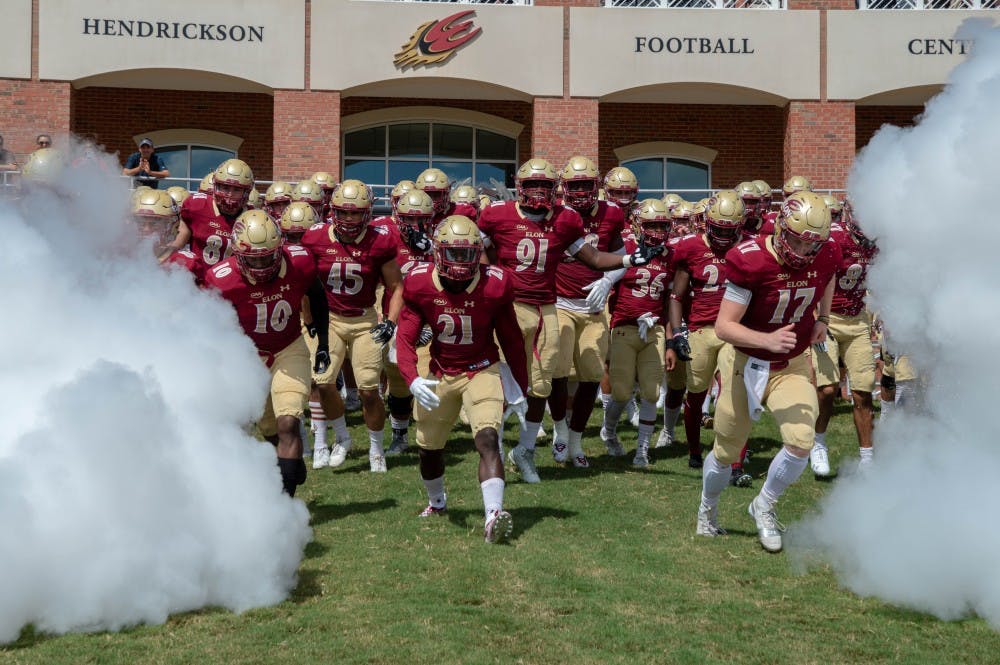 The Colonial Athletic Association Football announced it would be playing on an adjusted schedule in the spring, according to a press release. The schedule includes a shortened six game schedule with two optional out of conference games, which would not be counted in the conference standings or tie breaking procedures. Play is expected to resume on March 6 and continue on through April 17.

In the press release, CAA commissioner Joe D’Antonio, said this announcement is the first step of creating a more definitive plan for football in the spring.

“Each member institution as well as the conference office, has additional protocols that must be finalized and approved in order to ensure a safe return to the field,” D’Antonio said in the release. “Health and safety remain at the forefront of every decision we are making, and we are hopeful about getting the spring 2021 season underway."

This announcement comes two weeks after a cluster of cases were first announced among athletes-including football players. Dave Blank, director of athletics, said it is important to understand that although athletics had clusters of coronavirus cases, those cases were accumulated through social gatherings, and not athletics practices.

Blank said that once teams are officially in preseason, each team will be tested once a week. This will then be increased to three times a week once they begin to play other teams. Men’s and women’s basketball are currently the closest to preseason, with their expected start date coming up on October 14th.

“We are in the process right now, like other universities and also within our conference, of identifying testing protocols and what those expenses might be,” Blank said. “We’re anticipating as the costs are continuing to come down, that we’ll get a better handle on that as we move forward.”

Blank said if there was a mid-season cluster of COVID-19 cases, athletics will be following National Collegiate Athletic Association guidelines. Blank said that if one positive case appears within a team, that team’s activity will be shut down.

As for fans, Blank said it is not up to Elon, but rather each state’s specific governors. In North Carolina Gov. Roy Coopers’ announced that North Carolina is set to Phase 3 of reopening. Cooper said that outdoor facilities with more than 10,000 seats can operate at 7% capacity.

“The most important thing is that our student-athletes get to compete,” Blank said. “We’ll follow the guidelines accordingly and do the best we can to give them an atmosphere that they’ll have fun playing in.”

Currently, the CAA streaming service FloSports for almost $13 a month. Blank said that if fans are not allowed to attend games, it will be up to the conference and what FloSports is willing to receive to determine if they can provide the service for free or a reduced price.

Blank said athletics is used to all sports being active in the spring. Even though fall sports are not usually in season during the spring, they are still training and using the same facilities. He said the difference this year is the possibility of multiple “fall-spring sports” and multiple “spring-spring” sports hosting at the same time.

“In February, for example, we could have a home football game and a home men's or women's basketball game or we could have a soccer match and a baseball game,” Blank said. “So we will be talking as administrators how to handle those things and try to minimize that at the conference level.”

Sophomore Gray Aust, who works for athletics, said he was “over the moon” when he heard the news.