Alamance County residents and Elon University students called for the removal of the Confederate monument in downtown Graham, the end of police brutality against Black Americans and the resignation of County Sheriff Terry Johnson. 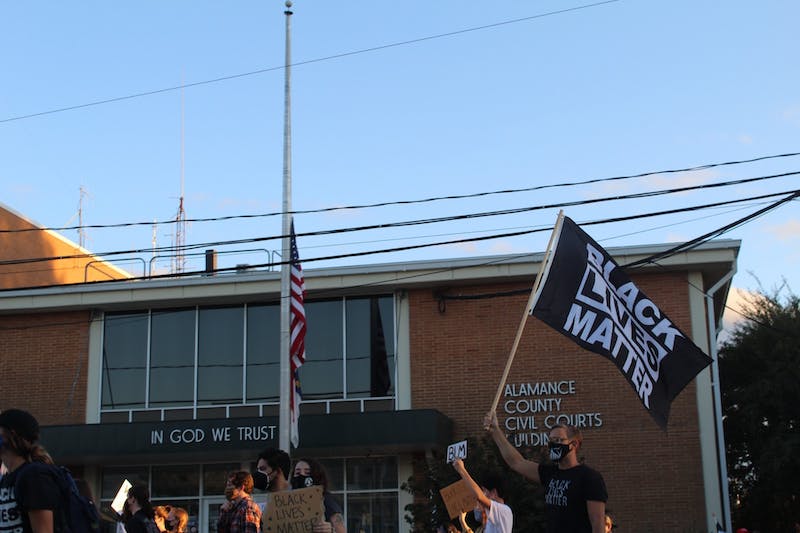 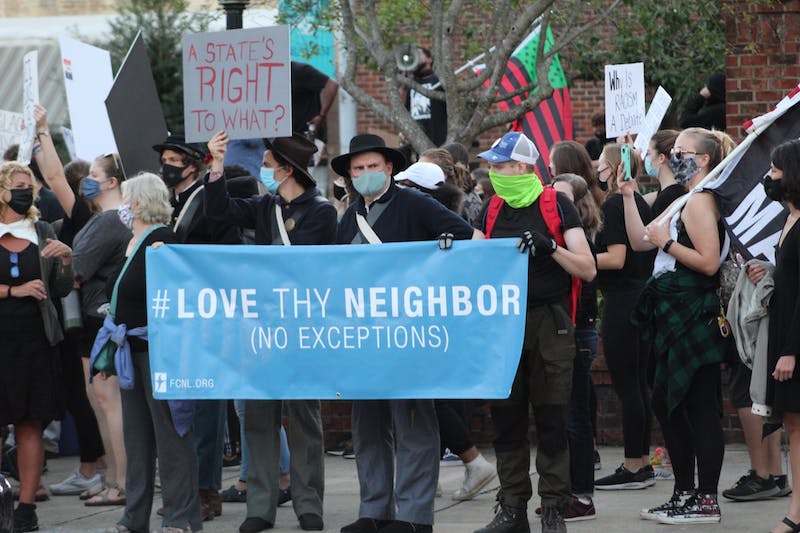 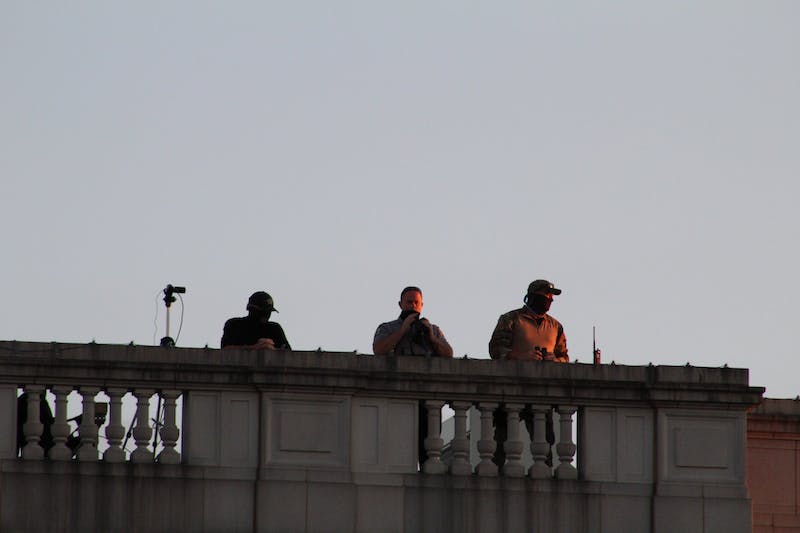 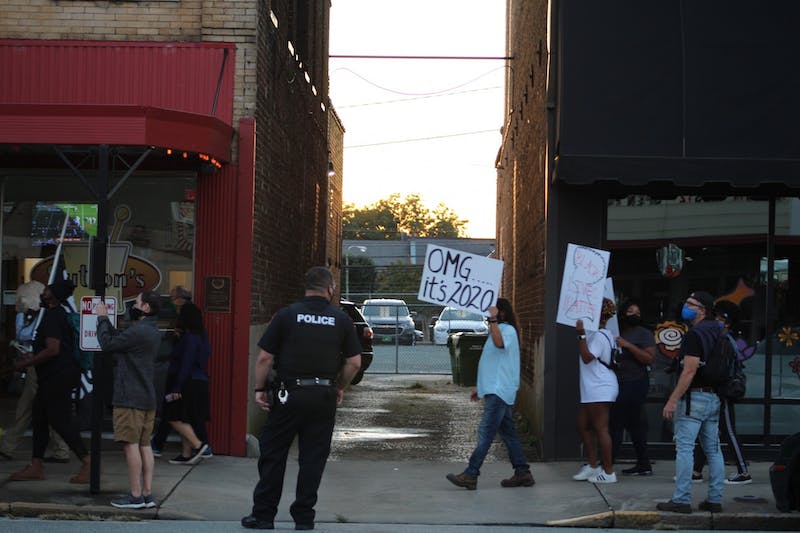 Updated Sept. 27, 2020 at 10:37am with information from the Graham Police Department about the number of arrests made.

More than 250 people took part in a protest Saturday night calling for an end to racism.

“March On, Graham” began on S. Main Street in Graham and ended in downtown, in front of the courthouse and Confederate monument.

Gloria Cadet, a sophomore at Elon University, said she was inspired to speak out following the Pro-Trump convoy that passed through Elon’s campus last Saturday. Some drivers were filmed yelling slurs and racist messages, like “white power,” leaving Cadet questioning her safety.

“My family was with me when that happened and it just brought up a lot of concerns, like 'Am I safe on campus?, Is campus really caring about me as a Black student on campus overall?' And it just disgusted me that they took so long to respond about what was going on,” Cadet said.

This was Cadet’s first protest. This protest left Cadet motivated to keep fighting for racial equality.

Protesters were chanting for the removal of the Confederate monument in downtown, the end of police brutality against Black Americans and in remembrance of Breonna Taylor, following the grand jury decision that did not charge the cops involved in her killing.

In Graham tonight where preparations for the "March On, Alamance" are underway. Barricades are around the courthouse and Confederate monument in downtown. @ElonNewsNetwork pic.twitter.com/dUHXhfTzcx

“He’s the same man who has looked in the eyes of myself and my comrades and threatened us,” one of the organizers said to the crowd. “He has looked in our eyes and assaulted us physically. And this man laughs about it. It’s a joke to him, he thinks it’s funny.”

Police were present for the duration of the protest, directing traffic in downtown Graham. They were also limiting protestors to the sidewalks, not allowing them to protest in the street.

The protest remained peaceful up until around 8 p.m., when several clashes between police and protestors occurred. Elon News Network witnessed police take three protesters into custody. Seven people were arrested in total, according to the Graham Police Department. Police said details surrounding the arrests are not available at this time.