The announcement, which cites coronavirus safety concerns, changes football plans and addresses other fall sports plans which were unknown 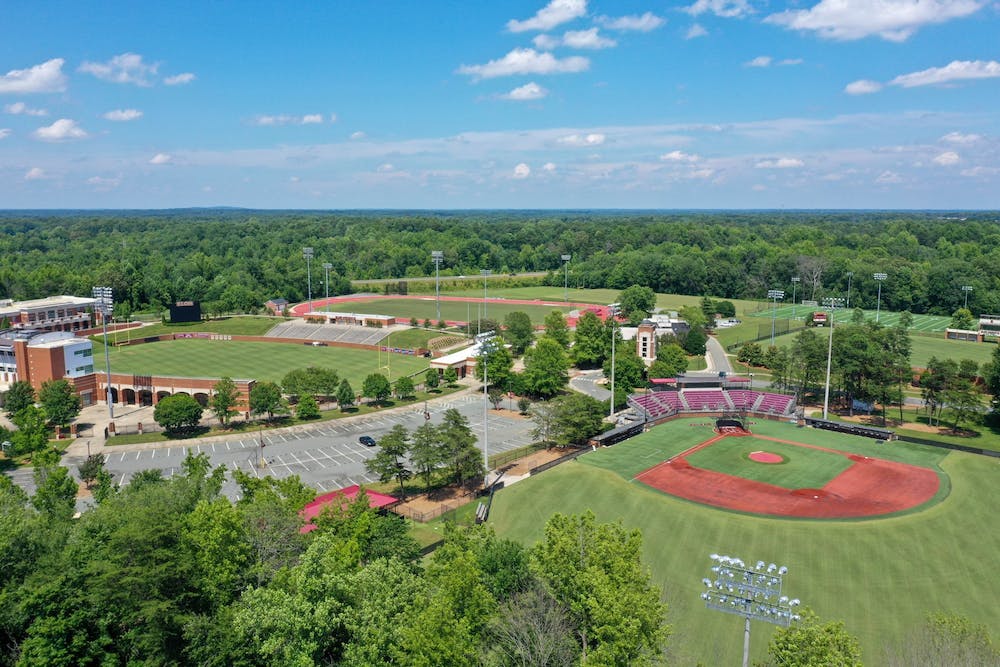 Updated August 10, at 6:13 p.m. to include quotes from football head coach.

Elon University Athletics announced today that all fall sports will be suspended in hopes that games can start in the spring depending on guidance from the Colonial Athletic Association and the NCAA.

“Player safety was paramount in this decision,” athletic director Dave Blank said in the announcement. “When considering everything involved in trying to compete, including testing, contact tracing, scheduling challenges and travel away from campus, delaying these seasons allows us to provide student-athletes with the safest and best possible playing experience current circumstances will allow.”

The announcement also said that men’s and women’s golf as well as tennis play dates will also be postponed to the spring.

As for football, the Elon Phoenix were one of two CAA football teams trying to create an alternative schedule after the CAA announced it would not hold a football season this fall. The James Madison University Dukes, reigning CAA champions, announced August 7 that it would suspend it’s fall campaign. This was the same day that the Football Championship Subdivision announced it would no longer hold a postseason.

“We’re to the point now where we’re like ‘OK, this is the best thing for our kids’,” Football head coach Tony Trisciani said. “Our guys will be excited to play football when we can next. Hopefully we’ll have an opportunity to play in the spring. In the short term here, we’re going to continue to prepare, make sure we’re getting better everyday, focus on player development and healthy habits to make sure we’re keeping our team safe.”

Trisciani said the team hopes to continue training similarly to how they’ve been conducting summer workouts, which include small group training sessions on the field and trips to the weight room.

Fall sport athletes will have to wait on how off-season workouts should be handled until the CAA and NCAA release adjusted guidelines. While the NCAA has released limited guidelines, the CAA has not released adjusted rules.