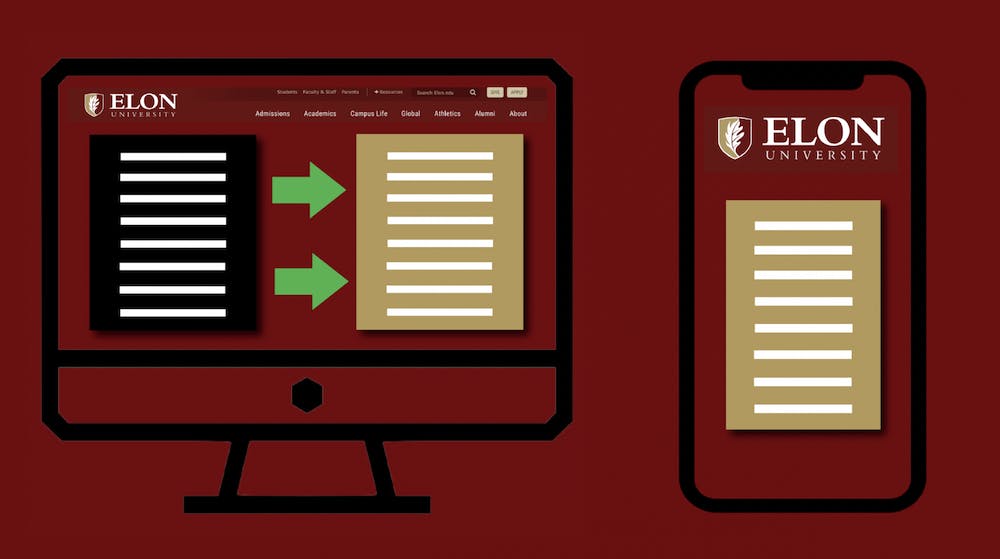 
The bias reporting system has been in place for seven years.

Conversations over how to reform the bias reporting system at Elon have erupted online following racist comments made in an Elon College Republicans GroupMe, with many sharing personal stories about the system and over 1,500 people signing a petition for reforms.

Elon did not always have a bias reporting system — students were first able to submit online reports and use the reporting hotline starting in the fall of the 2012-2013 school year. Throughout the approximately seven years it has been in place, there have been changes to the system, according to Sylvia Munoz, assistant director for the Center for Race, Ethnicity & Diversity Education and director for El Centro.

“The changes I know have been based on conversations with students,” Munoz said. According to her, the office that dealt with the system back then would hold “fireside chats,” where students could come and offer their suggestions.

One of the major changes has been an increased partnership with identity centers on campus, such as the CREDE, according to Munoz.

“When an incident has to do with race or ethnicity, then there is direct communication with us at the CREDE, so that that was a big change,” Munoz said.

“We want to ensure we have a system that is responsive to these types of incidents and that has the confidence of the campus community,” Dooley said.

Dooley said although social media can be useful in spreading information, more in-depth conversations can be a better strategy.

“In many cases, a more effective strategy for debate and dialogue is to have more serious and in-depth conversations about the issues and concerns that we are facing today,” Dooley said. “This type of engagement is central to our mission as an educational institution.”

Dooley encouraged students to use the bias reporting system to continue voicing concerns.

“We received an influx of bias reports this weekend about exchanges and comments shared widely on social media,” Dooley said. “The university continues to encourage all members of the campus community to use the bias-reporting system to raise their concerns, and we ensure that every report is taken seriously and investigated fully.”

He also encouraged students to speak with faculty and staff, and said members of the community can submit their suggestions to the Office of the President.

Dooley recently released a statement emailed to students, outlining current and future actions the university is taking to combat bias and increase diversity on campus, including “strengthening support networks and increasing staffing dedicated to the success of historically marginalized groups” and “advancing the intercultural competency of all students, faculty and staff.”

Leigh-Anne Royster, director of the Center for Equity and Inclusive Excellence said she is putting together a group from the Bias Response and Education team at Elon to hold focus groups on the system.

“I am 100% open to hearing feedback of reform to our bias response processes and practices,” Royster said. “I am open to listening to your frustrations and fears and anger and then also helping to be a catalyst for turning those things into action and change.”

Moving forward, Munoz believes there are ways to improve the current system. She also urges students to submit their suggestions.

“I think that any system has to evolve as the different types of students arrive here and the different circumstances push it to evolve,” Munoz said. “If there are students that have suggestions on how the system can be reformed I think that they absolutely need to submit those.”

Munoz also believes in going beyond the system and using education as a way to prevent bias-related incidents from occurring on campus.

“I think that I would go a little bit further and push those students to go beyond the system,” Munoz said. “I truly believe that the answer is education.”