The president of Elon College Republicans said that two members of the organization have been dismissed. An online petition is calling for the chapter’s suspension. 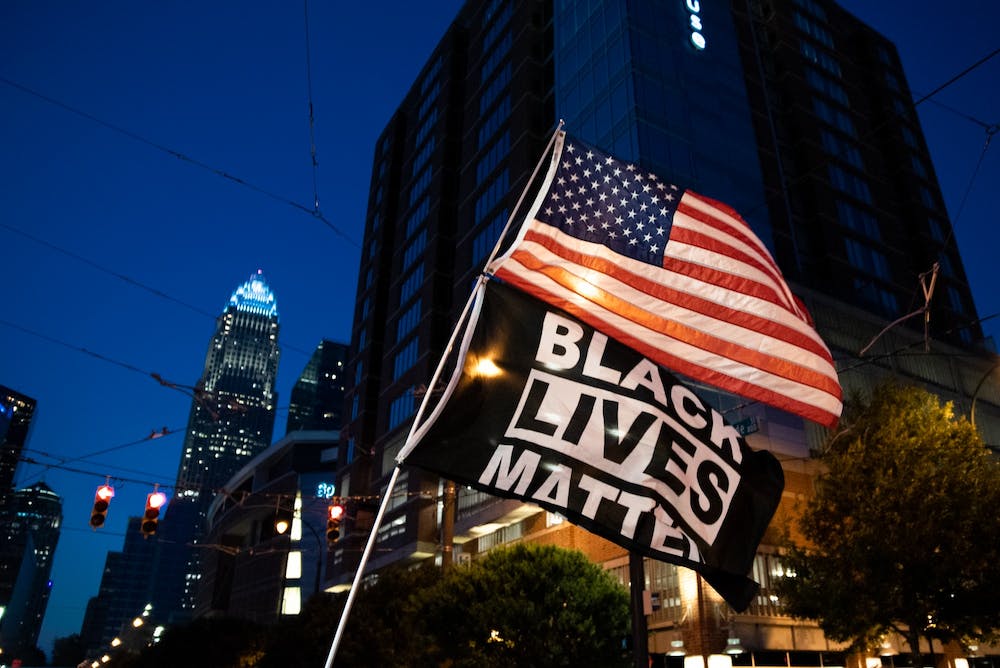 Members of the Elon community are condemning racist remarks made in an Elon GOP group chat formerly managed by Elon College Republicans. Now, over 1,000 individuals are petitioning for the chapter's suspension.

In a series of messages posted in the now-deleted GroupMe chat, several Elon students made comments critical of both black Americans who are killed by police and the Black Lives Matter movement.

The comments come after nearly two weeks of protests following the death of George Floyd, a black man who was killed by a Minneapolis police officer who knelt on his neck for more than eight minutes.

Below is the transcription of messages regarding the controversial comments made in the early morning hours of Saturday, June 6. The messages preceding this conversation were not captured before the group chat was dissolved following a vote by Elon College Republicans’ executive board. It’s authenticity has been confirmed by Elon junior and College Republicans’ President Daniel Dorociak.

Elon sophomores Gabriella Sable and Jamie Barfield discuss the death of Breonna Taylor, an emergency room technician, who was shot and killed by police on March 13. Taylor would have been 27 last Friday.

Louisville Police were investigating Taylor’s apartment after they believed her residence was being used as a place to receive packages related to a drug operation, according to the New York Times. Based on a judge's “no-knock” warrant, the police were allowed to enter Taylor’s apartment without warning and without identifying themselves as law enforcement. However, the police claim that they did knock. Taylor’s boyfriend, Kenneth Walker, shot and wounded a police officer after he thought someone was breaking into their apartment arguing self-defense. Officers returned fire and shot Taylor eight times, killing her, according to the The Courier Journal. Taylor had no criminal history.

“I know myself, and know there was not racist intent behind the words I said,” Barfield said. “That being said, a lot of people who don’t know me, have seen that comment. If someone did not know me, I can see how they would perceive that comment to be racist.”

“After re-looking at them, [the messages] were definitely insensitive, and yes, I would call them racist,” Dorociak said.

Zaccaria has started a Change.org petition calling for Elon’s College Republican chapter to be suspended until their executive council and members go through anti-bias training.

Elon sophomore and black student Trinity Battle expressed her anger over the messages in a tweet.

absolutely disgusted with this behavior. its both disturbing and scary to go to school with people who lack empathy like this. go get em. https://t.co/bWLkA6mLeW

“I was frustrated, I was obviously upset in every conceivable way that a person can be upset,” Battle recalled when she first read the messages. “Going to school with these people who think like this is really, really scary, because you know as a black student you got the option to go to historically black college or university. You have that choice. It was a choice going to a predominantly white institution.”

Dorociak said he is committed to making changes and that Barfield and Sable have since been dismissed from the organization.

“We definitely as an organization are going to do some sort of training and some sort of communication with members that have been affected by what has been said,” Dorociak said.

Barfield has since apologized to the Elon community, “especially” the black community, and says she is looking to improve her  “rhetoric, empathy, and knowledge on the struggles of people of color.”

“I was not thinking about the consequences of my language at the time and also felt that those in the group chat knew me well enough to know that conveying a hateful message was not my intent,” Barfield said. “I do not condone the death of George Floyd, Breonna Taylor or any other person wrongfully harmed or murdered by a police officer, and I believe justice should be served to the police officers who harmed them to the fullest extent of the law.”

Barfield went on to add that her comments weren’t against the black community, but instead “it was against the way the movement is being conducted.”

“I have done a lot of reflecting today on my comment and how hurtful it was to the Elon community, and I deeply apologize to the students, faculty and staff affected by what I said,” Barfield said.

Sable did not respond to Elon News Network’s calls, texts and emails for comment.

Dorociak and fellow group chat member senior Hannah Strickland said their conversation following Barfield and Sable’s comments were in reference to previous comments not seen in the screenshotted messages.

“The previous conversations had absolutely nothing to do with the statements made by Jamie and [Gabriella], or about the [Black Lives Matter] movement in any way,” Strickland told Elon News Network. “My comment was made well after the girl’s comments were added because that is when I finally opened the app and wanted to respond to and continue the conversation that was happening before.”

Strickland said she had an earlier conversation on race relations and “tactics of addressing this in conversations with people.”

“I truly regret that I did not tag the two guys I was talking with, or make it clear that I was explicitly responding to them,” Strickland said.

“I deeply and truthfully regret ever adding a like to that comment. Looking back on everything, I can absolutely see how what was stated was unacceptable and extreme,” Strickland said. “It was a nonsensical and idiotic thing to do, as the statement made was clearly tasteless and deeply offensive.”

“No racist comments or racist opinions regarding any political movement or individual will not be tolerated in the College Republicans of Elon University,” Elon College Republicans posted to their Instagram page. “I understand that what members of our party say can come off to others as racist yet that is not acceptable.”

The statement came after screenshots of the messages circulated on social media. Dorociak admits that he saw the messages earlier, but didn’t take immediate action.

“In all honesty, I did and I will admit that I did read those and I apologize immensely for not taking action on that earlier,” Dorociak said. “I should have and I did not and I will openly say that I needed to.”

Earlier in the week, Elon College Republicans released a statement voted on unanimously by the organization’s executive board in which they said that “Black lives do matter.”

“The ruthless murder of an innocent man is sad, and sadly reflective of a racist police officer’s views,” their statement said. “As a club, we stand united against the horrible institution of racism in our country.”

Zaccaria said she was happy to see their original statement, but feels it has “fallen apart” since the discovery of the messages.

“I think it is important that College Republicans say that black lives matter,” Zaccaria said. “I don’t necessarily doubt that they as an organization feel that way. However, if anybody in your club is saying racist things that don't align with that overarching value that you claim to present, then that value doesn't exist anymore.”

Last night, members of both the College Republicans and College Democrats held a two-hour meeting centered around a discussion of creating healthy dialogue between the two organizations. However, Elon senior and College Democrats President Alexis Malaguti believes the focus should be on holding members accountable.

“It is reprehensible that no action was taken by College Republicans until public backlash, a point that I brought up in our meeting,” Malaguti said. “Black Lives Matter isn’t a partisan issue, and it’s important for Elon students to know that every organization will hold their members accountable and not maintain a system of overt and or covert racism.”

Independent of Elon College Democrats, Zaccaria said she hopes that both groups can foster change.

“My main goal today was to hold people accountable and to promote growth,” Zaccaria said. “We don’t want this to be the beginning of a rivalry between the two organziations. That’s not productive. That’s not what we want. We respect different ideologies. We just don’t respect hate and hate isn’t an opinion.”

Battle said people need to learn the repercussions of their words.

“Accept the fact that there are things that you need to learn and accept the fact that your discomfort about racial conversations, does not beat our discomfort with experiencing actual racism,” Battle said. “Before you send that text before you get into a conversation before you make an offhanded comment. Ask yourself okay if a black person heard me say this, would this be okay.”