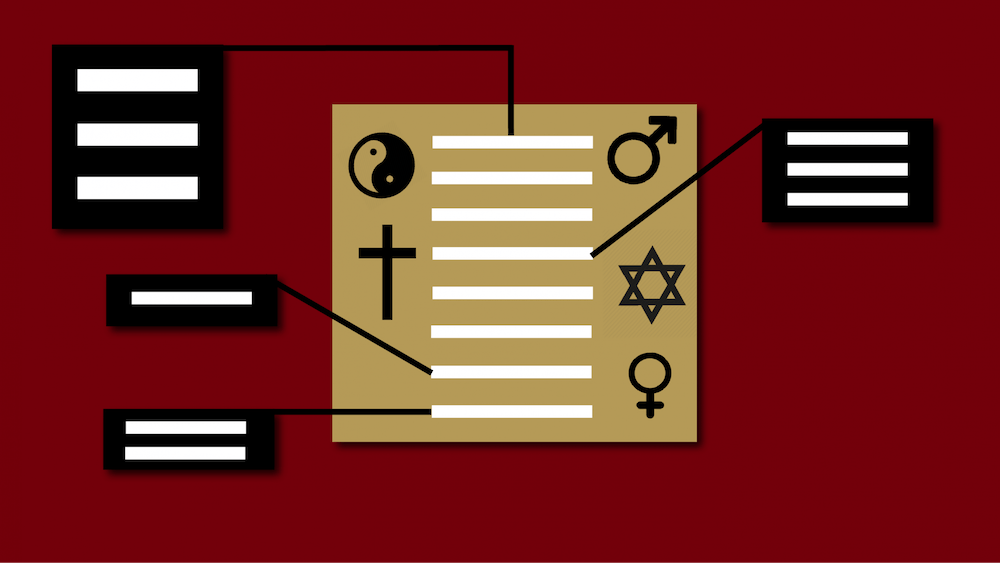 
The Office of Student Conduct is responsible for determining action from bias reports.

Bias reports have recently been the center of controversy online for many Elon University students, after concerns over the system emerged in a Facebook group called Elon Students and Alumni Against Racism.

Reports submitted by students first go through the Center for Equity and Inclusive Excellence before being sent to the Office of Student Conduct. It is there that determinations are made of whether or not an incident is in violation of the Code of Conduct under the student handbook, and not at the CEIE, according to Leigh-Anne Royster, director of the Center for Equity and Inclusive Excellence.

According to Jenni Spangenberg, director of Student Conduct, all bias-related incident determinations are made from the Code of Conduct section under Prohibited Conduct, Social Policies: Bias-Related Conduct, located in the student handbook.

Conduct directed toward a person, or persons, that is intimidating or hostile in nature based on actual or perceived age, race, color, creed, religion, sex, national or ethnic origin, disability, sexual orientation, gender identity, or veteran's status. Bias-related conduct may be in verbal, written, electronic, online, graphic, or physical form. The determination as to whether this policy has been violated takes into account the totality of the circumstances. This policy is not intended to undercut the free exchange of ideas even on sensitive topics, but rather to prohibit personal threats and hostile conduct motivated by bias.

Online, students have asked why or how the kind of language used in the Elon College Republicans group chat — in which students criticized Black Americans killed by police and the Black Lives Matter movement — has not been determined as hate speech under the Code of Conduct and Honor Code. Legally, this is more difficult to address, according to Royster.

“A common challenge is that people misuse or interchangeably use terms like discrimination or harassment or hate speech or bias,” Royster said. “There are languages and pretty careful definitions around those things.”

Royster has received emails from students voicing their concerns over the language used in the College Republicans group chat. Given Royster’s understanding of the code, the College Republicans language may not be considered in violation to the Code of Conduct, she said, prompting backlash online over what is and is not considered a conduct violation.

“In my experience, Student Conduct has not held as a violation of the Code of Conduct speech that does not target or create a hostile environment for a particular group,” Royster said. “The way that has been decided before — there's a lot of things that go into that I'm sure for them — but one of the things that has been a factor is somebody being targeted.”

Royster said although she wasn’t saying students of color weren’t targeted in the statements made in the College Republicans group chat, Student Conduct has previously decided to take action based on whether or not a specific person is being targeted or singled out.

Her intention in her replies to students who filed bias reports related to the College Republicans case was to consider other possibilities if the issue is not determined a violation by Student Conduct, Royster said.

“In the event that it is not considered that by Student Conduct, I want to pursue other avenues for redress and accountability,” Royster said. “I am willing to respond and spend energy on anything — it doesn't have to be a Code of Conduct violation for me to spend our center’s energy on it.”

Royster said she looks for two things when responding to incidents: a relationship between the parties — whether or not they know each other, such as in a friendly, professional or romantic way — as well as what the reporting parties want to see happen as a result.

“If somebody is in relationship with someone, then we might have an opportunity for transformative justice,” Royster said. For example, if two people know each other, she can engage them in turning a harmful situation into progress in their relationship, according to Royster.

The only parties who would have knowledge of an outcome would be those directly involved, Royster said.

“If someone is singled out and they are the complainant party, then they would be able to have knowledge of an outcome of a situation that goes through Student Conduct differently than if someone just reported something but they weren't the targeted or complainant party,” Royster said.

Another barrier in the system has to do with anonymity, according to Royster. Reporting parties are able to request anonymity, making it difficult to follow up with them on a case, which can sometimes create a feeling that nothing is happening, Royster said.

If Student Conduct finds someone in violation, there are different outcomes listed in the Student Handbook, Spangenberg said. For example, a first offense can cause a student to receive disciplinary probation, potential suspension, educational or restorative project or program completion, or a loss of social and housing privileges, according to Spangenberg.

The university has also revoked admissions from students, a decision that has before been made by University Admissions in consultation with the CEIE office, according to Royster.

“On average, one or two offers of admission are rescinded in a given year,” Greg Zaiser, vice president for enrollment said. “If we learn of information that is incompatible with Elon’s values, we investigate, interview and have to make difficult but important decisions.”

Once a student is admitted, though, these kinds of decisions would go through the Student Conduct processes, according to Royster. Royster said that although she is not opposed to these forms of accountability, she sees her role as one of education.

“I am not opposed to accountability like that, meaning folks can't hold leadership positions, folks might not be eligible for particular scholarships, folks might be denied admission,” Royster said. “I do think that in my professional capacity as director of the center that focuses on education, that once members are a part of our community, it is my professional responsibility, in many cases, to see if productive change can happen.”