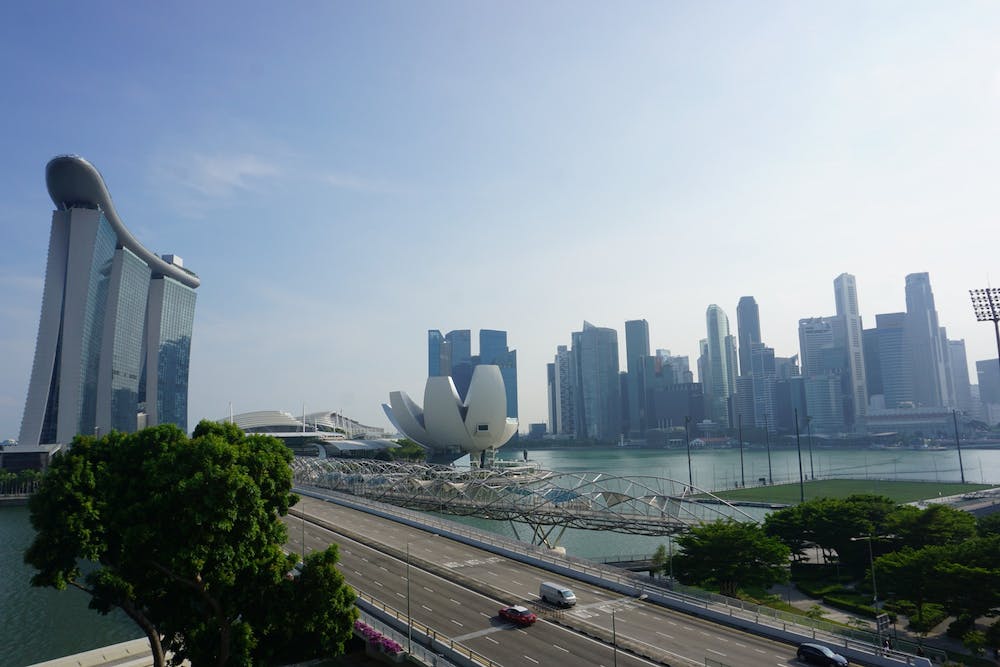 
The Singapore skyline and Marina Bay Sands. Singapore was one of the countries the short term course Business In the Pacific Rim was supposed to travel to .

Elon University’s Winter Term study abroad programs have been canceled because of coronavirus concerns, according to an email from the Global Education Center sent out to students enrolled in Winter Term travel courses.

“It is with mixed emotions that the Global Education Center announces the cancellation of our global short-term programming for January 2021,” an email from Janelle Papay Decato, associate director of global short-term programs said. “After many discussions with program leaders and providers, we believe that the best course of action at this time is to cancel our faculty-led programming for January 2021.”

The email cites faculty and student health concerns, along with financial implications for families and travel restrictions as other reasons for canceling this year’s trips. The GEC is waiting for a university decision on whether or not calendars for Winter Term and spring semesters will be shifted, according to the email.

Originally, a statement — that has since been removed — posted on the short term study abroad webpage said students would be credited back their initial $400 payment and that they would not be responsible for the program costs. According to Shannalee van Beek, communications manager of global education, students had not yet been billed for payments before the cancellations, and therefore there is nothing to credit back.

Sophomore Isabel Bufton was planning to travel to Paris and Montpellier in France when she learned the trips had been canceled.

“I was so upset and disappointed when I received the email saying all J-Term abroads were canceled,” Bufton said. “I support the university’s decision to cancel, but it just seems that there hasn’t been any positive news lately.”

Winter Term lasts through the month of January and gives students the opportunity to take a short term abroad course. For Junior Eve Ritsema, this would have been her first time out of the country.

Ritsema initially felt upset, but only for a few minutes, she said. Although she was excited to go to Machu Picchu in Peru, she said she understands the safety concerns.

“I understand that the pandemic is not slowing down in the United States and why other countries would be hesitant to open their borders to us,” Ritsema said. “Also since I’m only a junior it wasn’t as hard of a let down seeing as though I have another opportunity next year.”

Earlier this year, Elon recalled students studying abroad in the spring and summer because of coronavirus concerns.

Junior Lissy Shortall was also supposed to go abroad this January — after her Elon summer trip to LA was canceled, she was looking forward to traveling to Malawi in Africa. It was the service aspect of the trip that appealed to her, as well as the cultural differences.

“I’m definitely disappointed and wish that it were still happening, but I get why it’s not running and I think safety is more important,” Shortall said.

Fourteen out of 31 Winter Term programs planned for this year were to European Union countries. After reopening borders in early July, the European Union restricted travel access to Americans because of rising coronavirus cases in the United States.