CAA tournament to continue at Elon as planned despite coronavirus concerns

Heavy limitations to fans and spectators implemented by the CAA, purchased tickets will be refunded upon request 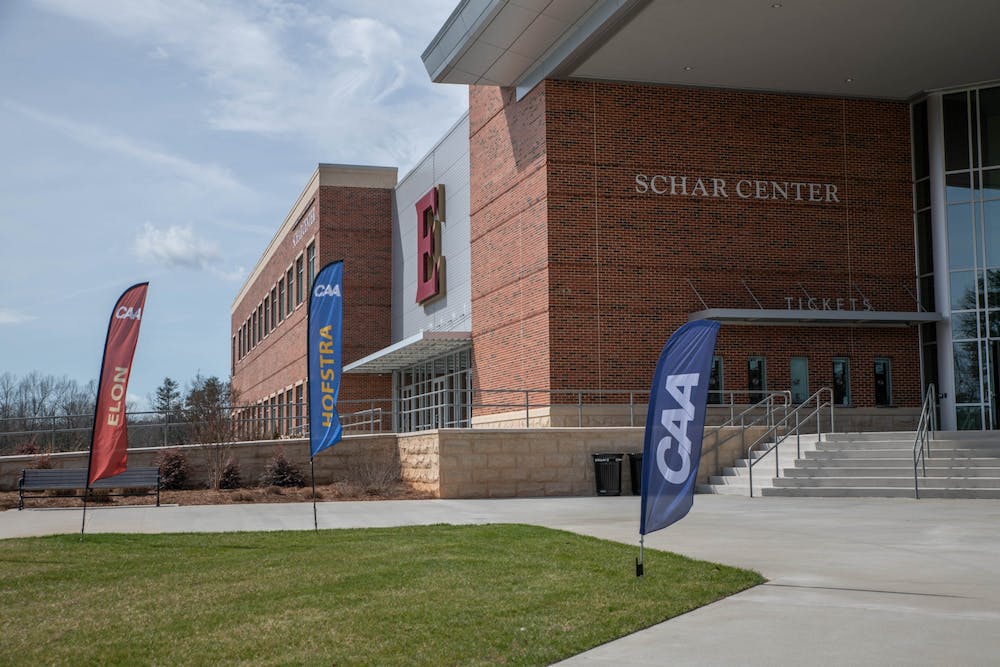 Updated as of Thursday, March 12 at midnight to include new CAA limitations to fans and spectators and game results.

Despite Elon University suspending in-person classes after spring break because of the coronavirus, no scheduling changes have been made to the Colonial Athletic Association’s Women’s Basketball Championship tournament. The tournament will run from March 11-14.

The CAA announced that beginning on Thursday, March 12 heavy limitations to fans and spectators would be implemented.

According to a CAA release, "all games will be played with only essential tournament personnel, band and spirit squads, limited school administrators and student-athlete guests, broadcast personnel and credentialed media members. ... No additional tickets to the championship will be sold and previously purchased tickets will be refunded upon request. Other than bottled water, no concessions will be sold to fans in the building."

The first game of the tournament took place on Wednesday, March 11 in Schar Center between the University of North Carolina at Wilmington and the College of Charleston. Elon's women's basketball team played its first game on the same day against Hofstra University. The Phoenix beat The Pride 71-51.

According to Owen Covington, Elon University's news bureau director, the tournament will run according to schedule. Covington said the university is working alongside the CAA and monitoring the situation daily.

"It is a day-by-day situation in terms of us analyzing any and all matters associated with the coronavirus," said Joe D'Antonio, commissioner of the CAA.

The president of the NCAA Mark Emmert said in a statement on March 11, based on the recommendation of the NCAA's COVID-19 Advisory Panel, he recommends sporting events be closed to the public.

"We do believe sport events can take place with only essential personnel and limited family attendance, and this protects our players, employees, and fans," Emmert said.

The tournament starts a day after North Carolina Gov. Roy Cooper declared a state of emergency.

Three universities set to travel to Elon for the tournament — Towson University, Hofstra University and Northeastern University — have canceled or moved classes to an online/remote format because of the virus.