Student government delegates, members of administration, and Elon students had a conversation about mental health on campus 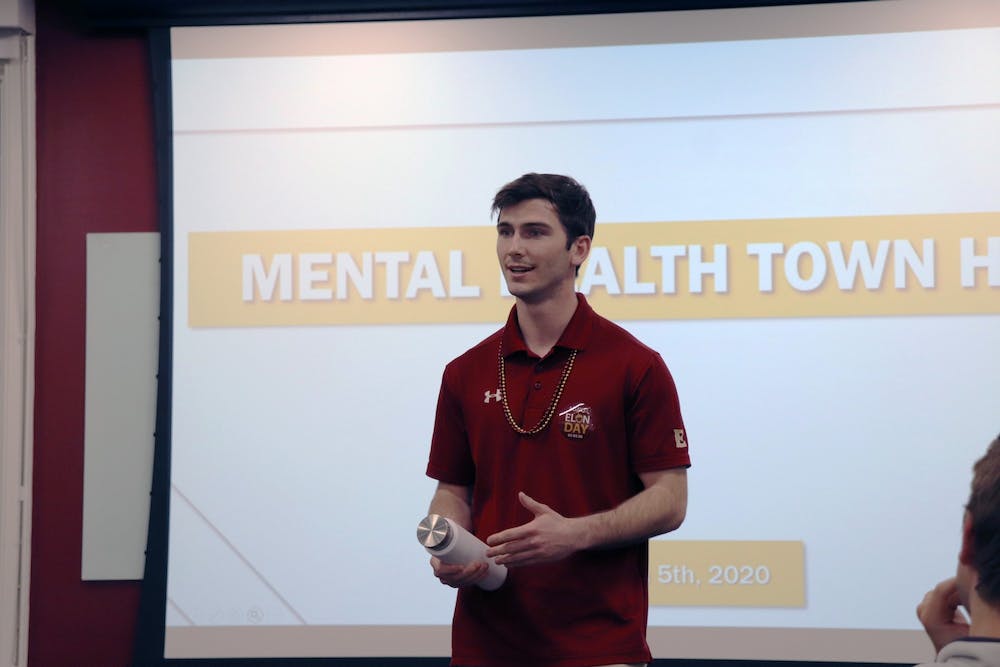 Student Government Association held a mental health town hall in Moseley Center on March 5 to discuss college mental health and some programs at Elon designed to help students cope with the stresses of college.

SGA members, Elon faculty and students attended the open conversation that involved different ways to be mental health allies for students on campus, as well as one another.

“Mental health is something that SGA focuses on, and part of the purpose of tonight is to shed some light on that,” said Jack Johnson, SGA executive president. “In addition to an institutional responsibility, it’s also a cultural responsibility we need to focus on.”

Attendees of the town hall took turns giving their input on how members of SGA can effectively respond to mental health concerns on campus.

“As student leaders, we have to be vulnerable as well as being role models,” said Laura Rossi, the senior class vice president. “There might be days where we are feeling down, and I think being open about it will help students going through the same things.”

According to a statistic from the SGA, five Elon students have taken their own lives in the last four academic years.

Francesco Storm, the SGA campus program senator and one of the moderators of the town hall, spoke about how to recognize students that need help and direct them to the facilities Elon has for students who are emotionally struggling.

“There’s a misconception about which students have difficulties,” Francesco said. “You would think that it’s the students who aren’t involved are struggling, but often times it’s the other way around.”

Getting students involved in counseling services and exposing them to the various mental health programs on campus were some of the solutions attendees spoke about. Sophomore Katie Grinnell brought up a mental health first aid training program on Elon Phoenix Connect.

“It teaches you how to know the warning signs, you can learn peoples reactions to emotional problems,” Grinnell said. “You can actually learn to help them.”