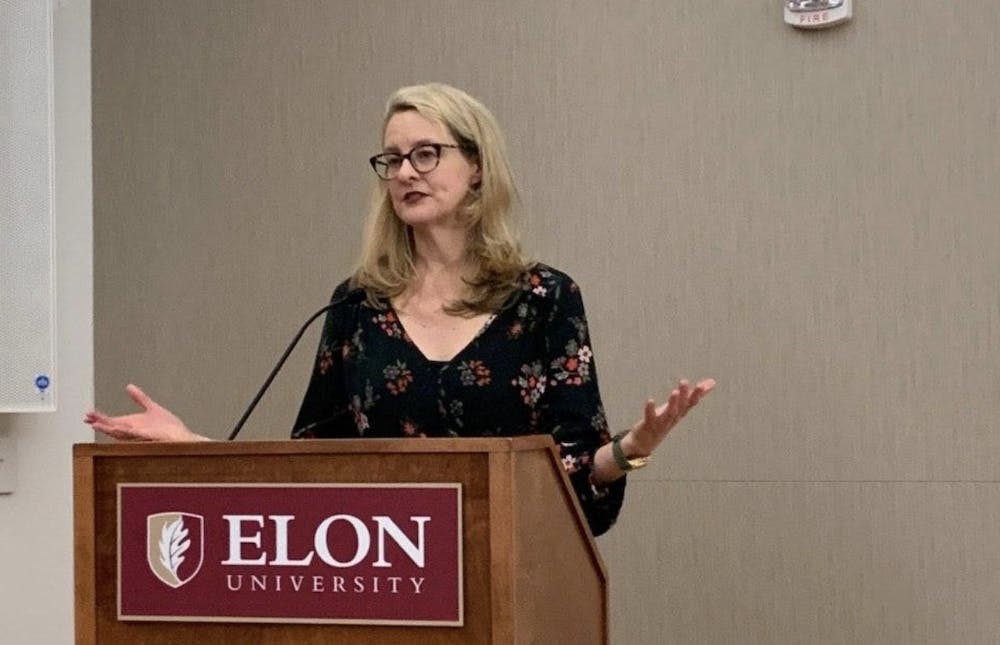 Former CBS producer Liz Kineke shared her experience in the "God Beat" and explained the need for religious literacy and why it is important in today’s climate on Monday, March 2 in Numen Lumen Pavilion.

Kineke, who produced 30-minute documentaries on religion, culture and public life for CBS, told the audience that religious literacy helped her understand the world better, and encouraged students to make a commitment to learn more about it.

“Religion is always in the room,” Kineke said. “It touches on every aspect of our society and is deeply embedded in our culture.”

Giving an example of 9/11 and the surge of hate crimes towards religious minorities in the aftermath of the attack, Kineke explained it all boiled down to a lack of understanding of minority religious groups. Kineke then compared it to the current sociopolitical climate, calling it a “breeding ground for hate and violence directed at religious minority communities.”

Professor of journalism, Anthony Hatcher, who teaches the class Religious and Media, spoke about Kineke’s sharing.

“It is a shame that there are not more religion reporters,” Hatcher said. “Ignorance brings assumptions which in turn, brings fear, and people always fear the unknown.”

He encouraged students to read more religious news stories, but to be mindful of opinions and facts. Hatcher recommended The Pew Religion Forum and the Religion News Services for reliable daily news on religion.

“There are too many opinions out there and not enough fact-finding,” Hatcher said.

Kineke added that following religious reporters on social platforms, like Twitter, and reading academic perspectives like The Pluralism Project can also help in gaining religious literacy.

Kineke’s visit was organized by the Center for the Study of Religion, Culture and Society and the School of Communications Department of Journalism.