Which area grocery store has the cheapest items for college students?

Five items at five different stores, which option is the least expensive? 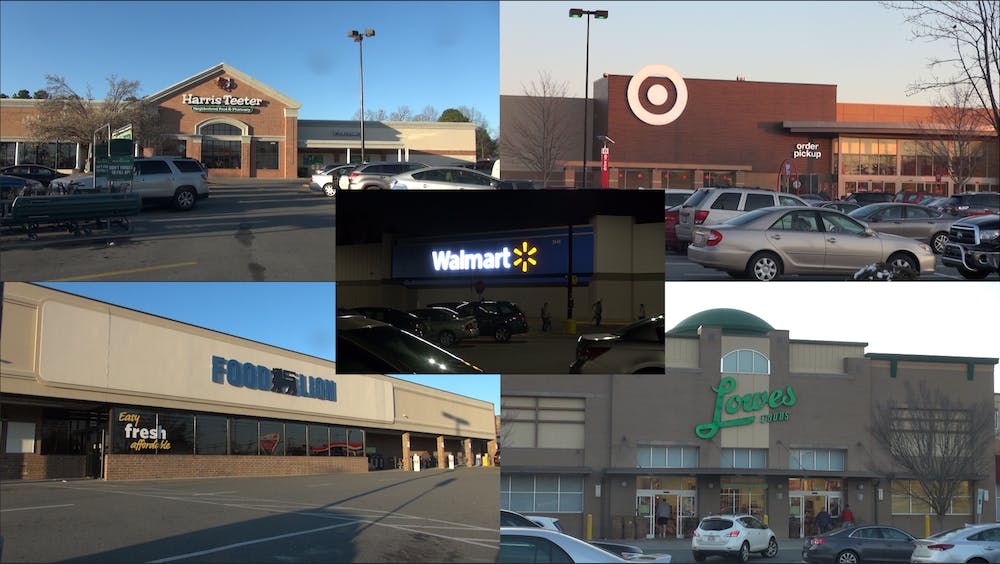 If you're an Elon student, there is a good chance you often head to the grocery store for snacks, meals or even drinks. With five major grocery stores just a ten-minute drive from campus, Elon is fortunate to have numerous options when it comes to shopping for food.

When comparing the total cost of the five items at the stores using the respective store's discount program, Target had the lowest bill coming in at $21.57 before tax. Wal-Mart was the second least-expensive store for our items with a total bill of $21.72

As for the most expensive grocery store we tested, Harris Teeter came in with a total bill of $26.05. This was nearly 21% more than the total cost of the Target bill.

An itemized break-down between the five grocery stores can be found below. The biggest price fluctuations were in orange prices and Nature Valley granola bars.

In order to save the most money, it is recommended you register for your preferred grocery store’s benefits program. In addition to discounting food, some programs discount gas as well. In addition, buying food in bulk often lowers the per unit value of a given product. For example, buying chicken breast packaged as two pounds may cost $12, but buying chicken packaged as five pounds may cost $20. Therefore, the per-pound cost would be $6 for the two pound chicken breast and $4 for the five pound chicken breast.