Profits made from potential increase would go toward education 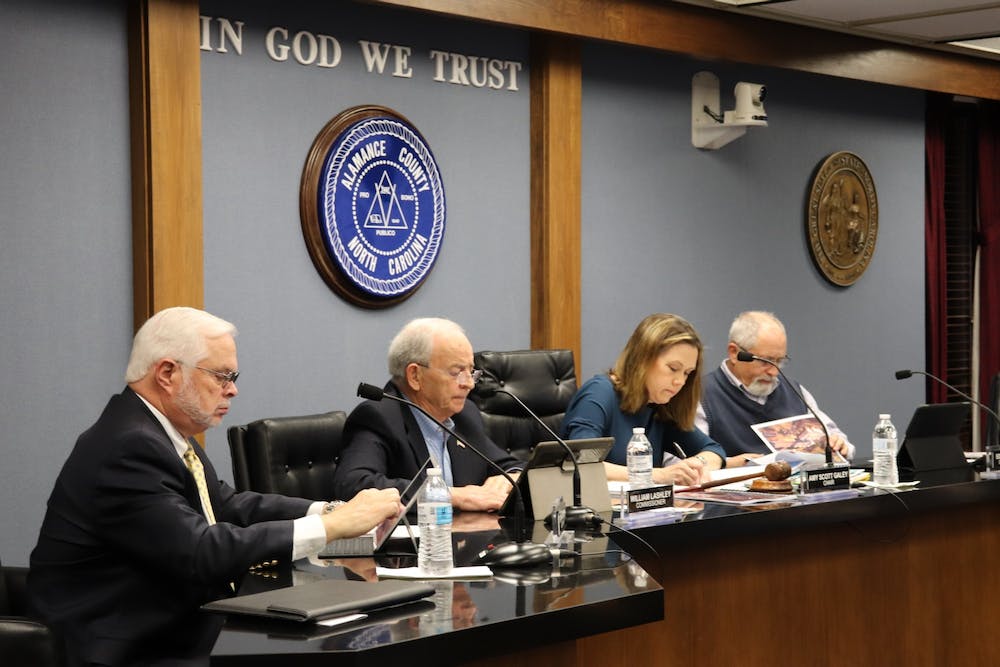 The March 3 primary ballot for Alamance County will have a referendum to establish a quarter-cent sales tax on the county, while also reducing property taxes for local taxpayers.

If passed, Alamance County residents would see their total local and state sales tax increase from 6.75% to 7%, which would provide about $6 million in revenue for the county.

According to the ballot, the 0.25% increase would be applied to all county sales and use taxes.

In a 4-1 decision, Alamance County Commissioners voted in an Oct. 21, 2019 meeting to put the referendum on the primary ballot rather than the general election in November 2020.

The four commissioners who favor the current referendum said it could allow them to factor the savings into the county budget before they take a vote in June.

“The next time we would have an opportunity to adjust the tax rate would be the next budget cycle in June,” said Steve Carter (R), the vice chair of the board who made the motion to add the referendum to the ballot. “So if we get it on earlier, and if it passes, we get to do something for the benefit of our taxpayers.”

Other commissioners explained that people who shop in Alamance County are already paying more than 6.75% due to the cash registers already rounding up to 7% when conducting sales.

“I think what’s really interesting to remember is that our sales tax right now is 6.75 cents, and they can’t charge three quarters of a cent,” said Amy Scott Galey (R), the chair of the board. “I think if people look at their receipts, they will see that they’re actually paying more than 6.75 cents anyway because the cash register rounds up to the next amount.”

In 2018, the county voted on and approved education bonds for the Alamance-Burlington school system and Alamance Community College, totaling over $180 million.

The same sales tax that will be voted on this cycle was also on the 2018 ballot, but did not pass.

“If you voted for $180 million in school bonds, you were going to have to find a way to pay for it,” Carter said. “Taxes in some form would have to go up.”

He said people from outside of Alamance County who drive through and spend money at places like Alamance Crossing, the Tanger Outlets, convenience stores and fast food restaurants will be the ones impacted by the sales tax.

“Most young people living at the university probably aren’t buying a lot of clothes while they are here,” he said. “What they’re spending their money on is gas for their cars and food for their apartment. They’re not even going to experience an impact from the sales tax.”