Female identifying students at Elon will be showcasing Vagina Monologues, a play about being a woman 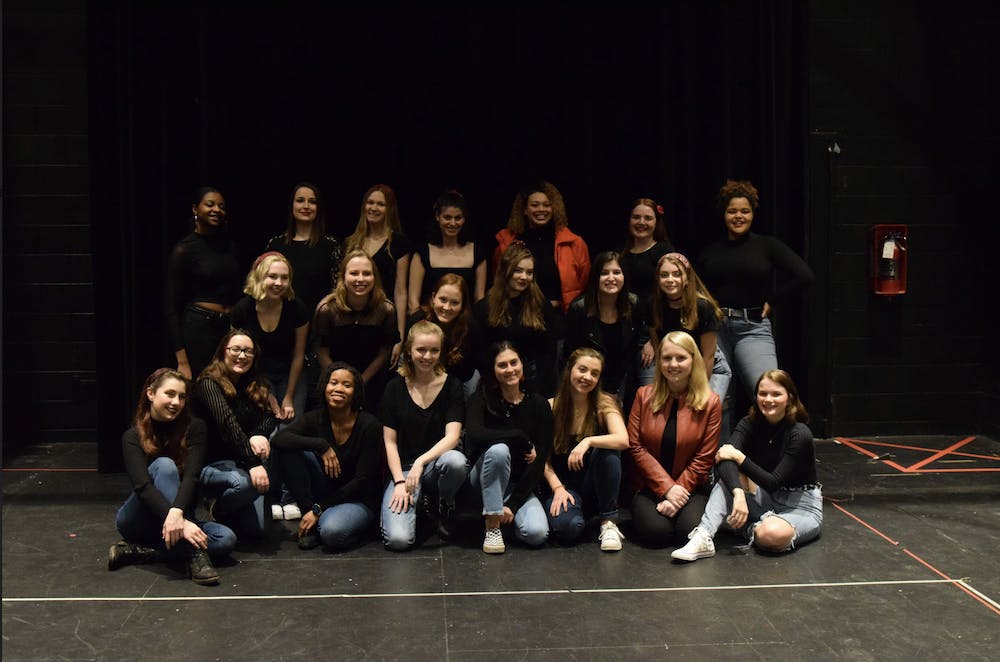 
The cast of Vagina Monologues posing for a pre-show photo shoot.

This Valentine’s Day, 22 Elon women will be taking the stage in the production Vagina Monologues, a play by Eve Ensler.

Produced by Elon Feminist for Equality Change and Transformation, Vagina Monologues will have showings 6:30 p.m. and 9 p.m. on Feb. 14.

Director MacKenzie Hall, senior, has been involved in Vagina Monologues since her sophomore year at Elon. Starting as an actress, she said she gained interest in her drama and theatre studies course with advisor of the production, Scott Proudfit, who has advised Vagina Monologues for over ten years.

“After having not performed for a year, I really wanted to be onstage again, so I went to auditions,” Hall said. “As I looked at all of the pieces that were available to read, the piece that spoke most to me was "My Angry Vagina." It was so funny, but it was also relatable and real.”

The play is written based on interviews done by Ensler conducted with hundreds of women and individuals with vaginas. Hall said as the director, her vision is to embrace the realness of these stories.

“The diversity among the stories Eve Ensler captured is so exciting because there are so many different types of women and people with vaginas in this world,” Hall said. “This piece asks all of them and of us as audience members about all of our own experiences, our relationships with vaginas.”

The production, supported by EFFECT, the women's, gender and sexualities studies department, and other areas and departments across the entire university, will be donating all proceeds from ticket sales to Alamance based organization Crossroads. The organization supports victms of sexual assault, abuse and human trafficking.