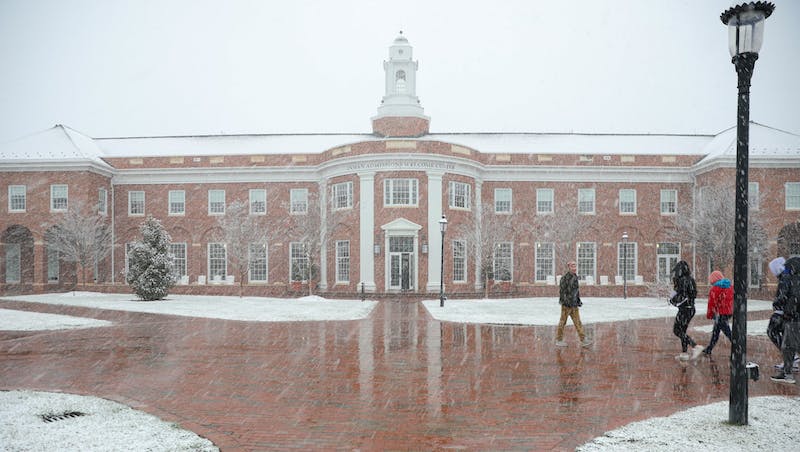 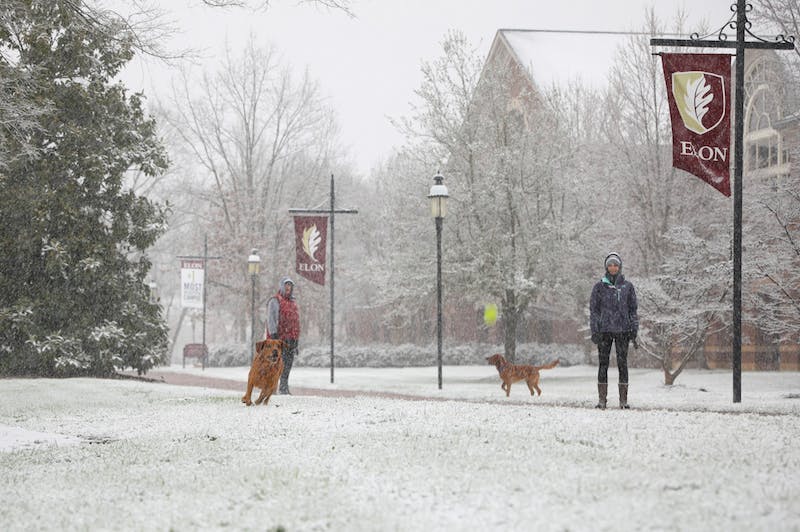 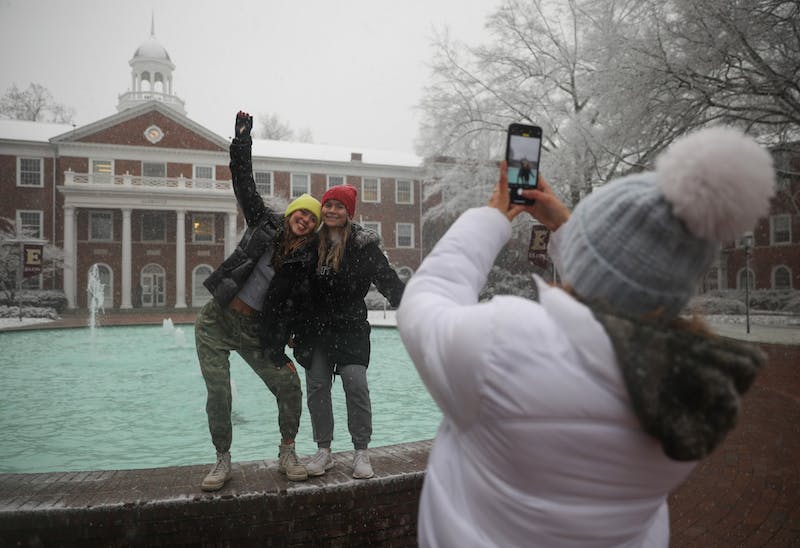 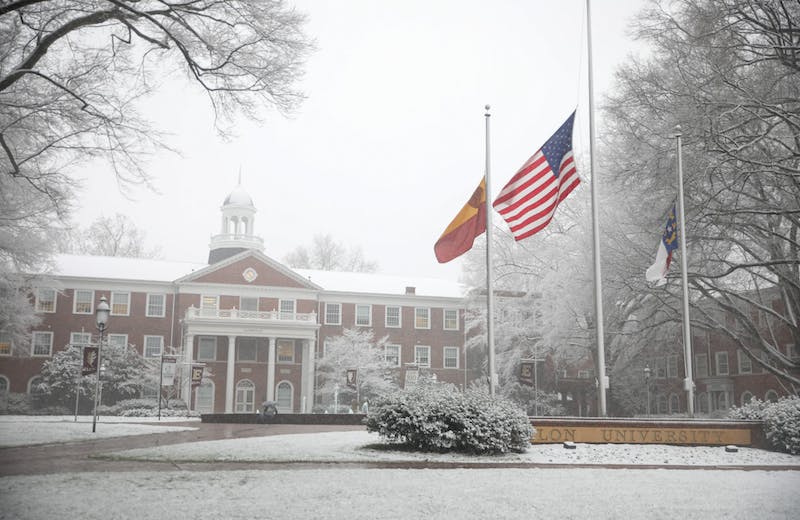 According to the National Weather Service, “accumulating snow is expected across much of central North Carolina today and tonight.” The service expects the total snow accumulation to be 1 to 2 inches. A winter weather advisory will be in effect until tomorrow morning.

Despite the snowy day, the Office of Admissions kept busy with tours this afternoon. All scheduled tours ran as scheduled through 2 p.m., the typical end of day for tours.

“Making sure everyone is safe is our top priority,” said an admissions counselor, who declined to give their name.

Sal Capatano, assistant supervisor landscaping and grounds, said that Physical Plant is waiting for “things to take shape” in regards to the snow. Later this evening, Capatano and his team will focus on clearing roads, parking lots and pathways, making sure students are able to get from place to place safely.

“One of the big spots we watch is the crosswalks,” Capatano said.” “The white stripes, believe it or not, get really slippery.”

Catapano and his colleague C.T Overman, groundskeeper, are waiting at their “spot,” on the walkway in front of Moseley Student Center, until there is snow to clear. According to Capatano, that could be as late as 9 p.m. Both are working overtime as they wait for the snow.

“Sometimes it's harder to sit and wait than work,” Capatano said.

According to Capatano, student workers of Physical Plant have the option to work this evening as well.

Overman says the last major snow storm at Elon was in 2018. He said that the Physical Plant worked “day shifts and night shifts” for three days as they worked to clear 14 inches of snow. The December storm canceled classes and altered the exam schedule.