A strong offensive showing propels the Phoenix to second victory of the season. 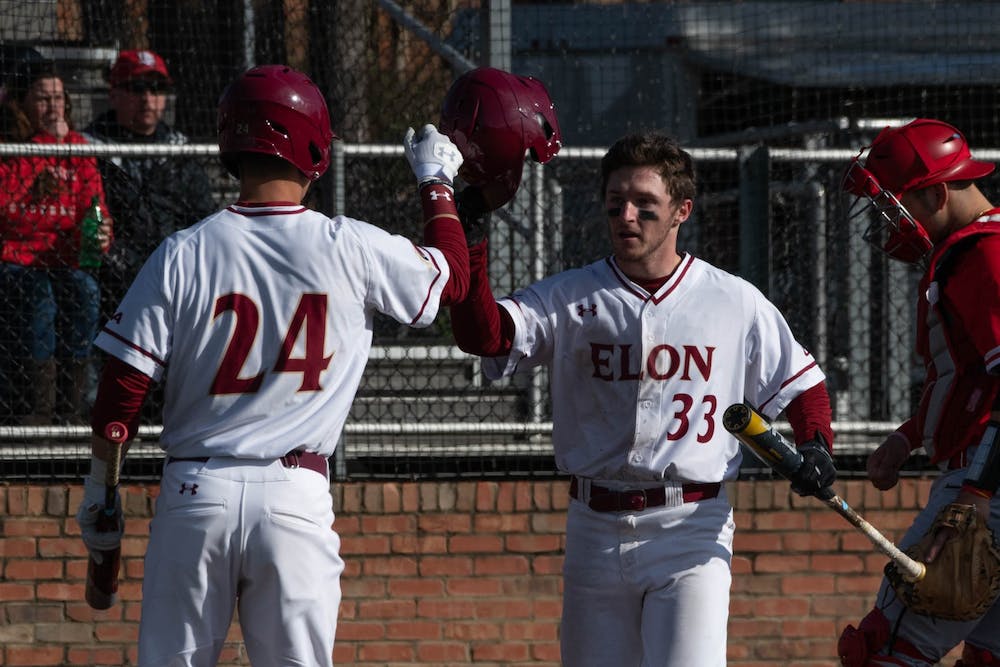 In the first inning, freshman Spencer Bauer made quick work of the Delaware State Hornets. Bauer retired three straight hitters, with two of them going down via strikeout. Bauer came out of the game with two outs in the fifth inning, and would finish with one earned run, five walks and eight strikeouts.

After the game, Bauer said he was excited to pitch in his first college game, and he talked about what the coaches were telling him as he progressed through his start.

“They were trying to tell me to stay calm. Just like any other time I’ve thrown this ball. Just doing the same thing I’ve been doing,” Bauer said.

Head coach Mike Kennedy said that some freshman pitchers can get too excited when taking the mound for the first time, but he didn’t have to worry about Bauer’s energy level entering Saturday’s contest.

“Bauer’s energy level, and I don’t mean this in a bad way, is nonexistent,” Kennedy said. “That’s actually good when you’re pitching.”

After combining to score 20 runs in Friday’s contest, the first few innings were a pitcher’s duel for Elon and Delaware State. The first run for Elon came in the bottom of the third when the Phoenix took a 1-0 lead. Elon increased its lead the following inning after senior infielder Adam Spurlin launched his second home run of the season over the left field wall to make the score 2-0.

The Hornets would have to wait until the fifth inning to get on the board. An RBI groundout from junior designated hitter Miguel Rivera made the score 2-1, with the Phoenix still in the lead. The following inning, Delaware State would tie the game on a sacrifice fly from junior outfielder Mark Herron.

The game would not stay tied for long. Elon regained the lead the following inning, and the offense continued to find ways to score. The Phoenix put the final nail in the coffin for the Hornets thanks to a three-run eighth inning en route to the 7-2 victory.

In the first two games of the regular season, the Phoenix have combined for 23 runs, but Kennedy said the offense on Saturday had to work harder than it did on Friday.

“I like some things we did today in terms of having to execute a bunt or moving a guy over or getting a guy in from third,” Kennedy said. “That’s how you win close games and we did a good job with that.”

The series finale for Elon and Delaware State will take place Sunday at Latham Park, with the first pitch scheduled for 1 p.m.