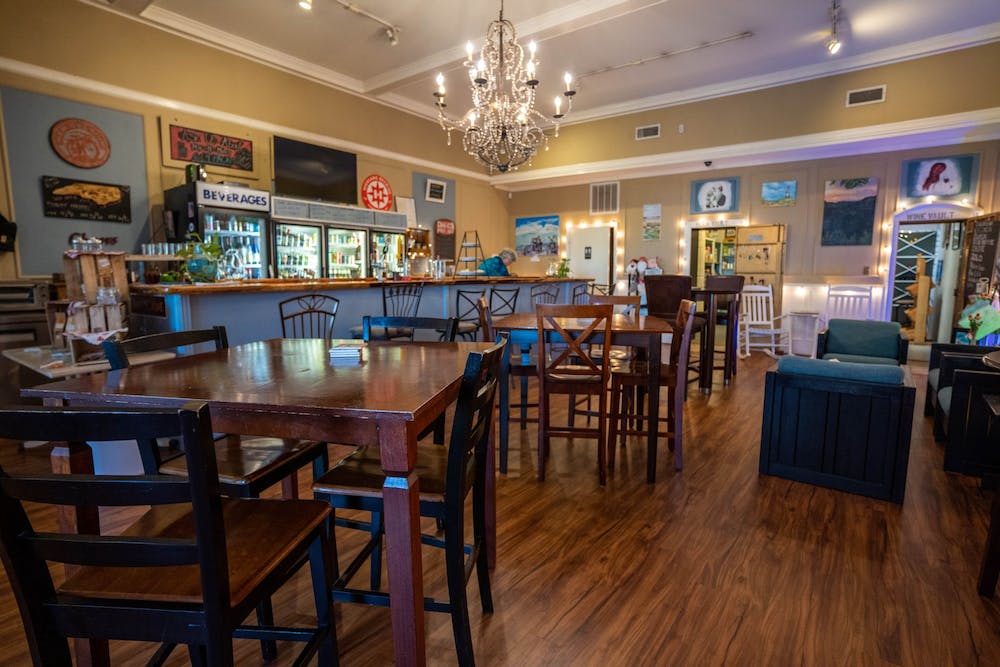 Co-owners of the Bottle Shop and wives Anne Coulson and Kathy Schoeneck had snacks and well as a wide variety of beers and wines for those in attendance.

Schoeneck asked trivia questions involving politics and well as history all centering around the LGBTQIA community.

While the event was small in attendance, both owners hoped to raise as much money as they could for Alamance Pride.

Coulson and Schoeneck have owned the bar along with Peggy Phipps for a little over a year and have hosted other events such as tastings and meetings in the Bottle Shop as well.

The Bottle Shop was also awarded the membership award for LGBTQIA Democrats of Alamance County and most recently hosted the Alamance County Commisioners Democratic Debate.

The Bottle Shop is located on Front Street in Downtown Burlington and open Wednesday -Thursday from 1 - 9 p.m. and Friday - Saturday from 1 p.m. - 10 p.m.