Elizabeth Warren, Pete Buttigieg and Amy Klobuchar were among a group of candidates speaking. 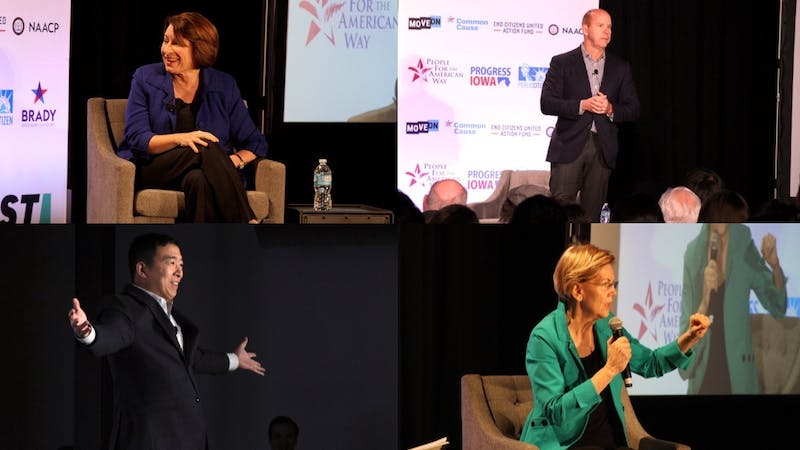 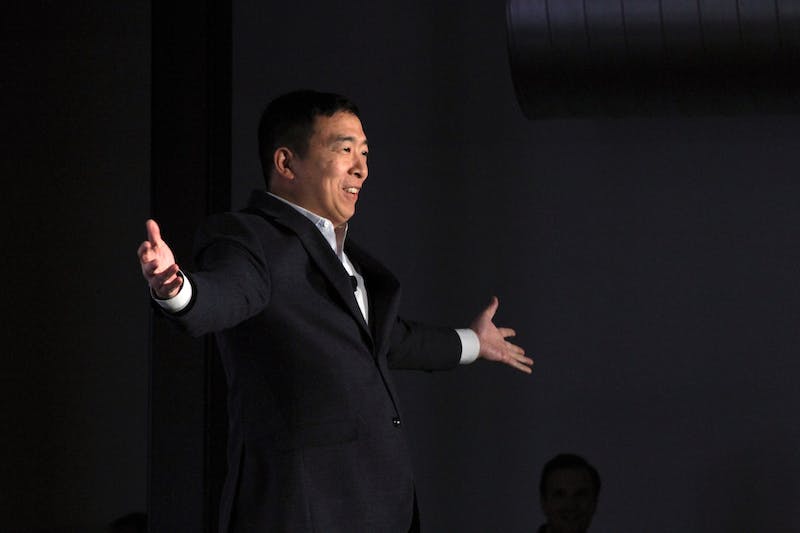 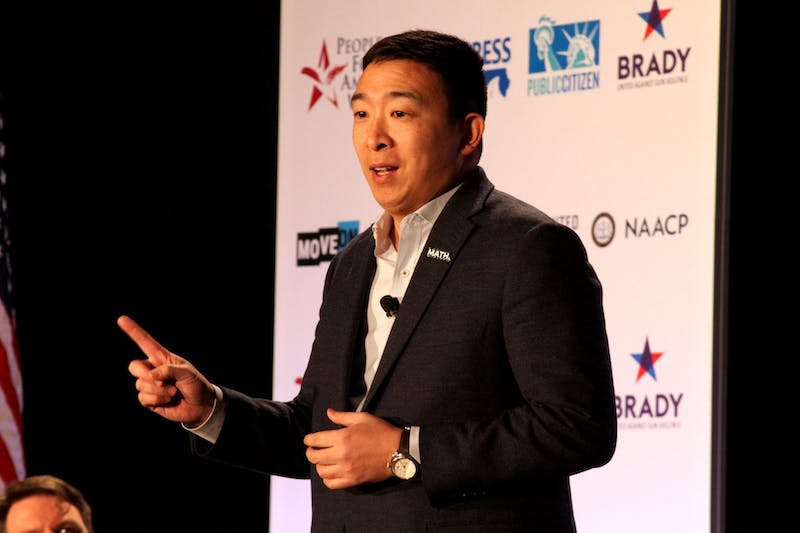 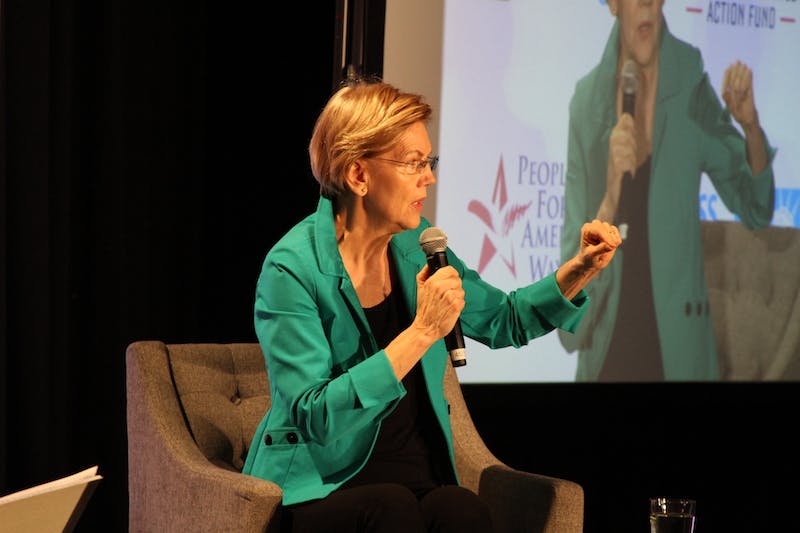 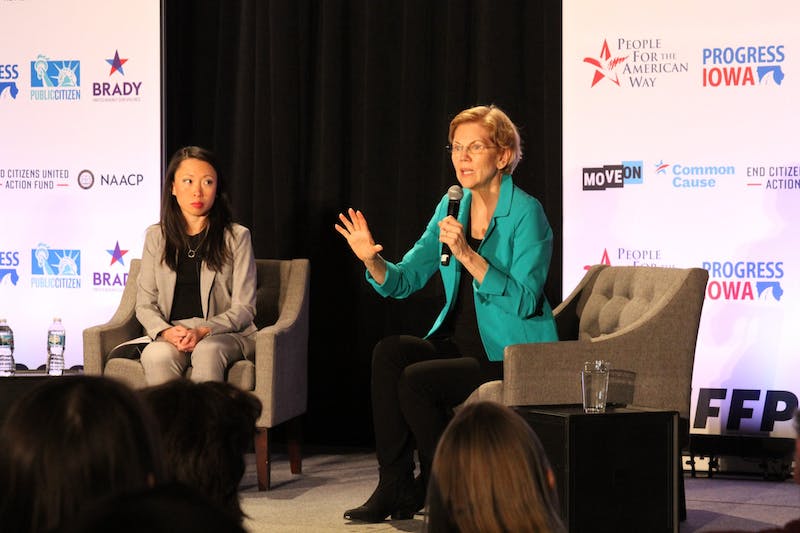 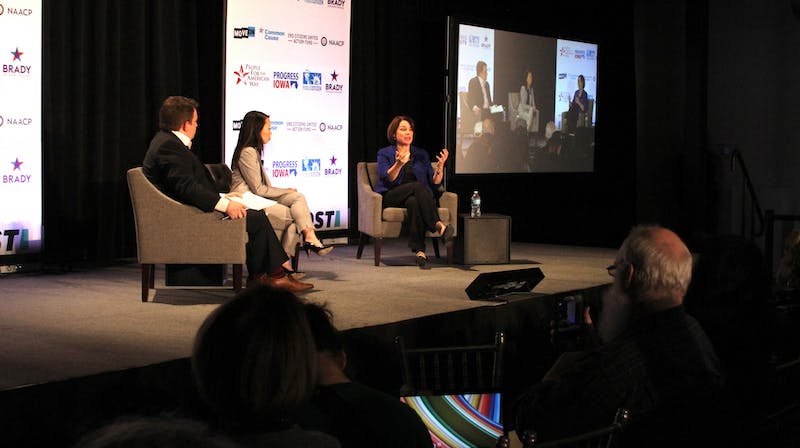 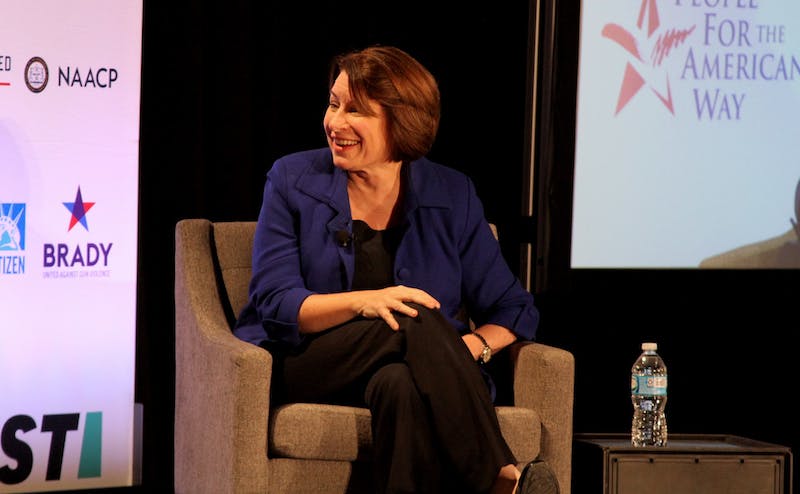 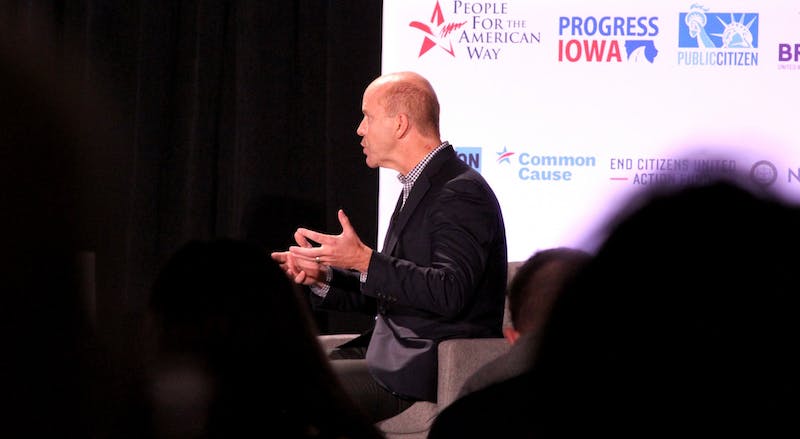 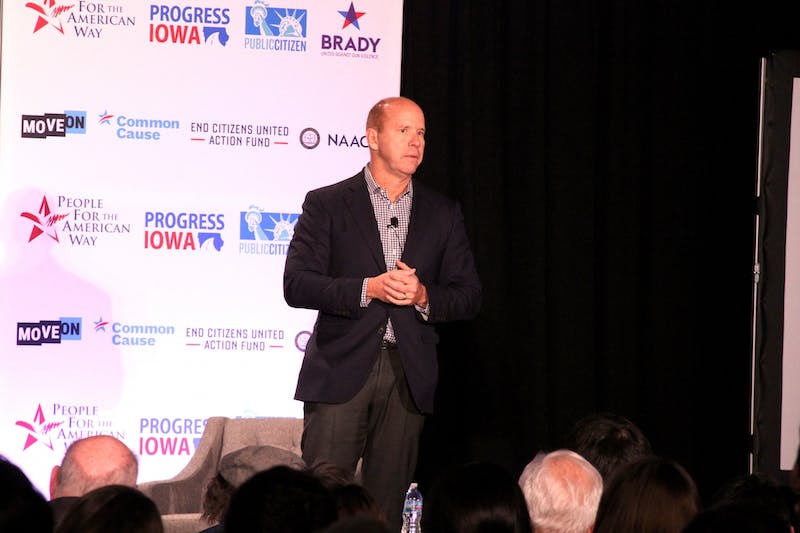 This article is produced by Elon University students traveling throughout Iowa to cover the 2020 caucuses. This was formerly a live blog and has been updated with the latest information.

Delaney focused on the difference between the executive power of the president and the legislative power of congress.

“There's a lot of things that can be done with executive authority, including enforcing the laws we have now, supporting change at the state level,” Delaney said.

Delaney also emphasized the importance of remaining transparent throughout his presidency. Something he says, President Donald Trump has not done.

“I’m all for term limits. I ran on them,” Delaney said.  “When I ran for congress the first time in 2012 I called for 12 years. Which means every U.S. Senator would have two terms, and every member of the House of Representatives would have six.”

In an interview with Elon News Network, Delaney shared his plans to address student debt.

Delaney also addressed issues affecting children who have yet to reach college.

“I want to make community college and career and technical training free, part of basic public education,” Delaney said. “I want to have a national service program so that everyone who does a year of national service, they get two years in-state tuition applied anywhere they want to go.”

Andrew Yang came to the democratic forum with ideas on voting and local journalism. The entrepreneur suggested everything from making election day a national holiday to allowing people to vote once they receive their driver’s license.

Yang said 16-year-olds should have the right to vote because it would transform the political culture in high schools.

“I think we need to trust our young people and empower them and have them feel like they're part of the political process from day one,” Yang said.

Yang took the unique position that everyone should have the right to vote except those who “deprived another American of their right to vote permanently.”

Yang also said he believes the Supreme Court should change the way it functions. He suggested increasing the number of justices and limiting them to 18-year terms.

“This is something that is controversial but the only way we're going to overturn Citizens United,” Yang said. “There's nothing in the constitution that says the number of supreme court justices, it has been higher than nine it has been lower than nine. I believe we should increase the number.”

Yang ended with ideas on how local journalism could be supported. He said the United State’s democracy is suffering due to the lack of funding for local reporting.

“I would support local journalism because it's very hard to vote particularly on community matters if you don't have a local paper covering things anymore,” Yang said.

Patrick received push back from the forum moderators as he joined the event via Skype.

“It’s a perfectly fair question,” Patrick said. “It’s something candidate Patrick can’t do much about but President Patrick can.”

Patrick said it is ideal to have publicly financed campaigns.

However, moderator Amanda Terkel continue to push Patrick, asking why he has not publicly refused funding from PAC’s.

“They have been helpful,” Patrick said about Reason to Believe’s funding.

In a wide-ranging discussion about the current state of democracy, Sen. Amy Klobuchar (D-MN) talked about numerous topics including expanding voting rights and the legislation she would enact if she reached the presidency.

Like Buttigieg, Klobuchar expressed continued support of the For the People Act (H.R.1), which would expand access at the ballot box. Klobuchar said it would be the first bill she would sign as president.

In addition to signing H.R.1, Klobuchar said she would also encourage voting by automatically registering 18-year-olds.

“Target can find a pair of shoes in Hawaii with this [serial] number, so I don't understand why in this great country, we can’t simply give kids a registration number when they turn 18,” Klobuchar said.

However, Klobuchar said she wouldn’t go as far as supporting felons who wanted to vote in prison. Something Sen. Bernie Sanders (I-VT) supports. Despite this, Klobuchar wants to give felons the right to vote once they’ve been released from prison.

“My position, is you should be able to vote when you get out of prison,” Klobuchar said.

“I think that one of the arguments is that when you go to prison. You have committed a crime and been convicted, and you lose rights when you're in prison.”

Like Warren, Klobuchar said she supports a lifetime ban on lobbyists and would prioritize and nominate ambassadors who have expertise, over money.

The senator also attacked Donald Trump on his failure to release his tax returns, saying she believes all presidents should be required to do so.

“I think there are a lot of things that we can put in place that make it very clear that no one is above the law, including the president of the United States,” Klobuchar said.

Buttigieg agreed that their needs to be a change in campaign finance laws in the United States, including overturning the Citizens United decision.

“So that we have a system where players don't believe that they can impact the outcomes of elections impact priorities of political figures through campaign contributions,” Buttigieg said.

Buttigieg said that regardless of who chooses to support his campaign financially, his political views will not be influenced by donors. However, he said that does not mean he will accept donations from every group.

“I'm drawing a line in the space that I think makes the most sense and helps send the right message.” Buttigieg said. “It is compatible with being able to fill with a campaign organization that's going to meet our objectives.”

Buttigieg moved on to discuss his plan for judicial appointments if elected president. He said he supports making the U.S. Supreme Court more liberal but doesn’t want to make the high court partisan.

When asked by an audience member about the For the People Act (H.R.1), a bill passed in the U.S. House of Representatives that would work to expand access to the ballot box through reducing the influence of money in politics and strengthen ethics rules for public servants, Buttigieg said he supported it.

“This is so important because democracy isn't just a principle, I think it's also a value I think it has moral weight, and what we see as democracy is being eroded. We've always been imperfect as a Democratic society where we have been at our best work, extending access to the vote, making sure that folks counted, and that's what H.R.1 was about.”

Shortly after taking the stage, Sen. Elizabeth Warren (D-MA) quickly went on the attack after Democratic competitor billionaire Michael Bloomberg who is self-funding his own campaign.

“Michael Bloomberg has already dropped $200 million to make his voice heard and to drown out every other voice in this Democratic primary,” Warren said. “Think about what that could mean. He plans to skip the democracy part of the election, that is coming to places like Iowa, New Hampshire, South Carolina and Nevada and meeting people instead it's all set up for TV running his TV ads.”

Warren moved on to provide a preview of what her administration would look like by discussing ambassadorships and the potential cabinet she would create.

Warren then went on to attack ambassadors.

Warren even called out the U.S. Ambassador to the European Union, Gordon Sondland, who gave President Donald Trump’s inaugural committee $1 million before being named ambassador. Sondland most recently played a prominent role in Donald Trump’s impeachment hearings in the House.

“I believe ambassadorships should go to people who are qualified to people who have studied who know something about the area to be able to work in our state department for goodness sake,” Warren said. “That's how we should run our government.”

In an attempt to end corruption in Washington, Warren cited her plan to not allow past or future lobbyists into her cabinet positions. Warren also spoke about her support for a lifetime lobbying ban for anyone in elected federal office.

“Ultimately our goal is to restore a government that works for everyone,” Warren said. “I can't tell you how many days, I go to bed at night thought well that's it that's as low as they can go. I wake up the next day, and they’ve gone, not just a little lower, but a lot lower.”

DES MOINES, Iowa - Several presidential candidates are in Des Moines, Iowa to discuss the issue of campaign finance and how they will ensure a fair democracy.

The event, titled “We The People 2020: Protecting Our Democracy a Decade After Citizens United,” is focused on ending big money in politics and protecting the right to vote following the U.S. Supreme Court’s Citizens United decision.

This ruling allows corporations and unions to spend unlimited amounts of money either in support or against any candidate.

At today’s event democratic candidates are expected to discuss how they plan on protecting and ensuring a fair democracy.

The event is moderated by the Huffington Post’s Amanda Terkel and Kevin Robillard.

This story will continue to update.