The presidential candidate talked about student loans and climate change during his speech in Des Moines, Iowa 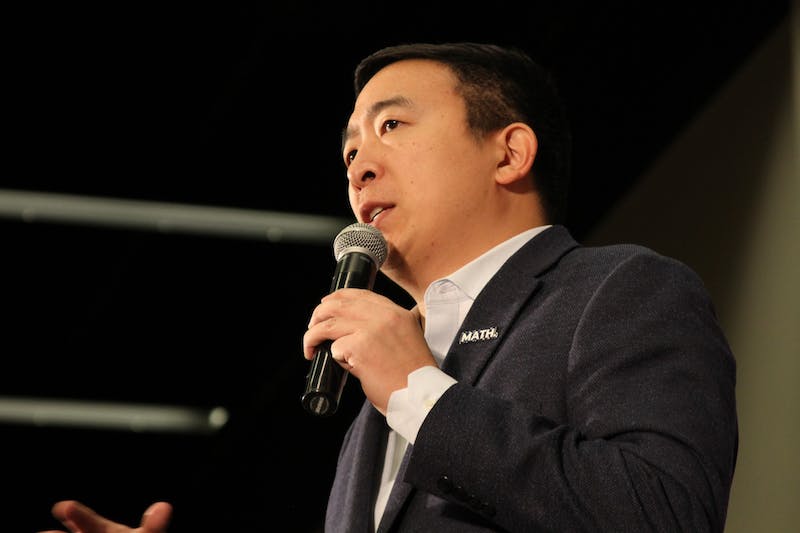 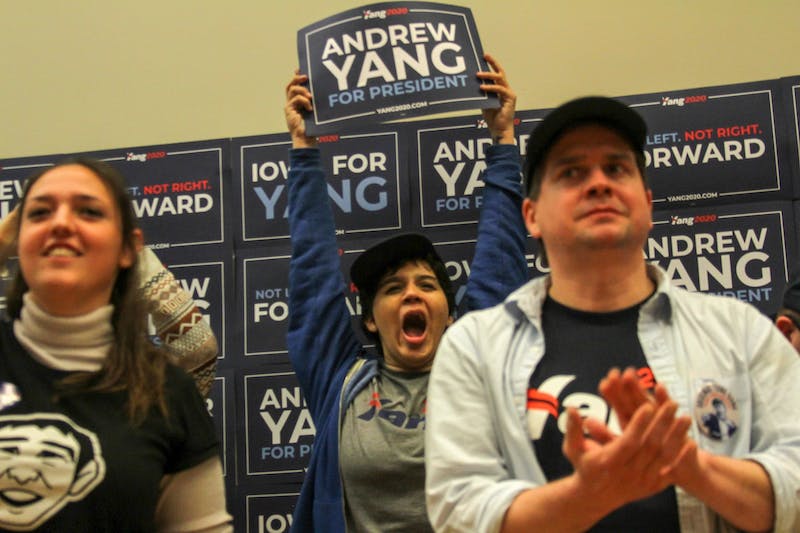 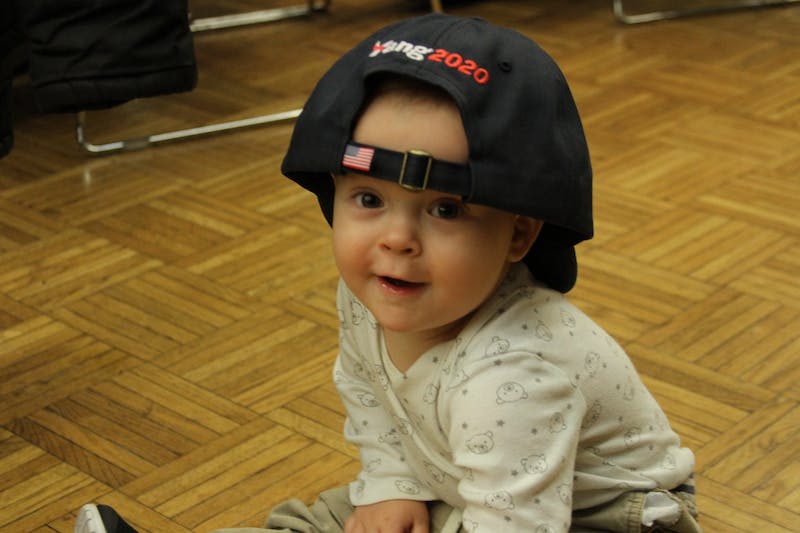 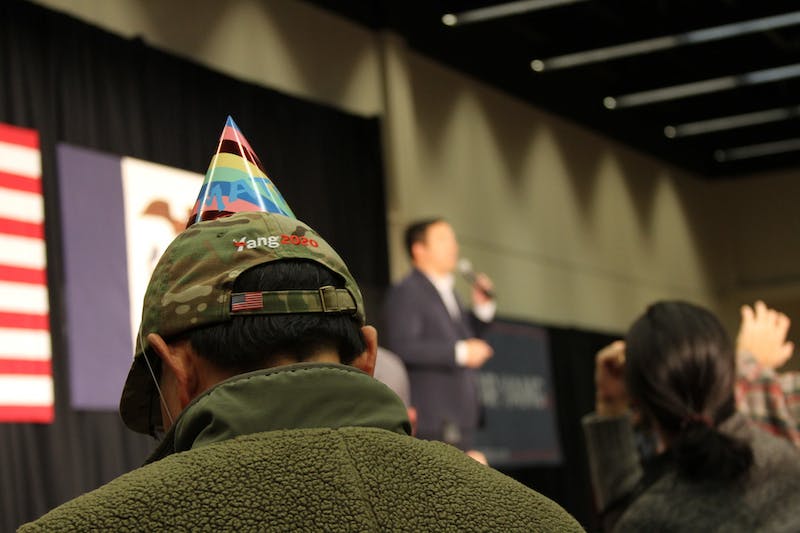 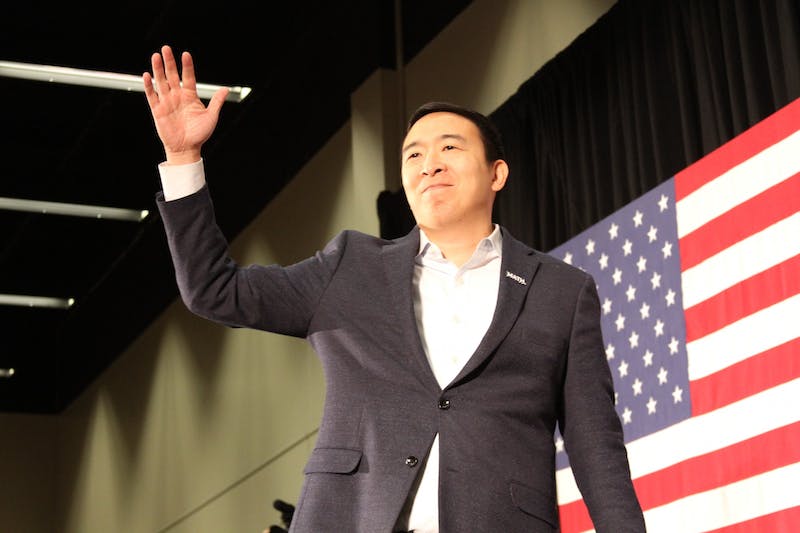 DES MOINES, Iowa — Andrew Yang made an appearance at Drake University the night before the CNN Democratic Debate. Drake is set to host the debate, where Yang will not appear after failing to meet the Democratic National Committee’s requirements.

On Yang’s 45th birthday, he talked about topics such as automation and climate change, and he also fielded a question from the audience about the cost of college.

It's my birthday! Send money please. 😀🎉

“We need to get the cost down. But at this point, the cat's already out of the bag,” Yang said. “I would forgive a significant proportion of the $1.6 trillion in student loan debt contract.”

In a comment to Elon News Network, Yang cited his “freedom dividend” as something that he said will help college students, and expressed disappointment over the world that society is leaving for younger people.

“The rules aren’t working for young people, we should be ashamed of ourselves and we should rewrite them so that they do,” Yang said. “I’m a parent myself and I’m ashamed of the world we’re leaving for you all. You deserve better and we owe you better.”

Yang also talked about beating President Donald Trump in the upcoming November election, and acknowledged the faults in the 2016 campaign of former Secretary of State Hillary Clinton.

“He said he was going to make America great again. And what did Hillary Clinton say in response? America is already great,” Yang said. “That was not the right response because we need to acknowledge the depth and severity and reality of the problems in our communities, but then we need real solutions to move our country forward.”

Secretary Clinton was not the only Democrat Yang referenced in his speech. He said the Democrats’ blame in the election of President Trump is misplaced.

“We have to get the measurements right to actually solve the real problems that are plaguing us that helped get Donald Trump elected,” Yang said. “The democrats, to me, are acting like Donald Trump is the source of all of our problems. He is not, he's a symptom, and we have to cure the disease.”

In addition to covering these topics, he said that he is in support of term limits for congress.

Similarly, Yang said he would not linger in Washington, D.C. following the length of his terms if elected.

“As your president, I will do the people's business for eight years and then you will never hear from me again,” Yang said.

Like Trump, Yang is an entrepreneur. One supporter at the event, who asked to go by his first name Chip, said that Yang’s position as an outsider added to his appeal.

“Obviously the 2016 election, everybody was saying we’re done with politicians, we don’t want a politician,” Chip said. “Well guess what? Mr. Yang here is the only one remaining in the race that really isn’t a politician, he can be the frontrunner if he just captures the attention of the voters with one key little thing.”

While Yang and Trump share their business background, Yang said there was one key difference between him and the president.

“I am the ideal candidate for this job because the opposite of Donald Trump is an Asian man who likes math,” Yang said.