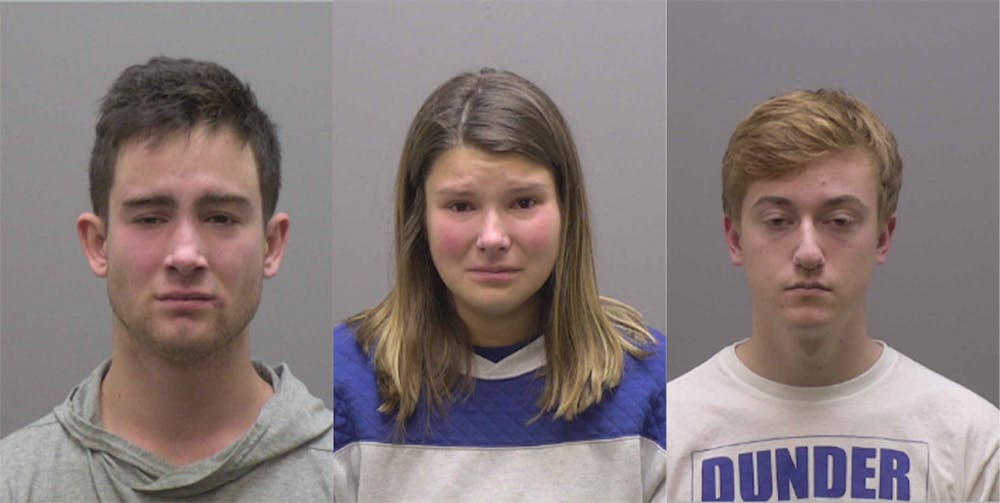 Two freshmen and a sophomore were arrested on three drug-related charges in early December.

According to a heavily redacted police report from Elon University's Campus Safety & Police, on Monday, Dec. 2 there were reports of an odor of marijuana in Global E residence hall.

The day after the incident warrants for arrest were issued by the Alamance County Magistrate's Office for freshman John Gaffney.

Gaffney was arrested on Wednesday, Dec. 4, followed by the arrests of sophomore Megan Cornwall and freshman Evan Fox on Friday, Dec. 6 in reference to "outstanding warrants," according to the report.

Gaffney was charged with possession with intent to sell and distribute marijuana among other charges. He was released after paying a $10,000 bond.

Cornwall was arrested on intent to deliver amphetamine, commonly sold under the name adderall, considered to be a Schedule II drug in North Carolina. Her bond was set at $5,000, but Cornwall didn't pay the bond and was released on good standing.

Fox was arrested for possession of a controlled substance and was released after paying his $2,500 bond.

In total, 44 pills and capsules of amphetamine were seized in addition to over 25 grams of marijuana.

Elon News Network contacted the three students with requests for comment. Cornwall said she has no comment while Gaffney and Fox have yet to respond to the request.