The three new aldermen will all serve a four-year term 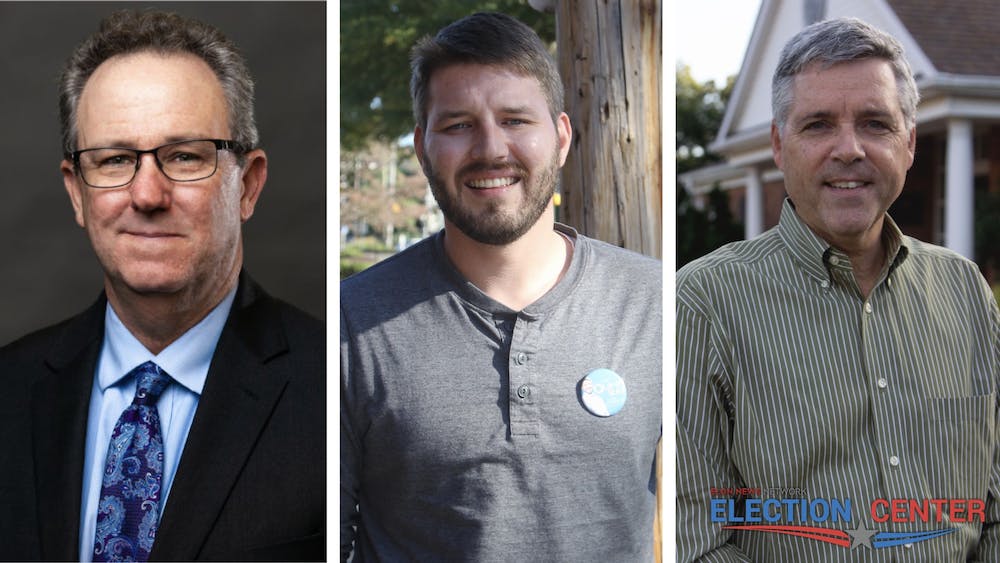 Mark Greene, Quinn Ray and Monti Allison won the Elon Board of Aldermen seats in the 2019 municipal election.

Updated on Friday Nov. 8 at 1:19 p.m. with statements from the winners.

Correction: The story initially reported there were 2,010 voters, not 2,010 votes cast across five candidates. Each voter could cast votes for up to three people on a single ballot. Elon News Network regrets this error.

Quinn Ray, Monti Allison and incumbent Mark Greene have won the three town of Elon Board of Aldermen seats up for election, according to unofficial election results from the North Carolina State Board of Election.

Ray said that he was "enthusiastic and excited" to be on the board and learn the inner workings of town government.

"It was nice to feel the support of the town," Ray said. "And know that all the hard work that I put in and the sacrifices my friends and family and the restaurant had to take for me to take on this campaign worked."

Allison said he appreciated the community surrounding his campaign and he is going to "listen" and be "attentive" to the needs of the community.

"A lot of work and a lot of supportive friends in the community and I'm grateful and blessed to have that kind of support," he said.

Mark Greene did not respond to a call or voicemail requesting comment.

The three aldermen will serve a four-year term on the board.