Elon men's basketball falls to No. 5 UNC in Chapel Hill

Despite a lead at halftime, the Phoenix falls to the Tar Heels 75-61 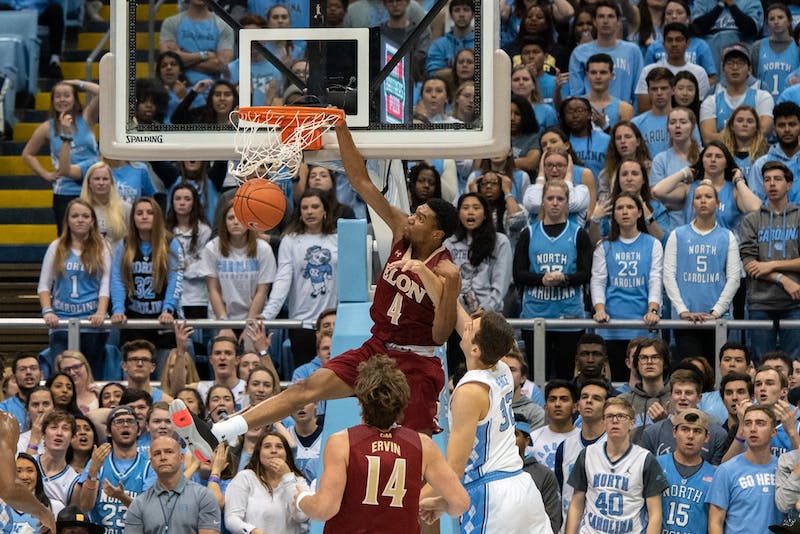 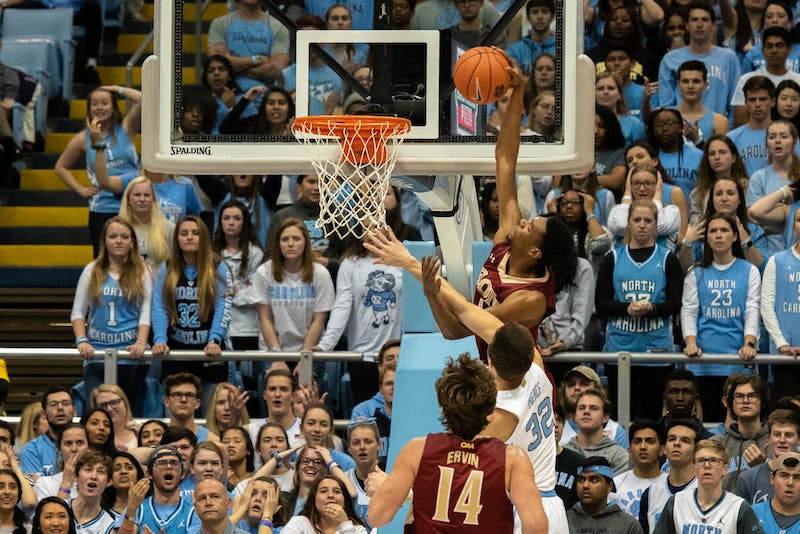 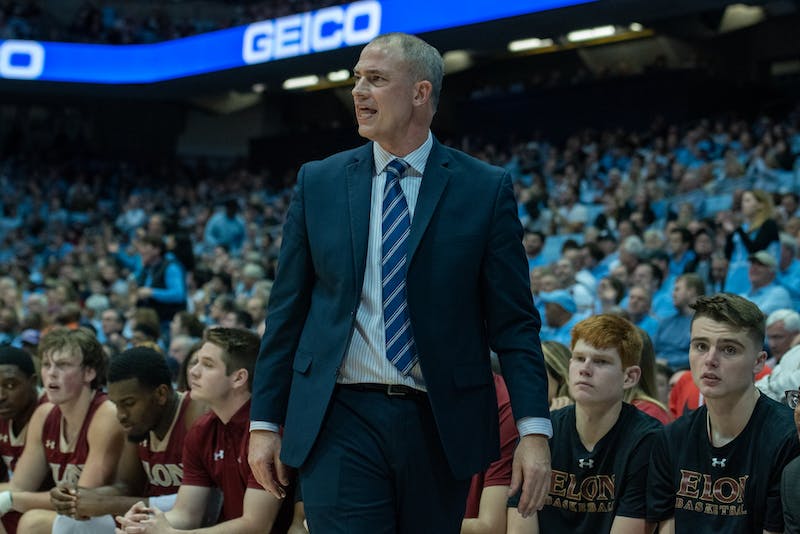 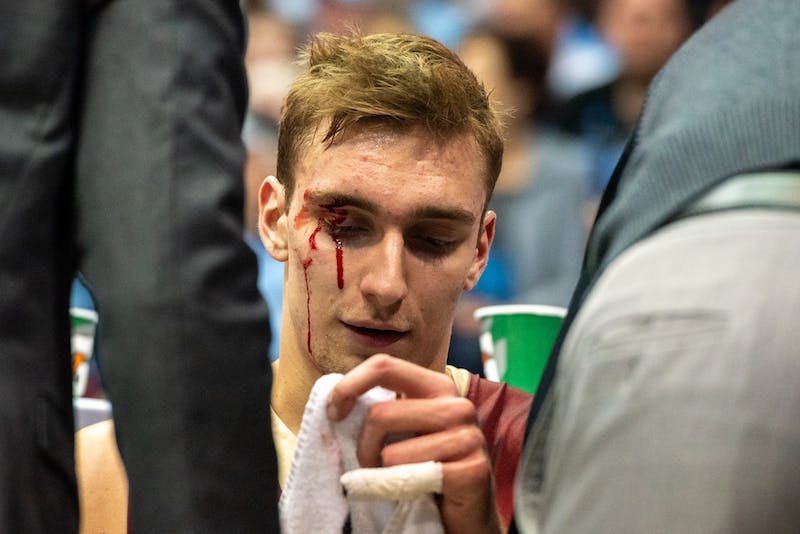 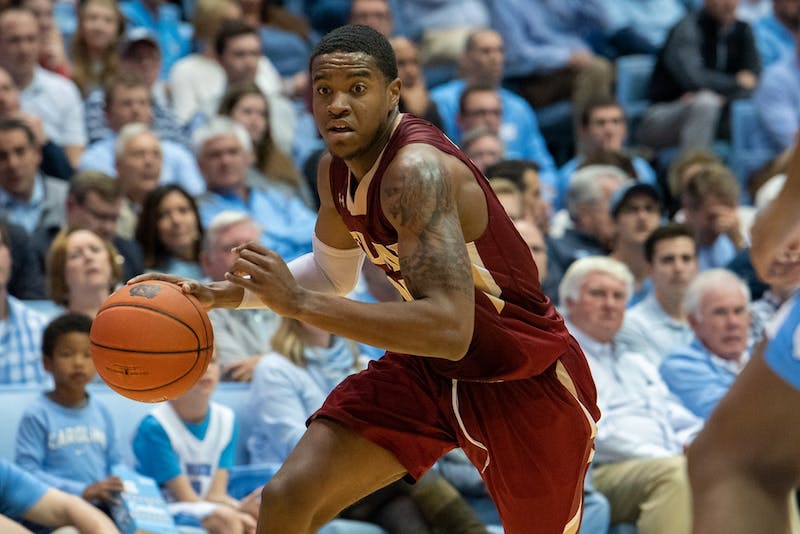 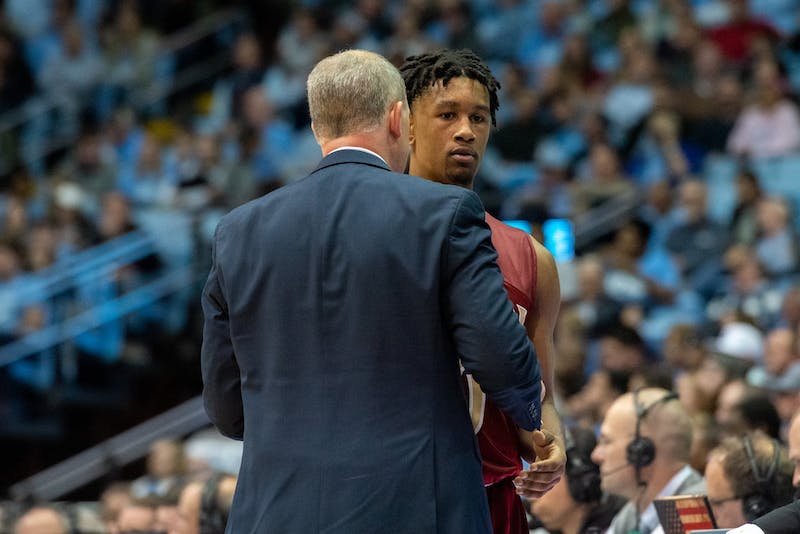 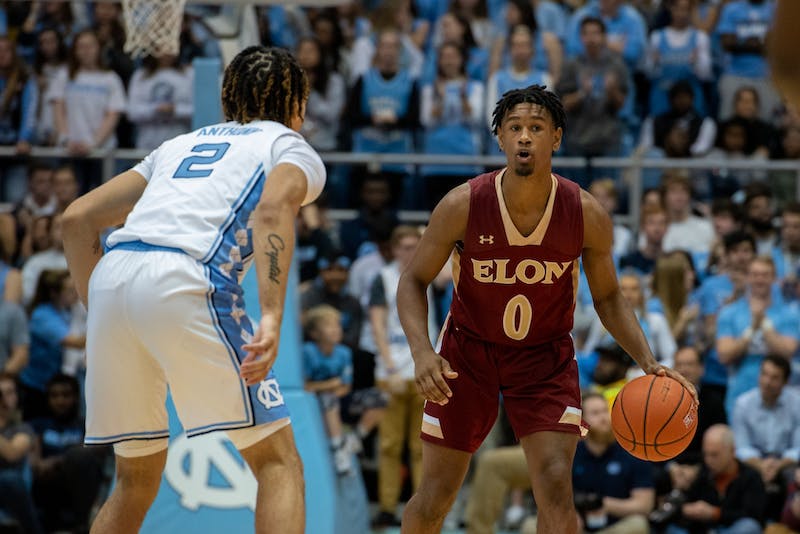 Elon men’s basketball traveled to Chapel Hill to take on the fifth-ranked team in the nation: University of North Carolina Chapel Hill. After a hard-fought first half, the Phoenix fell to the Tar Heels 75-61. The Phoenix now sits at 2-3 on the season.

The Phoenix took the early advantage against the undefeated Tar Heels. Freshman guard/forward Hunter Woods and graduate guard/forward Marcus Sheffield II each had 10 points in the first half to help give the Phoenix a 33-32 lead entering halftime. Woods also helped out Sheffield by serving a pass that led to a dunk for the former Stanford University player.

The Tar Heels came out of the half at a furious pace. Roy Williams’ squad went on an 8-0 run in the first 2:11 of the final half. Elon could not close the gap after that early run.

UNC got a boost early in the second half from freshman forward Armando Bacot. Bacot threw down a dunk with just over 16 minutes left to improve the Tar Heel lead to 44-35. Bacot would later finish the night with 22 points and 14 rebounds.

While the Phoenix was not able to overcome the Tar Heels, the team got production from a couple of its new members. Woods finished the night with 18 points, four three-pointers, and seven rebounds. When asked about his performance against UNC, Woods talked about not only his effort but the help he got from his teammates.

“I just wanted to come out with a lot of confidence. Just leave it all on the floor,” Woods said. “I definitely give a lot of credit to my teammates for making the extra pass and helping me get going.”

Sheffield put up 19 points, along with three assists and four rebounds. Sheffield also showed stamina, staying on the floor for over 36 minutes. After a dunk in the first half, Sheffield could be seen yelling in excitement after the play. After the game, Sheffield said this was not a common occurrence.

“Normally when I dunk I don’t yell after that, but that was a rare occasion,” Sheffield said.

The loss to UNC completes a stretch of three games against big-name opponents for the Phoenix, with the first two being against Georgia Tech and the University of Michigan. As the season progresses, Schrage said it is important to keep growing from matchups like these.

“We got to keep our foot on the gas because I do think we've had our foot on the gas the whole time. We keep growing through these three-game experiences against really good teams,” Schrage said. We just got to know the amount of detail which we got to play with all the time to have a chance to beat anybody.”

Schrage also said that his squad has “high character,” and said that the team must continue to play hard even with this portion of the schedule over.

The Phoenix will be back in action this Saturday when the team takes on Manhattan College in Schar Center, with tipoff scheduled for 4 p.m.