Search committee for next director of campus police finalized

Dennis Franks will end his seven-year Elon career in December to become the police chief in Stallings, NC 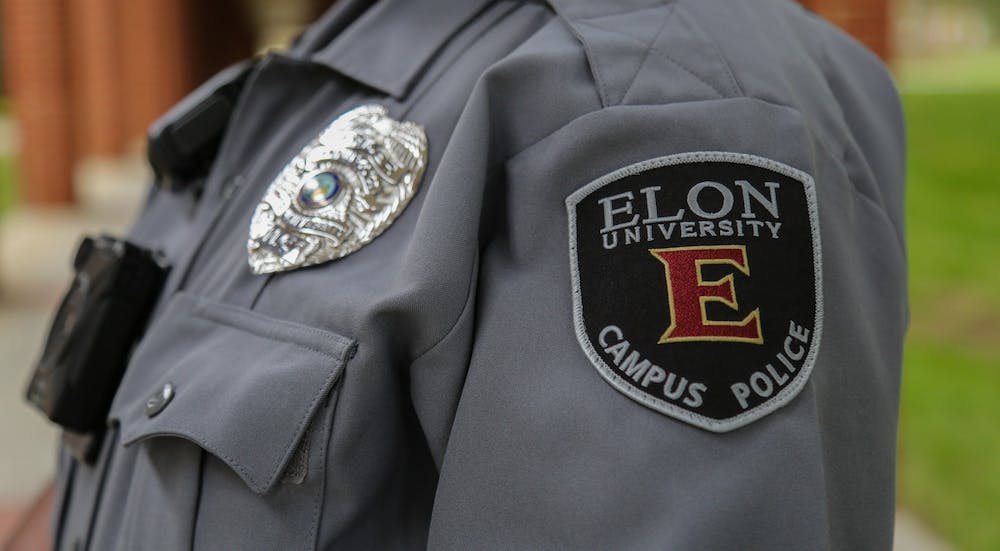 Elon University has started the search process for the next director of Campus Safety and Police. Dennis Franks, who currently holds the position, will be leaving at the end of December to become the chief of police in Stallings, North Carolina — approximately two hours from Elon, just south of Charlotte.

A 10-person search committee, which includes faculty, staff, a student and a member of campus police, has been formed. Committee Chair and associate vice president for human resources Kelli Shuman, and Bob Shea, vice president for business, finance and technology, are leading the search.

According to Shea, the committee is making “the final touches on the position profile and job posting.” He hopes to go public with the posting before Thanksgiving Break, which begins after classes on Friday, Nov. 22.

Candidates will submit applications via Elon University’s Human Resources website. Shea said the committee plans to have two to four finalists for the position come to campus and meet with staff, faculty, student and senior staff groups.

Shea hopes to interview a pool of candidates in early to mid-January and make an offer by the end of that month.

Shea said the characteristics he is looking for in an applicant are integrity, communication, collaboration, a passion for community policing and experience as a police chief.

Senior Maria Ramirez Uribe is the one student representative on the search committee staff and was recommended to the position by Jon Dooley, vice president of student life. She is also a reporter for Elon News Network and has been with the organization since her sophomore year.

“It’s imperative for a student’s perspective to be taken into account, particularly since this role is going to directly affect students,” Ramirez said. “I cannot represent every view and opinion from the student body. However, I will try my best to keep in mind the opinions of students and what they want in a new police chief.”

As the search committee looks for the university’s next chief, Major Doug Dotson will lead the department, which currently employs 21 police officers, 14 community service officers, four communications dispatchers and two traffic division officers, all of whom work full-time.

“My hope is, during this interim period, to be able to continue working toward established departmental goals and to provide an environment for the continuity of daily operations with minimal disruption,” Dotson said. “Our staff is excited to work with whomever is selected to be the next Chief of Police to ensure as smooth a transition as possible.”

This is the second time Dotson will be filling this temporary role.

Franks resigned from his position at Elon in May 2018, taking a job as the vice president of protective services for Bank of America. Franks then requested and was approved to return to his Elon post in July, only two months after his departure.

During his tenure as chief, Franks said one of his proudest accomplishments was getting the department accredited through the International Association of Campus Law Enforcement Administrators in June 2018.

“Accreditation was a three-year effort that took everyone to successfully achieve. If everyone had not been looking at what was important for the whole department, we would not have been successful in our efforts," Franks said. "I know that the men and women of this department have been part of setting this high standard and will continue working to make it a better place.”

According to IACLEA's website, "accreditation is the designation of excellence in campus public safety ... and signifies an agency's ongoing commitment to excellence, state-of-the-art performance in every aspect of its operations."

Before coming to the town of Elon in 2012, Franks was the deputy chief for special services for the police department in Pekin, Illinois. He replaced Chuck Gantos as police chief.

Franks’ move to the Stallings Police Department was announced through an online statement from the town.

“I’m excited to get started working for the citizens of Stallings as the police chief of an already excellent department,” Franks said in the statement. “I’m looking forward to building strong community relationships and working with elected officials, staff and citizens.”