Every week, the on-campus theater plays movies and documentaries for the community 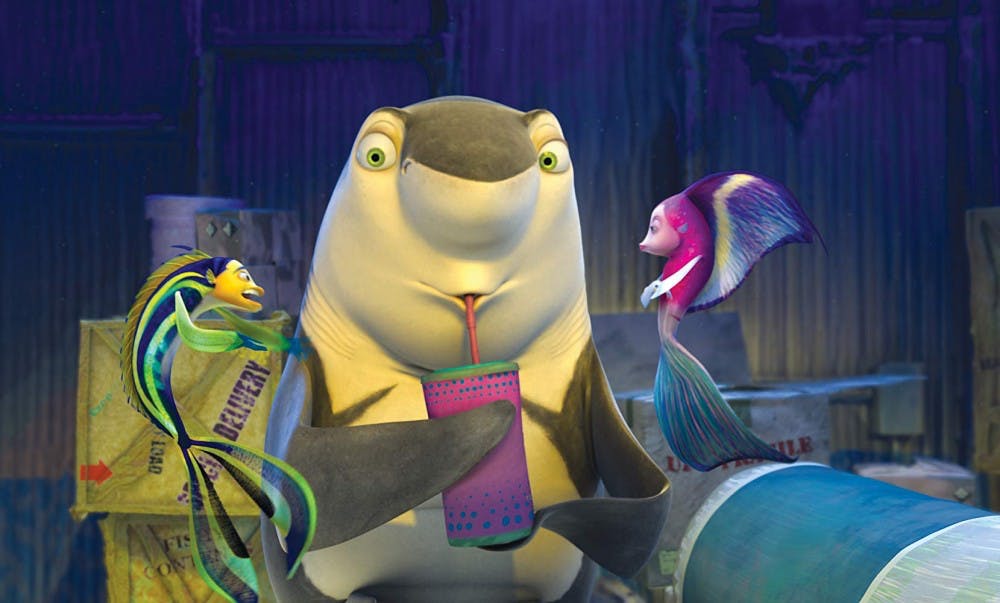 Oscar, played by Will Smith, yells at Angie, played by Renée Zellweger, in a scene of Shark Tale.

Turner Theatre is a 220-seat auditorium located in Elon University’s School of Communications. Since 2016, the theater has shown movies and documentaries for students and community members free of charge. While attendees are encouraged to bring their own food, candy and popcorn are usually provided. Here is what is playing this week:

This 2019 American comedy-drama was written and directed by Lulu Wang. “The Farewell” focuses on the life of aspiring Chinese American writer, Billi, who maintains a tight-knit relationship with her grandmother, Nai Nai, who lives in Changchun, China.

After receiving a rejection letter from a prestigious fellowship, Billi’s parents tell her that Nai Nai has been diagnosed with terminal lung cancer. The doctors estimate that she has only a few months to live. In light of the news about Nai Nai, the family plans a wedding to bring the family together one last time.

Wang’s film depicts her own life experiences, turning her misadventures into a comical, tender story of a woman battling a fatal illness and the distress that comes along with saying goodbye to a loved one.

“The Lion King” follows young Simba, a lion cub, who becomes the lawful ruler of his kingdom following the death of his father, Mufasa, who is killed by his uncle, Scar. Simba deeply admires his father and takes to heart his own royal destiny but not everyone in the kingdom praises the arrival of the young cub.

When the son of a mob-connected shark is accidentally killed while on the chase, his budding prey and his vegetarian brother decide to use the incident to their own advantage. In the 2004 adventure comedy, Oscar (Will Smith) is a pint-sized fish with high ambitions, despite being an underachiever. When Frankie (Michael Imperioli), who has ties to the mob, is suddenly killed, Oscar contrives a story with Frankie’s peace-loving brother, Lenny (Jack Black), that it was Oscar who killed the shark.

After being deemed the “Sharkslayer” by his fellow aquatic friends, Oscar becomes trapped in his own lie when his friends encourage him to deal with the mob boss. Meanwhile, the mob boss, Don Lino (Robert De Niro) sends his loyal followers to locate his son’s killer.