Creating excellence in inclusivity at Elon 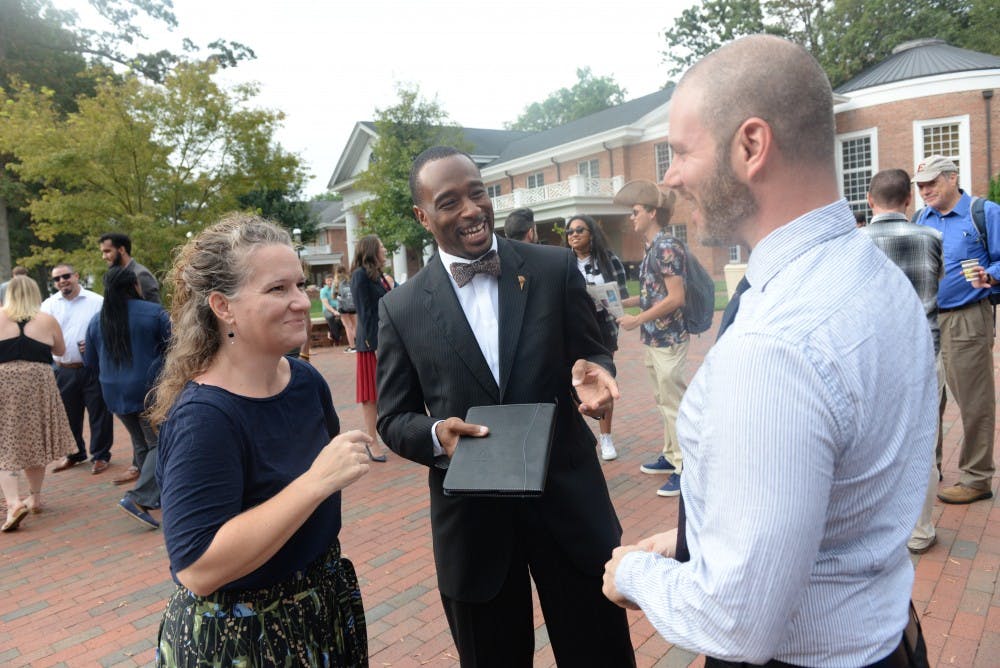 A new center and three new positions on campus have been launched this year, in accordance with the upcoming 2020-2030 Strategic Plan draft, to improve inclusive excellence at Elon University.

The university’s official definition of this term is still undecided.

According to Matthew Antonio Bosch, holding one of the new positions as dean of inclusive excellence, said the definition is still an “ongoing process” that is being researched as it applies to Elon.

The newly established Center for Equity and Inclusive Excellence is directed by Leigh-Anne Royster. The CEIE was created based on objectives in the Strategic Plan. Royster became the director of the center on June 1 and said it will be “an institutional hub of support.”

In her new role, Royster supports staff and faculty in relation to equity and inclusive excellence, as well as oversees efforts and policy development for preventing and responding to bias and campus-wide harassment. The center was a proposal that came out of “a number of leadership shifts at the institution,” Royster said.

As of Tuesday, Oct. 1, the center does not have its own page on Elon’s website, however, according to Royster, the new website will launch over winter term.

Royster said the work she is doing now at the center is very similar to the work that she did in her previous role as director of inclusive community development.

“A lot of what I was thinking about in inclusion with my previous role will be folded into the center,” Royster said. “But we’re working to develop a more centralized center model for the work that’s happening on campus, and that was part of the creation of the center. It’s less of a shift in the actual work and more of a shift in the conceptualization of the work and how it is marketed and branded for more effective access.”

Bosch stepped into his position on June 1 as dean of student inclusive excellence. The new senior level position was created based on the draft of the Strategic Plan, Bosch said, and is “on par with the other sort of assistant vice presidents and other deans that report directly to Jon Dooley as vice president.”

The position was created to support students and supervise the leadership staff at both the Center for Race, Ethnicity and Diversity Education and the Gender and LGBTQIA Center. In his new role, Bosch’s main focus is consistency.

“There just tends to be similar types of support systems that are occurring across multiple diversity centers,” Bosch said. “By having them along the same supervisory structure, it allows for a more consistent message.”

“Now, in this role, my hope is that all students will see me as an advocate, just someone who can be supportive and can help students to truly feel valued, validated and victorious at Elon,” Bosch said.

Both Bosch and Royster aim to provide support for inclusive excellence across campus. The difference between their positions is their constituents. While Bosch supervises the leadership at the GLC and the CREDE, his primary role is to support all students with their intersectional identities. Royster supports staff and faculty in a similar way but also has the additional responsibility of bias reporting on campus.

Williams occupies the third position that is focused on inclusive excellence.

The position is now separated into two roles shared by Williams and Jean Rattigan-Rohr, vice president for access and success. While Williams’ title may have changed, he said his current work is work he has been doing his whole career.

“I’ve done this work continuously, and I’ve been in other roles such as a vice president for student affairs, and I carry this social justice, equity-minded sense of belonging into all my roles,” Williams said.

Now, Williams said he supports both Royster and Bosch in their positions as well.

Oversight at the senior staff level is important to Williams because it allows for greater and broader improvements in fostering relationships, communications and connecting programs all with the purpose of making education developmental.

"We envision a diverse, equitable and inclusive community of learning where all students, faculty and staff flourish."

The draft of the strategic plan for 2020-2030 outlines Elon’s plans for “an inclusive and healthy community for success” under the subpoint thrive: a great home for inclusive excellence, Williams said.

“We envision a diverse, equitable and inclusive community of learning where all students, faculty and staff flourish. [We want them to] experience a deep sense of support and belonging and engage effectively in relationships across cultural differences,” the plan states.