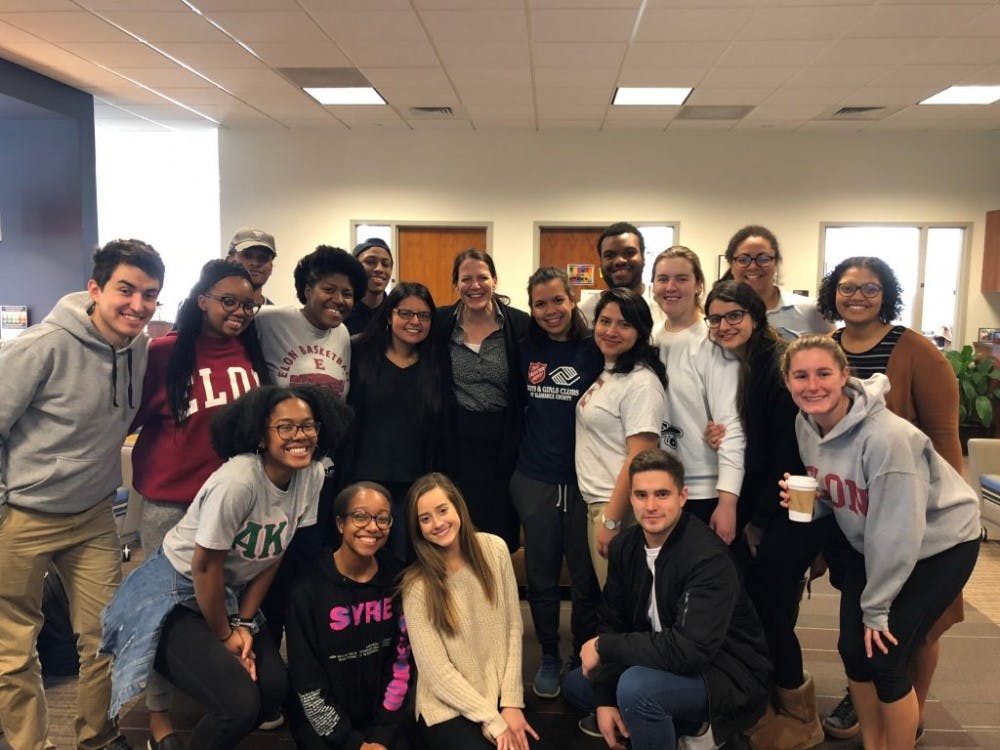 According to the Center for Race, Ethnicity and Diversity Education’s webpage, the SMART began in 1994 and was built for freshman Black, Latinx, Asian and Pacific Islander, Native American, Alaskan Native and multiracial students, also known as ALANAM students.

“I want them to create a network, and the mentor really serves as the point person,” SMART professional staff member Brandon Bell said. “And there’s an opportunity to develop a deeper relationship with that point person.”

people in the program

Junior Jewel Tillman, one of the student coordinators for SMART, has been both a mentee and a mentor.

As a coordinator, Tillman helps find and coordinate events for SMART members to attend. She said matching mentors to mentees goes beyond skin color.

“And the good thing about SMART, we also match mentees with people who are in their same major and career field,” Tillman said. “It’s not just like, because you’re black, we’re going to match you with a black mentor. It’s really about building a connection.”

Tillman also hopes that the program grows beyond Elon.

Mentees in the program

“I’m also looking forward to seeing SMART become something that is modeled not only at Elon, but also throughout the nation,” Tillman said.

According to Tillman, there are 92 people participating in the SMART program — 34 mentors and 58 mentees. Bell declined to give the specific breakdown of ALANAM students in the program.

Sophomore Kaitlyn Moonsammy, a SMART mentor, said she noticed the lack of diversity on one of her first visits to Elon’s campus.

“While being on campus during that weekend, I noticed there’s not much diversity on the Elon campus, which I was kind of shocked about,” Moonsammy said. “I thought it was like a completely different realm, but it wasn’t.”

“I’m trying to learn how to better connect myself with people on a different level than just being the mom of the friend group,” Moonsammy said.

Moonsammy’s mentee, freshman Sara Moretti who has only been in the program for a few weeks, says her experience has been positive thus far.

“It’s been nice to have that contact with other people who look like me,” Moretti said. “And I don’t want to say ‘think like me,’ but just who know experiences going to a predominantly white institution.”

"The SMART mentoring program is a great way for students from diverse programs to contribute to the creation of a more inclusive community."

With the program now at the quarter-century mark in its history, Bell hopes SMART continues to grow and make Elon more inclusive.

“The SMART mentoring program is a great way for students from diverse programs to contribute to the creation of a more inclusive community,” Bell said. “So, I really want to continue to see that happen.”