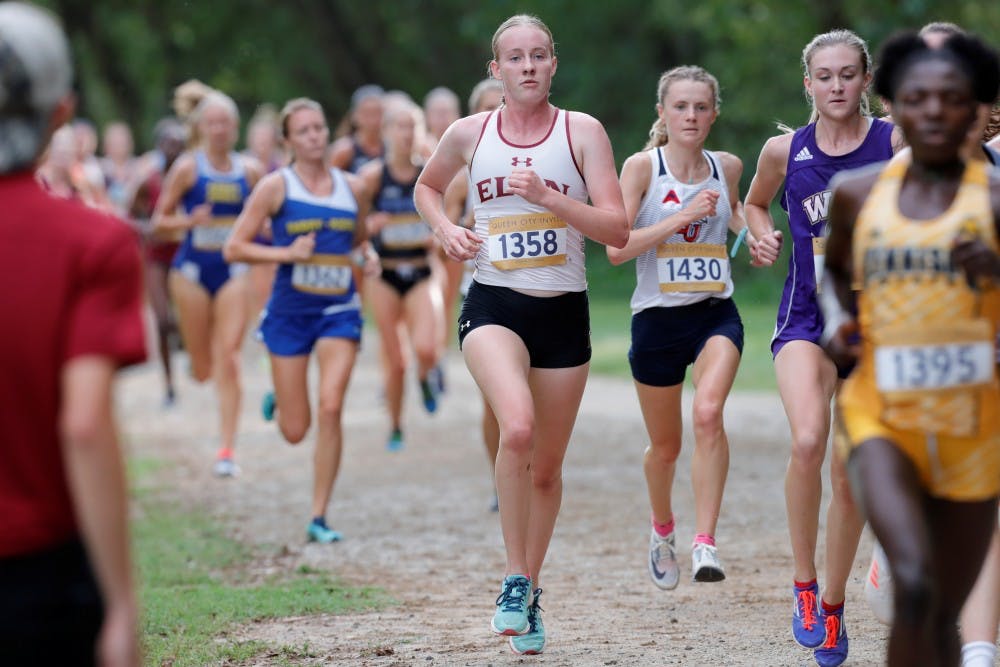 New research being conducted by Emily Fonke, a professor in the Department of Physical Therapy, may help prevent the injuries of collegiate cross country runners by reshaping rehabilitation.

Fonke’s research is based on studying the forces affecting the body upon its impact with the ground. Her research studies this by looking into dynamic postural sway, or the ability to maintain the body’s center of gravity within the limits of stability.

Fonke’s research poster was recognized as a promising component in scientifically grounded research among graduate students. She earned a $1,000 travel award, from the AMTI Force and Motion Foundation, to continue her research.

This foundation focuses on aiding students who are pursuing future leadership positions in science and who have a core concentration in multi-axis force measurement which studies the multitude of outputting forces applied from a single direction.

Fonke’s work is part of a virtual poster association, where research can be shared with like-minded students and experts.

Prior to the start of her research, Elon University’s cross country team came to Fonke with concerns about the frequency of injuries

“They wanted to know what they could do in rehabilitation to reduce the number of tibial injuries and stress fractures,” Fonke said.

A stress fracture is common among professional and recreational runners. The progression of pain for stress fractures can be detrimental to the performance of cross country runners.

The focal point of her research is centered around balance and the contrasting results when comparing an injured leg to an uninjured leg.

“Balance is a predictor or identifying factor of a higher risk for stress factors,” Fonke said about her research methodology.

“The forces that the runner puts through the ground are different in the uninjured leg of the injured runner,” Fonke said.

Fonke used a combination of machines employed to measure ground reaction and dispersion forces, or forces that are exerted on a body part in contact with the ground. Fonke described her work as “trying to find ways to perform daily tasks while you’re still injured.”

During any running activity, the uninjured leg is receiving more force from the ground compared to the injured leg, making it more likely that the runner will experience another injury in the future.

"At the end of the day,it's important just to listen to your body, when it's hurting and when needs healing ."

Muscles located in the lower segment of the body and motion synchronized in the ankle correlate to balance control. It is thus essential to increase “single-leg stance stability” as well as equalized force distribution.

“Ankle strength and range of motion should be a part of rehabilitation due to its influence on postural stability,” Fonke said.

Hannah Preeo, a member of the women’s cross country team, said runners “usually take two to three days a week to go easy [and] have some time to recover.”

By constantly practicing, runners are able to build their endurance for competitions.

“At the end of the day, it’s important just to listen to your body, when it’s hurting and when it needs healing,” Preeo said.