Phoenix offense stalled in the 1-0 defeat 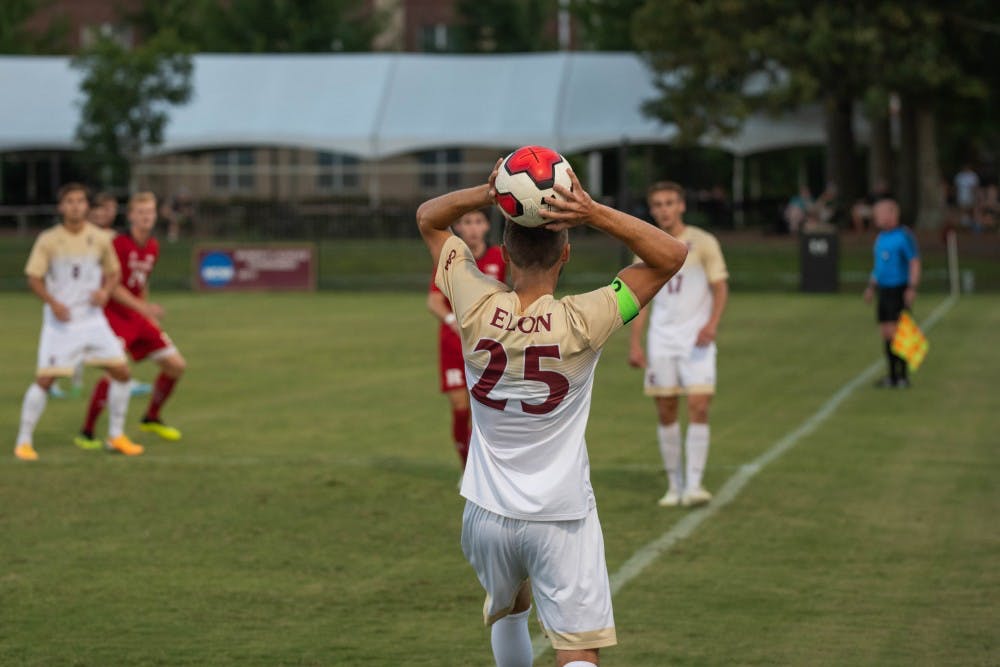 
Elon defender Canar Snover throws the ball in against Rutgers University on Sept. 7, 2019 at Rudd Field.

The Phoenix men’s soccer team suffered their first loss of the season as they were quieted by the Rutgers Scarlet Knights Saturday night.

Last year when these two teams met at Rutgers home turf in New Jersey, it was a one-sided blowout. Elon won 8-1, which had five different Phoenix score. This year was a different story.

Reeves knew that as well.

“Soccer continues to change with graduating players. They have a brand-new coaching staff that has done a tremendous job so far,” Reeves said.

Rutgers had an opportunity in the 13th minute, but it was spoiled due to a push off.

In the 15th minute, Elon had their first threat earning a corner, but they couldn’t capitalize. A few minutes later the Scarlet Knights had a breakaway, but couldn’t score due to a great save by Wentzel.

The rest of the half went back and forth with scoring chances.

“They played the ball well at the beginning, I think we had trouble finding the right marks.” Wentzel said.

At the end of the first half, the game was still scoreless. Rutgers outshot the Phoenix 3-1 on shots on goal. Elon took the only three corner kicks in the half.

Elon came out attacking in the second half. The game became more physical as it progressed.

“I think it got better in the second half," freshman defenseman Kasper Lehm said. "They couldn’t turn up field as easy, but unfortunately it wasn't good enough.”

The only goal came in the 72nd minute when Wentzel misplayed a ball that ultimately was the deciding goal.

“We all saw what happened. I thought we bounced back pretty well as a team,” Wentzel said. “It happens at practice sometimes, but it was too bad that it happened in the game.”

Elon’s attacked picked up after the goal, but failed to find the back of the net.

Elon returns to action on Wednesday at 7 p.m, as they host High Point University at Rudd Field.