More but still a minority 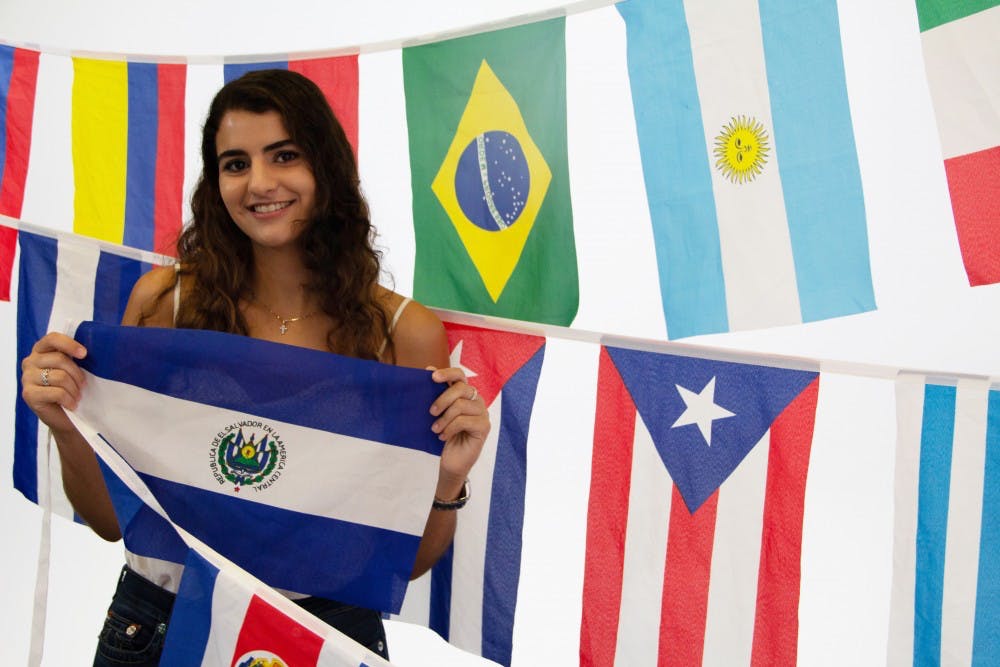 As a graduate of the American School of El Salvador, Lucia Safie’s family always expected her to attend college in the United States — she is now a senior at Elon University and one of only two Salvadorans on campus.

During the first half of her college experience, Safie was the only international student from El Salvador at Elon.

“It felt a little weird to not have someone else from my country,” Safie said. “I felt no one was going to understand me.”

However, Safie said, because El Salvador is such a small country. She sometimes liked being the only student.

“I wanted to start fresh,” she said. “When I met my friends from other Central and South American countries I found that they could understand me too, so I didn’t feel as lonely.”

Overall, the number of international students in the U.S. has increased each year since 2014. However, that rate of increase is slowing, according to 2018 data from the Institute of International Education — falling from 10% to 1.5% between 2014 and 2018.

Safie said these statistics concern her more than surprise her.

“It’s really sad,” Safie said. “I know that for future generations, they aren’t going to be able to have the experience I had … having that community.”

Similar to the rest of the U.S., the number of international students studying at Elon has increased since fall 2008, according to the Office of Institutional Research & Assessment 2018-2019 Fact Book.

According to the Fact Book definition, international students are those who are student visa and green card holders, dual citizens and overseas Americans.

Whether or not Elon’s rate of increase is slowing, like the national trend, is uncertain.

“We’re always a minority in our classes,” Safie said. “Everytime I speak, or I say where I’m from people stare.”

Sylvia Muñoz, associate director for the Center for Race, Ethnicity, and Diversity Education, director of the El Centro de Español, and Costa Rican native, attributes the change in enrollment to the negative narrative surrounding immigrants and the increasing cost of universities in the country.

"As an international student here, it's very unwelcoming sometimes."

Safie agrees. She said she has no doubts that she will not be staying in the U.S. to attend graduate school.

“As an international student here, it’s very unwelcoming sometimes,” Safie said. “I don’t want to put myself through that for more than necessary.”

Last year, Elon University’s Latinx/Hispanic Working Group published a report on the experiences of Latinx/Hispanic students, faculty and staff. The report stated that despite the consistent increase, Elon “falls below some of our peer and aspirant institutions, far below the national Latinx/Hispanic population.”

Muñoz said that just because the number of Latinx/Hispanic and international students at Elon is increasing, it doesn’t mean that the university should not focus on this issue.

Rate of increase: The percent by which a number grows. This was in reference to the number of international students annually enrolled in universities in the U.S.

“We don’t need to be sick to get better,” Muñoz said. “We can always improve or make things better for students.”

Administrators agree that a continued push for more representation at Elon is important.

“As an institution focused on diversity and global engagement, we value the experiences of all students,” Vice President for Enrollment Greg Zaiser said. “We have developed specific initiatives to recruit a greater number of Hispanic-identified students to Elon.”

According to Zaiser, these initiatives include a new position focused on domestic Hispanic student recruitment as well as tours and admissions and financial aid brochures in Spanish.

Muñoz said Elon needs to pinpoint the ways it stands out from other institutions in order to encourage students to attend the university. She said she believes that Elon does a good job getting personal with its students.

She highlighted Elon’s mentorship and engagement abilities. Because of this, she said statistics cannot be the only priority.

“We cannot grow in a way that we consider students numbers,” Muñoz said. “Representation for me is not just the physical bodies.”

“I think what’s more important is to actually include it within the fabric of the university,” Muñoz said.

The lack of representation of Latinx/Hispanic and international students at Elon is something Mexican-American junior Yaliz Pedraza noticed from the moment she transferred to Elon as a sophomore.

“I didn’t feel like I belonged at Elon, because the only places for us are El Centro and the CREDE,” Pedraza said.

She became an SGA junior class senator because there weren’t many Latinx/Hispanic-identifying students in the organization. Pedraza now serves as a co-chair for the Student Inclusive Campus Committee.

“I don’t want to be the sole representative for Latinx people on campus,” Pedraza said. “There aren’t a lot of people that look at me, and therefore, I feel like our issues do not get represented.”

Pedraza said the lack of representation creates a “negative culture for students of color” who don’t feel like they belong at Elon.

“If we’re really going to talk about diversity, then let it be diverse, not just pick and choose who you want to be on the cover of the website,” Pedraza said.

Not only do Latinx/Hispanic students see a lack of representation at Elon among the student population, the representation in faculty demographics is even lower.

According to the 2018-2019 Fact Book, only nine faculty members at Elon identify as Hispanic.

Safie said she has felt comfortable with only two of her faculty members at Elon. She said most of her professors don’t understand the intricacies of getting a job after graduation for international students.

“It makes me more nervous because now I feel like I’m on my own basically,” Safie said. She said she feels “a lack of support and a lack of interest” from the faculty.

Muñoz said this lack of representation in students and faculty affects all of Elon.