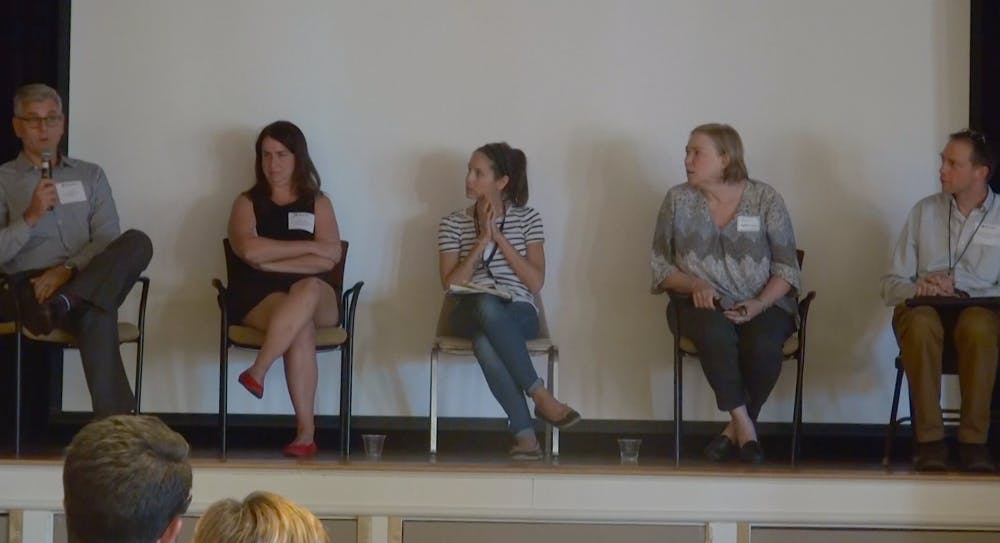 The event was called "Changing Waters, Changing Climate, Changing Times" and included many speakers from municipalities across North Carolina.

The event started with a presentation by Kathie Dello, the director of State Climate Office of North Carolina, highlighting the effect of climate change so far on North Carolina.

"When you start to think about the economic effects of climate change they are huge, lost wages, lost output from North Carolina," Dello said.

After her speech, Sherri Stanley, a representative from Governor Roy Cooper's office, took the podium to talk about what the governor's office is doing to combat climate change.

"Governor Cooper signed executive order 80, in October of 2018 and it supports the goals of the 2015 Paris agreement and honors the state's commitment to US Climate Alliance," Stanely said.

After a short break, the forum continued with a panel open to audience questions on climate change.

Audience questions focused on water drainage systems in place in their cities, what they could do to combat climate change, and how the local municipalities were helping to fight climate change.

"There is a bit of a lag time for what we are trying to do because we have already done the damage it's not climate change it really is it's climate changing because it's happening right now," Schmitz said.

For more on information of the NC Governor's plan to combat climate change visit.  deq.nc.gov/climatechange.