AT&T workers on strike in Burlington 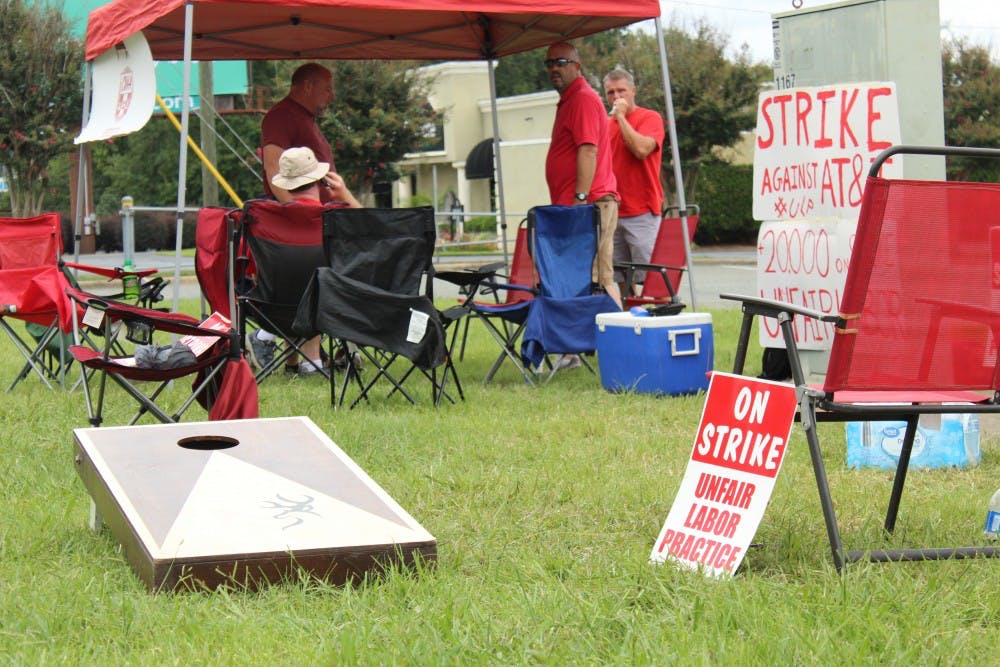 
Workers outside of the AT&T service center are on strike over, "unfair labor practices."

Technicians employed by AT&T in Burlington camped outside their workplace Tuesday to stand up against what they call ‘unfair labor practices.’ The Communications Workers of America union (CWA) has filed a charge with the National Labor Relations Board.

The Burlington workers join a group of 20,000 people across nine southern states that are on strike against the company.

Mike Allred is a technician at the Burlington AT&T service center on Longpine Rd. He says the company didn't provide a bargaining representative with the authority to make decisions during contract negotiations. “We’re actually out here on strike until we get an agreement, or we hear we are going back to work from our union.”

The members that were picketing out in front of the building were dressed in red, a common color in the strike across the southeast.

There has been additional unfair labor practice charges filed against AT&T in south Florida. According to a recent press release, AT&T “illegally disciplining members for wearing union memorabilia and for participating in activities that are protected under the National Labor Relations Act.”

Allred says the administrative staff is still working in the building this week. The technicians have no set time to go back to work, he says.

“We entered these negotiations prepared to bargain in good faith with AT&T to address our members’ concerns and to work together to find solutions,” said CWA District 3 Vice President Richard Honeycutt in a press release this week. “Our talks have stalled.”

Allred says there is not a set date to go back to work.

Since starting expanded testing of 5,000 Elon University students due to a record high number of COVID-19 cases on campus, over 1,800 test results have been returned, according to an email to the Elon community from Jeff Stein, chair of the Ready & Resilient committee.

Despite the campus wide power outage at Elon University’s coronavirus testing is still up and running in Alumni Gym. According to Brett Simon, assistant director of campus recreation and wellness for sport programs, COVID-19 testing will continue as planned for the remainder of the day, despite Alumni Gym currently being without power.