Elon University junior was selected in the eighth round. 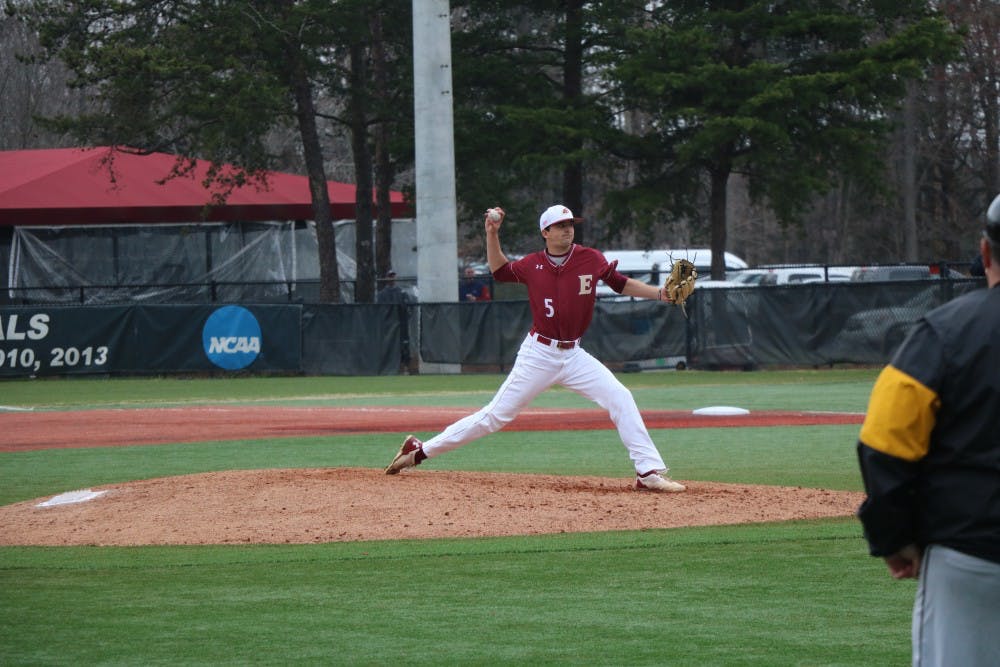 
Elon pitcher Kyle Brnovich throwing a pitch in the 2018 season.

Elon University pitcher Kyle Brnovich has been drafted by the Los Angeles Angels with the number 241 overall pick in the eighth round of the 2019 Major League Baseball (MLB) Draft.

Brnovich becomes the second Elon pitcher to be taken in the 2019 draft, joining fellow pitcher George Kirby. The Georgia native finished his final season with seven wins, and his third season with over 100 strikeouts. Brnovich has also etched his name in Colonial Athletic Association history. The righty pitcher will finish his Elon career second all-time in strikeouts in CAA history with 360. The current record holder is Houston Astros pitcher Justin Verlander, who pitched for Old Dominion University from 2002 to 2004 and racked up 427 strikeouts.

The Angels’ addition of Brnovich marks the second year in a row that multiple Elon players have been drafted. This is also the first time that the Angels have drafted an Elon player since 2001, when the team selected pitcher Brad Pinkerton.

Following the selection of Brnovich, Elon is left with only six draft eligible players remaining according to MLB’s draft tracker. According to MLB.com there is only one Phoenix from the top 200 draft prospects remaining: pitcher Ty Adcock.