This week recognizes the identities of multiracial students 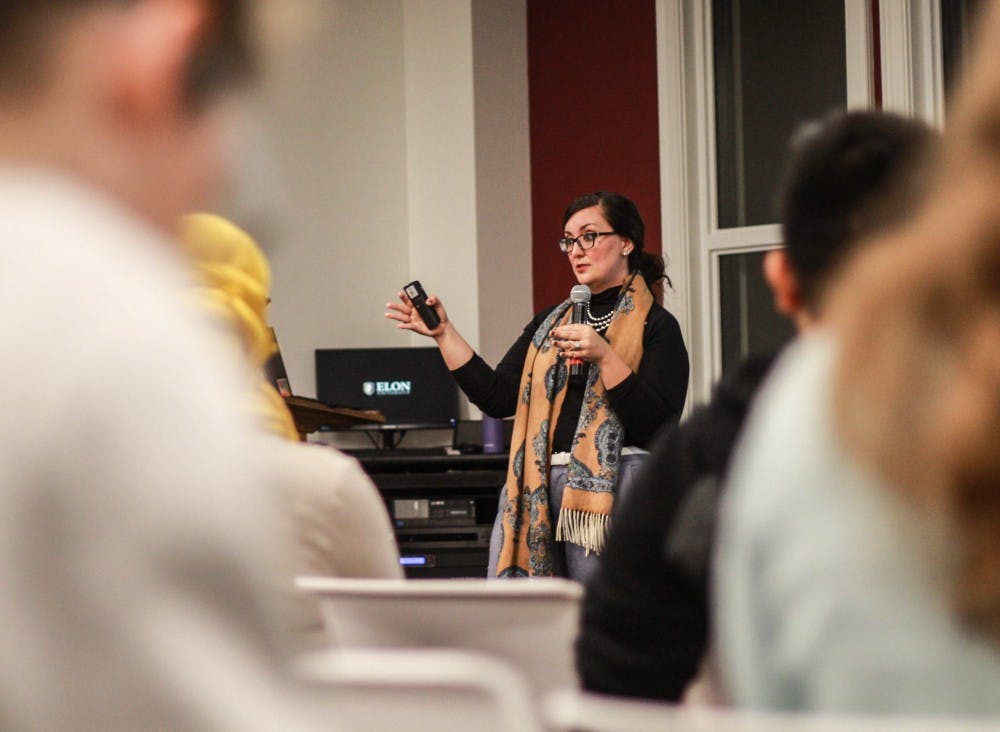 For the first time at Elon University, the Center for Race, Ethnicity and Diversity Education will be presenting Multiracial Awareness Week, providing several events to recognize students who identify as mixed race. Kiah Glenn, assistant director of the CREDE, organized the week, which began March 4 and will end March 8.

Glenn, who identifies as multiethnic, struggled to find which community she fit into while growing up.

“I didn't get to have friend groups because my identity didn't fit … so [in Latinx spaces] they were like, 'Well, you're black, you need to be over there with the black people,' and then in black spaces, if we weren't in a space that held [a] diaspora, then it was, 'Oh, you're Latina,'” Glenn said.

Traditionally, in the United States, people are assigned one racial category, whether it’s on official forms or in social settings, but this causes problems for people of more than one racial background. This week seeks to bring visibility to those who do not fit squarely into one box.

March 6, 5:30 - 7 p.m.: "Check All That Apply," the monthly town hall for multiracial and third culture students in the CREDE.
March 7, 5:30 - 7 p.m.:"Mixed Match," a documentary that
follows multiracial blood cancer patients and their struggles to find bone marrow donors because of
their genetics, will be screened in Moseley 217.
March 8, 6 - 8 p.m.: "Open Mic Competition" in Irazu

“A lot of the things we hear for multiracial students echo similar lines," Glenn said. "I was told I am not black enough for black spaces, or I'm not white enough for white spaces or I am not Asian enough to be in this space …  so it is difficult when you are told that you are not enough of something or that you don't belong in this space. And so then where do you belong?”

Ozelle Bower, a senior who identifies as German, Fijian and Japanese, will be taking part in Multiracial Awareness Week. Bower is excited to take part in this week to open up discussions about what it means to be multiracial.

“I'm just really happy that this week is happening so that … I can really share my identities and then other mixed students can come out and really just join the conversation,” Bower said.

Glenn encourages everyone to come out to the events, even those who do not identify as mixed race.

“I hope that with this week, people who maybe never used the CREDE before and never have come to an event or never even thought to start thinking about their identity as it relates to being multiracial will be encouraged to come,” Glenn said.