FIRST HALF: Elon vs. UNC Wilmington 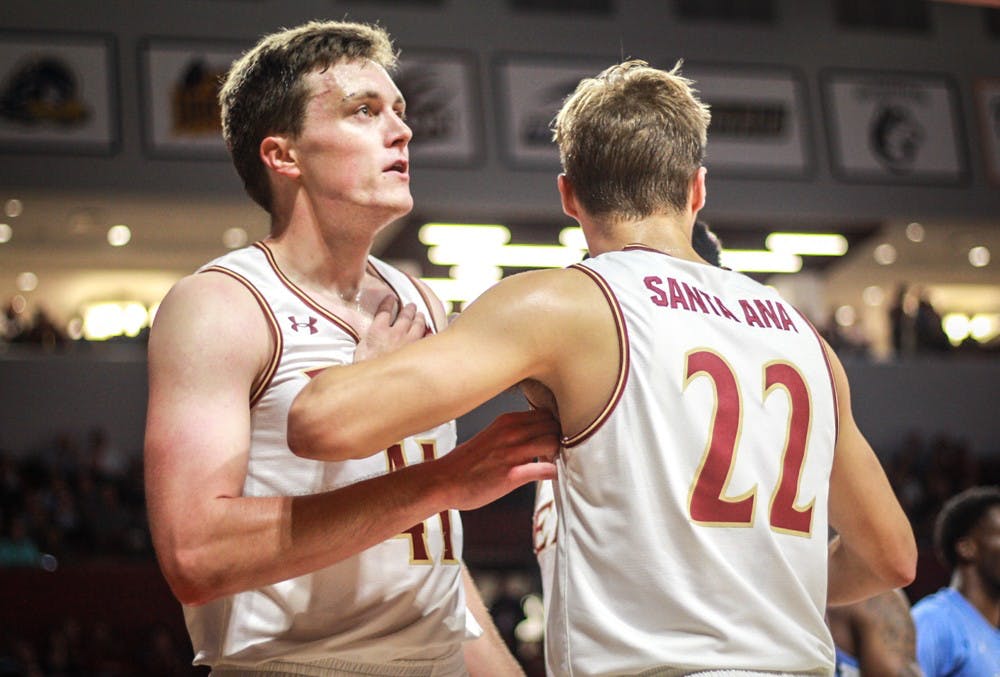 Elon University men’s basketball trails the University of North Carolina Wilmington 46-38 at halftime in the first round of the Colonial Athletic Association Tournament in North Charleston, South Carolina.

Senior guard Steven Santa Ana leads all players with 15 points in the game. That includes a few deep three pointers, one of which came in the last minute and a half to give the Phoenix some life.

Elon has shot the ball well, connecting on around 47 percent of shots from the floor, but UNCW has been even more impressive, hitting nearly 60 percent of its shots. This is reflected by the even scoring across the lineup, with sophomore guard Ty Gadsden and redshirt-junior forward Jeantal Cylla both leading the scoring for the Seahawks with 10 points apiece, with senior forward Devontae Cacok following right behind with eight points. Cacok has been mostly held in check by Elon though he only played 11 minutes of the first half.