Dainan Swoope, Nathan Priddy and Simon Wright could be done as Phoenix 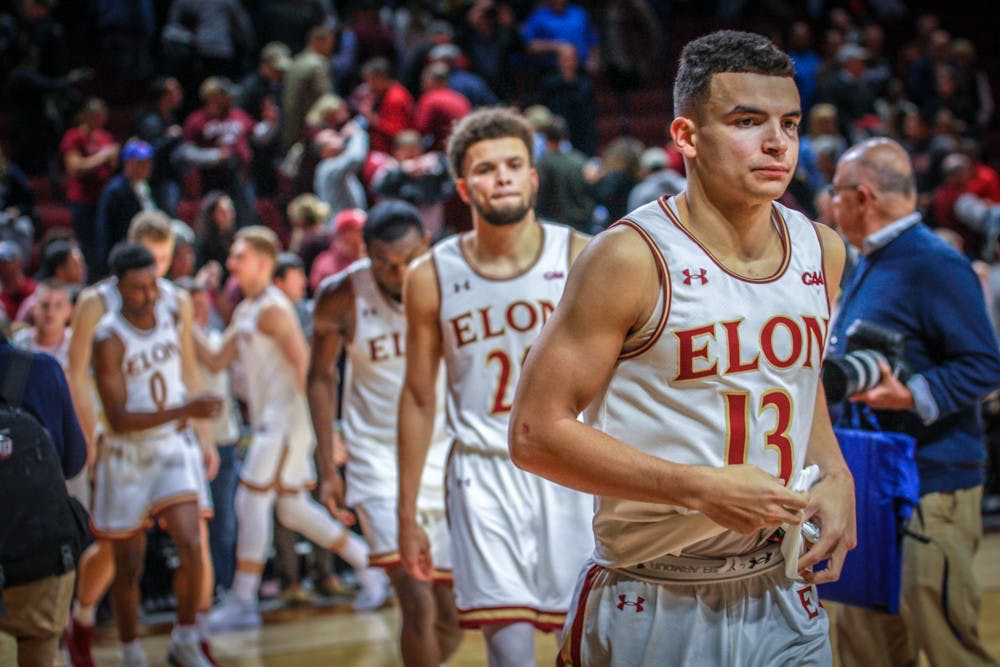 Correction issued at 7:46 p.m. – The NCAA Transfer Portal does not guarantee a player will transfer. Wording in the headline and paragraphs one and five have been changed to reflect that.

Swoope, who sat out most of this year due to a nagging leg injury, was granted a medical redshirt to gain another year of eligibility. The 2017-2018 season was the last full season he played, and Swoope started 31 of 32 games and scored a career-high 385 points while adding 126 assists. Swoope played in and started five games in the 2018-19 season before deciding to get surgery.

Priddy filled in for Swoope and started 25 of 31 games played for the Phoenix this season. Priddy racked up 226 points and 79 assists for Elon. Priddy played in seven games his freshman year, none of which he started.

Wright saw action in 30 games this year but started none of them. Wright picked up 56 rebounds and also scored 56 points while averaging just over eight minutes a game. Wright played 32 games his freshman year and started two games against the University of Delaware and College of Charleston.

Combined with the four other seniors leaving this spring after graduation, Elon could be losing seven players off its roster headed into the offseason.