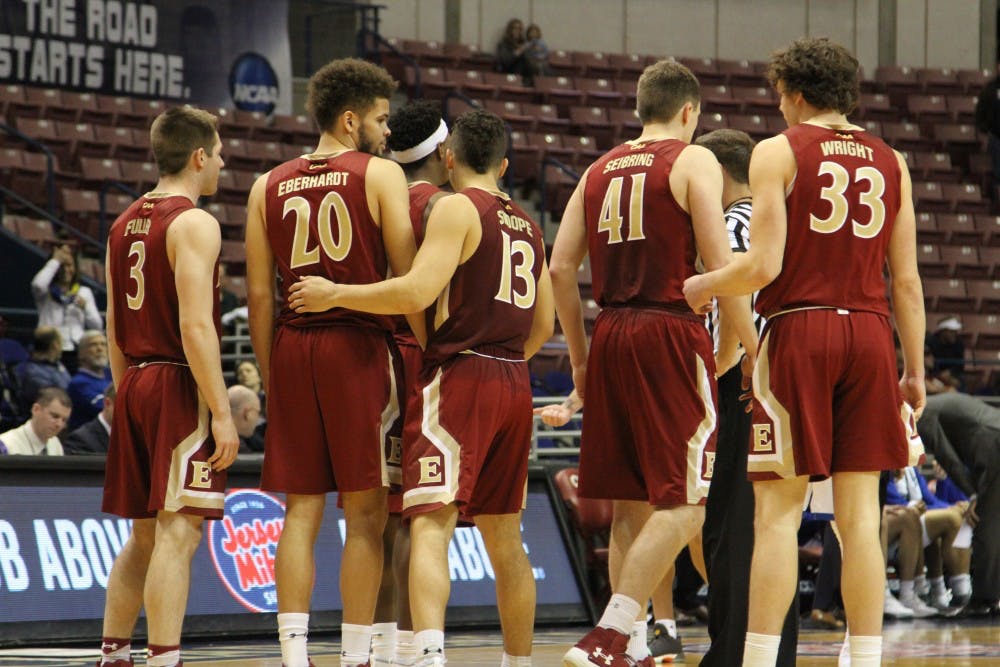 Elon University men’s basketball kicks off their inaugural season in Schar Center this year. To ring in the special occasion, Elon brought in the No. 8 University of North Carolina Chapel Hill Tar Heels to break in the new space. No matter how uneven the game may seem on paper, they play every game for a reason.

Last year was a down year by the standards of some UNC fans. The Tar Heels finished 26-11 overall and 11-7 in Atlantic Coast Conference (ACC) play. They entered the NCAA tournament as a No. 2 seed but bowed out early, losing handily to No. 7 seed Texas A&M University in the second round.

The Tar Heels are bringing in a major recruiting class this year. The three freshmen coming in are five-star recruits Nassir Little and Coby White, and four-star recruit Leaky Black. For some perspective, the highest rated Elon player is senior shooting guard Steven Santa Ana, who was a three-star recruit. The Tar Heels are led by young players, returning only two seniors: forward Luke Maye and guard Kenny Williams.

Leading UNC's team is the legendary head coach Roy Williams. Williams, now in his fifteenth season at the helm, has racked up quite the list of accolades, and it doesn’t look like he’s slowing down. Williams has led the Tar Heels to three national titles, has gone to six national championship games and has the second most career tournament wins of all-time with 76.

How does Elon win this game?

It would be a longshot to expect Elon to win this game, but you can't count them out from coming out on top. It became a reality last year for the Tar Heels when they welcomed the Wofford University Terriers to the Dean Dome and then lost to them 79-75. Crazy things happen in sports. So how does Elon get it done?

It looks like playing down low is not going to work. Elon does not have the size to compete with the UNC big men. Guys who can generally hold their own in the Colonial Athletic Association (CAA) like senior center Karolis Kundrotas, the six-foot, eleven-inch Lithuanian, and senior forward Tyler Seibring, are going to have trouble working in the low post against the UNC centers.

Elon is going to be forced to do what they do during lots of games—shoot the three. If Elon can get hot from behind the three-point line, they are going to have a chance. The team is capable of making threes, and they recruit guys to be able to do so, but they need to be particularly exceptional when they play the Tar Heels.

The final thing Elon needs to do to have a prayer of pulling off an upset is to be physical. The big, strong, fast UNC players are going to make Elon work and make them pick up the tempo of their play. If the Phoenix really want to win this game, they need to use their possessions to slow down the tempo of their game and not take bad shots. It will probably be pretty tempting in the first half to try and take big shots while they are close with UNC, but that is the quickest way to dig themselves into a hole.

If Elon wants to win this game, they are going to need to score. They cannot win a defensive battle with the Tar Heels, but they can try and outshoot them.