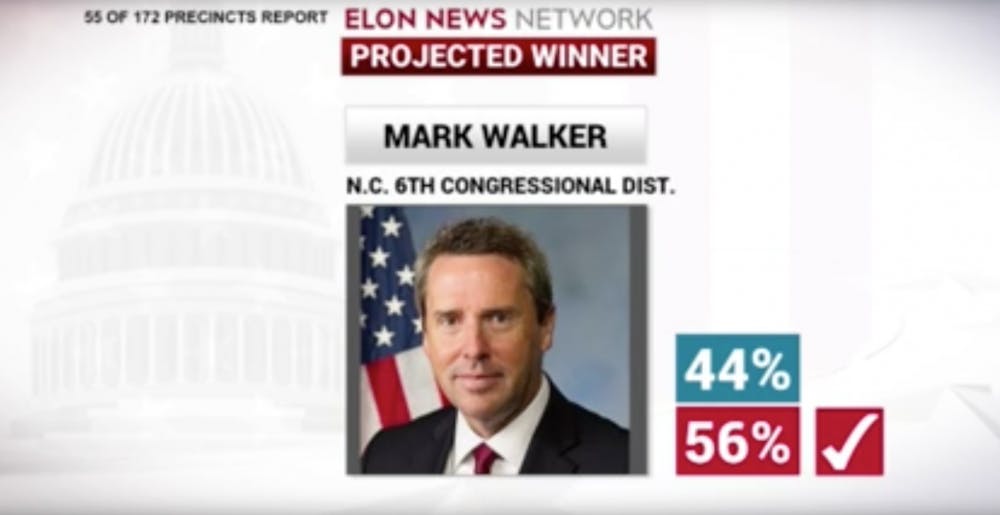 Mark Walker is the projected winner of the N.C. 6th House District race.

Republican incumbent Mark Walker leads the polls with 56 percent of votes against his democratic opponent, Ryan Watts, who has 44 percent of the votes.

A total of 70 out of 172 precincts have cast their votes.

Walker is a self proclaimed “unapologetic conservative,” according to the Charlotte Observer. He is a former Baptist Minister, a co-chair of the Prayer Caucus, and a member of the National Rifle Association (NRA).

Walker’s focuses include 2nd Amendment rights, the pro-life movement, military expansion, tax reform and education. However, he is considered moderate on immigration issues. In an interview with the Charlotte Observer, Walker said that he believed Muslim-Americans were “hard-working Americans” and spoke out against Trump’s Muslim travel ban.

In the same interview, Walker said that he hopes to work on “effective conservatism” and was said to have redefined “the conservatives’ strike zone.”

Opponent 28-year-old Ryan Watts is running as a grassroots democratic candidate. His focuses include a “bipartisan jobs agenda,” in hopes to return jobs to the U.S., and strengthening the education system.

Watts has also refused funding from other corporations, and has branded himself as an outsider.

Watts has refused NRA funding and has been recognized as a “Guns Sense Candidate” by Moms Demand Action. He said that he will fight for common sense gun laws.