The upstairs potion of the dining hall is set to open Nov. 7. 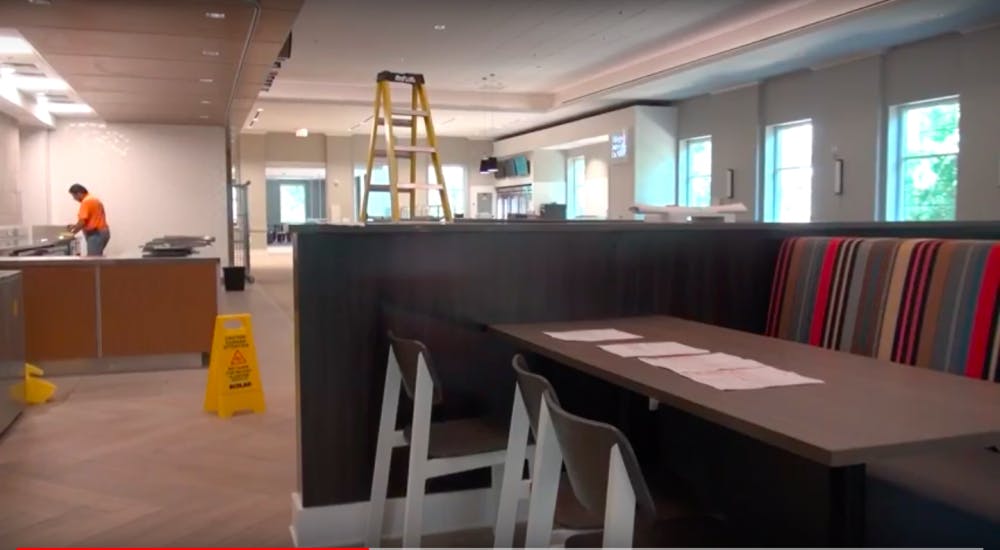 However, only downstairs food options will be available. These include the all-you-can-eat options such as a salad station and a fresh pasta station.

According to Shea, upstairs McEwen will be open Nov. 7. On the second floor, Pei Wei and Village Juice Company allow students even more options.

Although the opening date for McEwen is more than a year overdue, head of Elon Dining Marketing Casey Claflin said weather moved the date.

"I know we had Florence ... I think just general, like kind of construction delays just along the way. But the hurricane definitely did not help," Claflin said about the delay.

Claflin said although Shea confirmed those dates, they could change.

"It depends on the construction wrapping up and then the inspections," Claflin says, "but I can say that we are very close."

The McEwen location will be Village Juice Company's fourth opening. They’ve recently opened at Wake Forest University and have two stores in Winston-Salem.

"It's like a true local retail connection," Claflin said.

"We are really excited to join the Elon community," Tate said.