Cheek tears ACL, is ruled out for the remainder of season 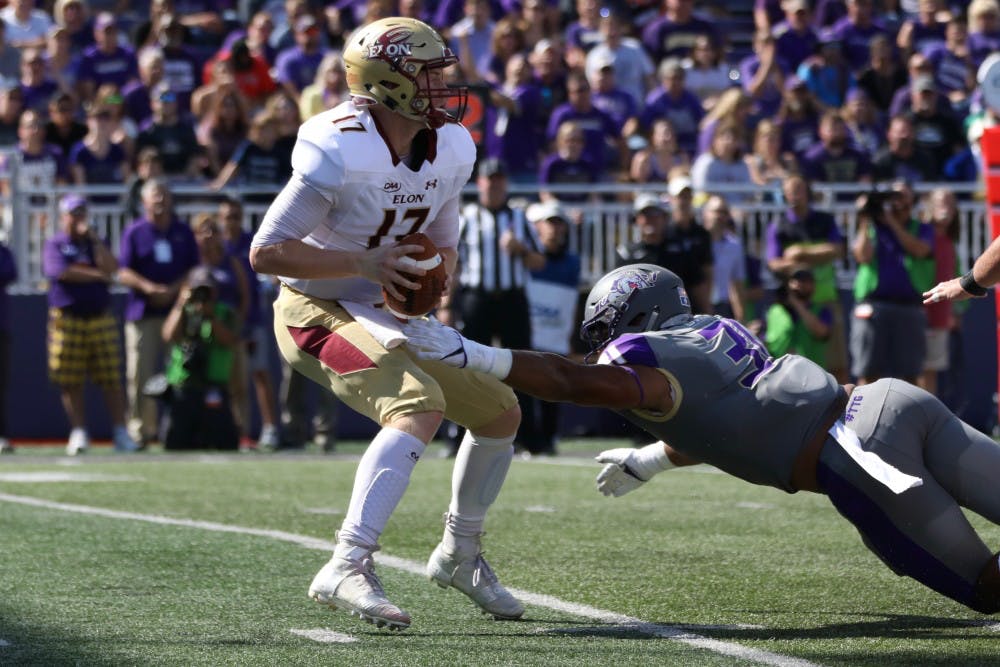 Sophomore Davis Cheek will be out for the rest of the season due to a torn ACL in his left knee, as first reported by Adam Smith of the Times News. Cheek suffered the injury in Elon’s first Colonial Athletic Association (CAA) loss of the year against the University of Delaware on Saturday, Oct. 13.

With around seven minutes to play in the first quarter, Cheek was flushed out of the pocket by the Blue Hen defense. Looking for an open receiver, Cheek scrambled to the far sidelines and attempted to cut past a defender to buy himself more time. As he planted his left leg, Cheek collapsed to the turf while holding his knee in a non-contact incident. Cheek would not return to the field for the remainder of the game.

Cheek had completed over 65 percent of his passes in the six games he played this season. The sophomore signal caller racked up over a thousand yards passing in the first half of the season, complemented by five total touchdowns (four passing, one throwing), and only one interception.

Sophomore Jalen Greene will now step under center for the Phoenix. Greene initially came into Elon competing for the starting quarterback job with Cheek, but Cheek ended up with the starting role.

Greene will get his first start of the year this Saturday when the Phoenix take on the Spiders of the University of Richmond at Rhodes Stadium.