The dining hall has been closed for over a year. 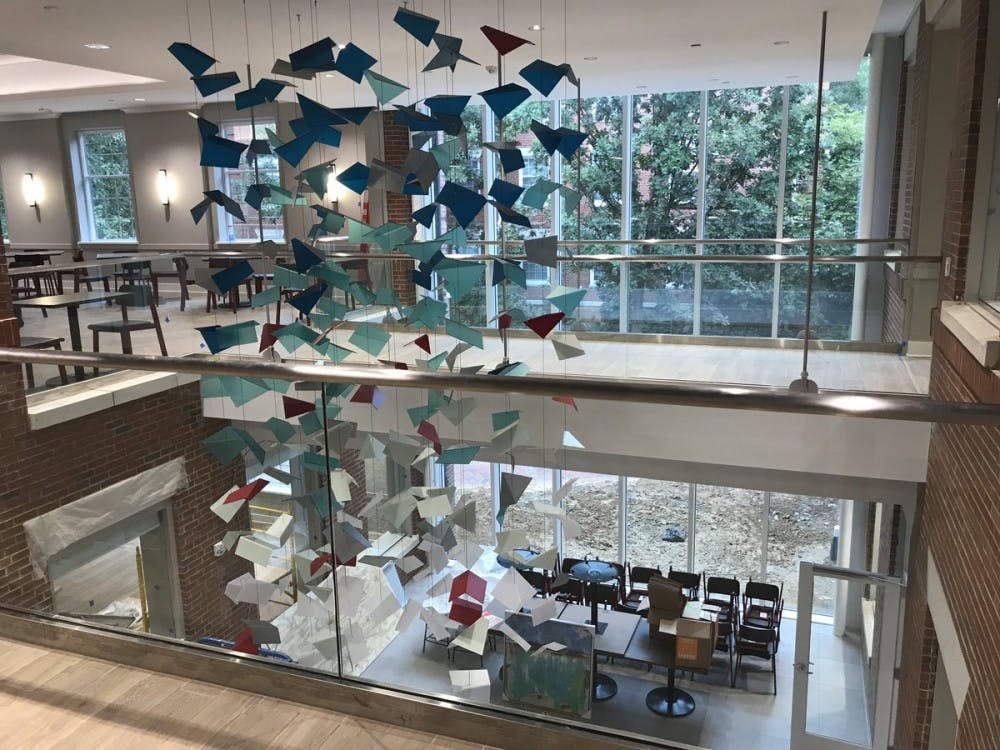 Photo of the new dining hall.

New pictures of McEwen Dining Hall have been released.

The dining hall was originally scheduled to open at the beginning of the 2018-2019 academic year, but according to Bob Shea, associate vice president for business, finance and technology, the project was delayed three weeks due to heavy rainfall in the spring that prevented the pouring of the foundation.

In the past week, the fence that surrounded the site has been taken down and chairs and booths could be seen sitting outside.

When it opens, McEwen will include new dining options Pei Wei, an Asian restaurant chain, and the North Carolina based Village Juice Co. The dining hall will feature three main stations — Knead, Home & Away and Greens & Grains.

Knead will have sandwiches, pastries and coffee. Home & Away will serve a variety of "homestyle foods" and options for people with special diets, such as vegetarian, vegan or gluten-free. Green & Grains will be a "robust soup and salad bar," with a large variety of toppings and dressings.

For more information on what to expect from McEwen, read our article from January.