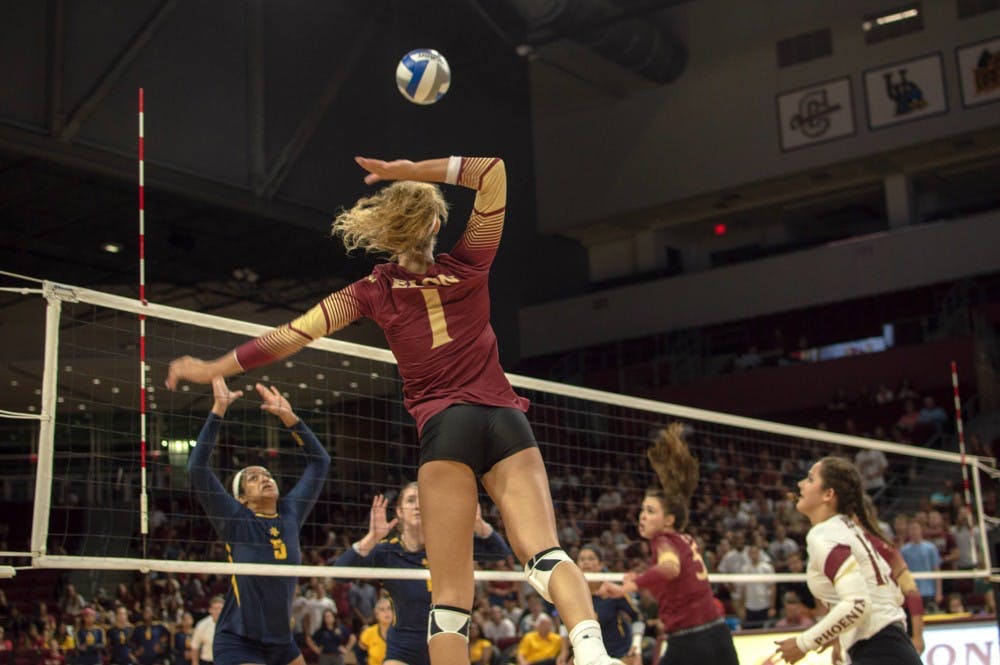 Elon Volleyball swept North Carolina A&T three sets to zero in a home opener thriller at home. Amidst the excitement, the entire Schar Center was evacuated due to the fire alarm going off in the first set.

This improves their record to 4-0 and their 12th consecutive victory in the rivalry. Senior Kam Terry, who just reached her 1,000 kill last match, led the team with 12 kills. Phoenix head coach Mary Tendler says the team has been anticipating this game for a while now.

“We’ve been waiting for this game for a long, long time,” Tendler said. "As everyone sees, this is an amazing facility and we wanted to start it with a win. It’s really special.”

This was also the first Elon athletic event to be held in the new Schar Center. The student section cheered loud, and Tendler says the fans' high energy attributed to their gameplay.

Elon Volleyball is back in action this Friday in the Schar Center as they host a tournament against North Carolina Central, Gardner-Webb, and Evansville University on Saturday.