Righty dominates in his sophomore campaign 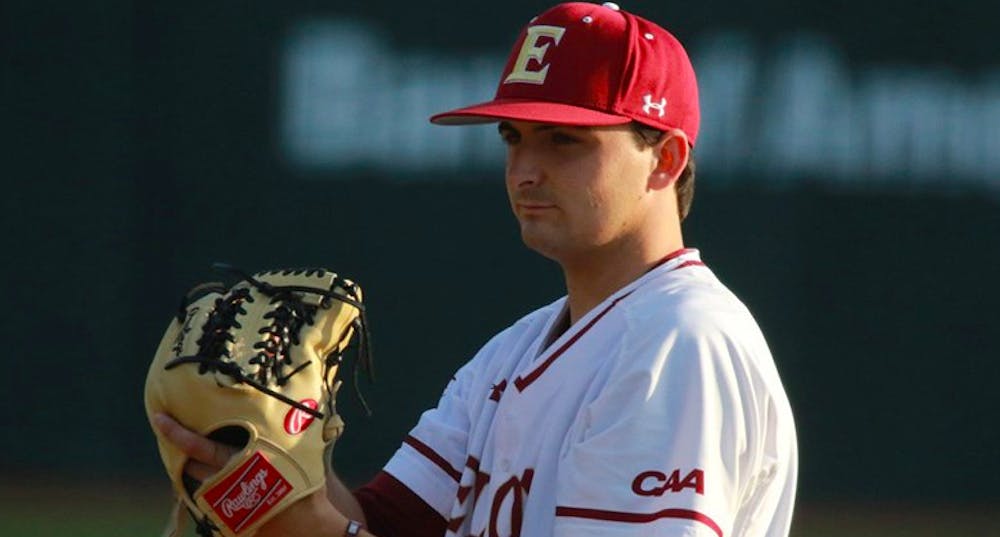 This season continues to get sweeter for sophomore right-hand pitcher Kyle Brnovich. After becoming a semi-finalist for the 2018 Golden Spikes award, the most prestigious award an amateur baseball player can earn, Brnovich has now claimed All-American and All-Regional honors.

Brnovich was selected to the First Team Perfect Game/Rawlings All-American squad as well as being named to the First Team of the Atlantic-ABCA/Rawlings All-Region Team on June 13. This marks the first time in program history at the Division I level that a player has been named to an All-American list. The only other player to achieve this for Elon was Donnie Brown in 1989. At that time, the then Fightin’ Christians played at the NAIA level.

The Milton, Georgia native also claimed many other accolades this season, including being named to the First Team All-CAA roster, the CAA All-Tournament Team and receiving the 2017-2018 Stein H. Basnight Award for being the most outstanding male athlete at Elon.

Brnovich’s season was already impressive. He set the club record, and lead all Division I pitchers in the regular season in strikeouts this season with 147.  He threw 7.0 or more innings in 11 of his 15 starts, which includes a complete game against Hartford during the team’s Alumni Weekend. On eight different occasions, he held opposing batters to three or less hits, including a one-hit gem against Towson University.

Brnovich’s incredible campaign will leave him going into his junior year already holding some impressive school records (in the Division I era) including lowest career and season earned run average, and career and season lowest opponent batting average.

While his statistics would be impressive under any circumstances, Brnovich’s numbers are put into perspective when it is shown how much he improved from his outstanding freshman year. The Kings Ridge Christian Alum improved on almost every statistic possible, all while taking on a heavier workload. The righty threw 15.0 more innings and faced 35 more batters than in his rookie campaign, and he bested himself in 10 major statistical categories.