The recent graduate will begin her two-year term as a full voting member on the Board of Trustees this week. 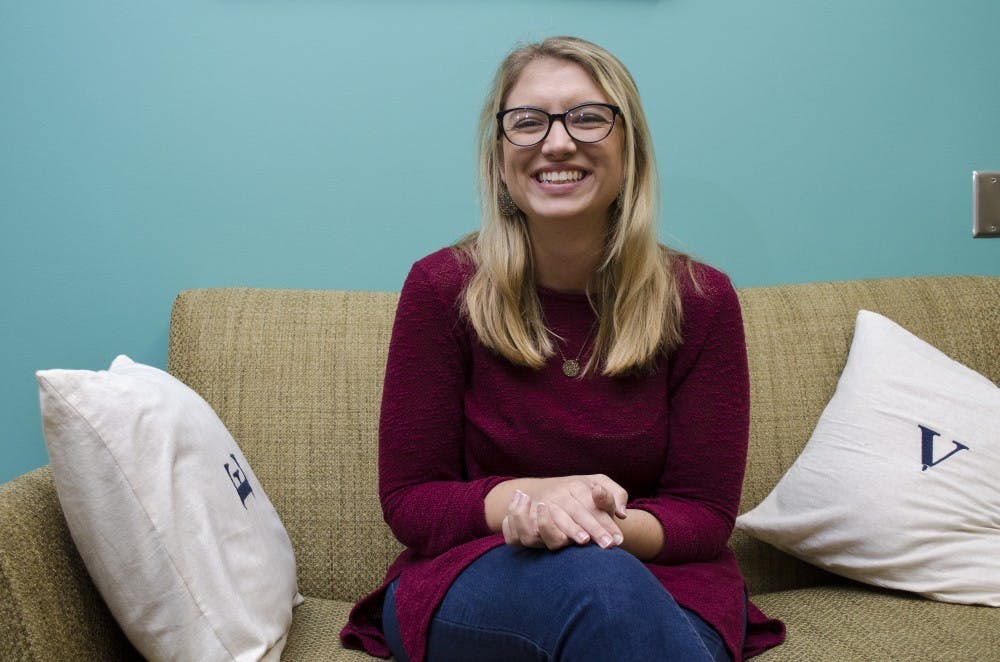 
Caroline Dean will begin her two-year term on the Board of Trustees this week.

Dean, who graduated May 19, will begin her service as a youth trustee on the Board of Trustees this Friday. The board elected her earlier in May.

The Board of Trustees, the overarching governing body of the university, consists of 41 people — two of them being youth trustees. Lauren Brown, ’17, is the other youth trustee and is in the beginning of her second year.

As a youth trustee, Dean hopes to bring a fresh perspective to the group.

“This is a great opportunity, and I’m extremely honored to sit on a board with so many people who love Elon, especially as a recent — and a very recent — Elon alum,” Dean said.

Jeff Stein, secretary to the board of trustees, said in an email that university departments recommend potential youth trustees to their senior staff supervisors, who then recommend them to the president.

After reviewing the recommendations, the president often interviews finalists, and then recommends a student to the Governance and Nominating Committee of the Board of Trustees.

That committee then makes a motion for a student to be elected to a two-year term as youth trustee, and the full Board of Trustees then votes on that motion.

Once elected, youth trustees are full voting members of the board.

“At such a student- and learned-centered institution like Elon, youth trustees provide invaluable perspective, opinions and expertise,” Stein said.

Dean was recommended to serve in this position because of her previous involvement on the presidential search committee, among other things.

In August, Dean will study in the first cohort of Elon's Master's of Higher Education program, where she will begin her apprenticeship in the Office of the Registrar.

As an undergraduate, Dean was heavily involved in undergraduate research, the Kernodle Center for Service Learning and Community Engagement and InterVarsity Christian Fellowship. She graduated as an Elon Honors Fellow with a bachelors of arts degree in psychology with a minor in neuroscience.

Stein declined to answer which other students were considered, but said Dean “stood out in every way, with impressive accomplishments and commitments throughout her Elon experience.”

“Based on the awesome responsibility trustees accept, youth trustees are expected to bring outstanding records of achievement as students, citizens, leaders and engaged learners,” he added.

In her two-year term, Dean said an issue she wants to focus on is diversity. She hopes to meet with students from different diversity groups on campus, listen to them and hear about their Elon experience.

“No matter how hard we try, we can never live the life of someone else,” Dean said. “I am hoping to get to talk to … these different groups that have maybe had a different experience than someone else so that working on these different committees I can maybe represent them well.”

Dean hopes to work with the Center for Race, Ethnicity and Diversity Education, Elon Volunteers and student leaders in Residence Life to learn about “all different angles of their Elon experience.”

She believes in this way, she can be a better representative on the Board of Trustees.

Because of her previous relationship with the Board of Trustees, Dean she's gained many mentors in the group. She said they have believed in her before she was able to fully believe in herself.

“I love being able to work in the higher circuit at Elon as a student, so being able to do it as a graduate student is anything beyond I could have ever dreamed of,” Dean said.