On a national day of student media activism, ENN's mission for the Elon community is more vital now than ever. 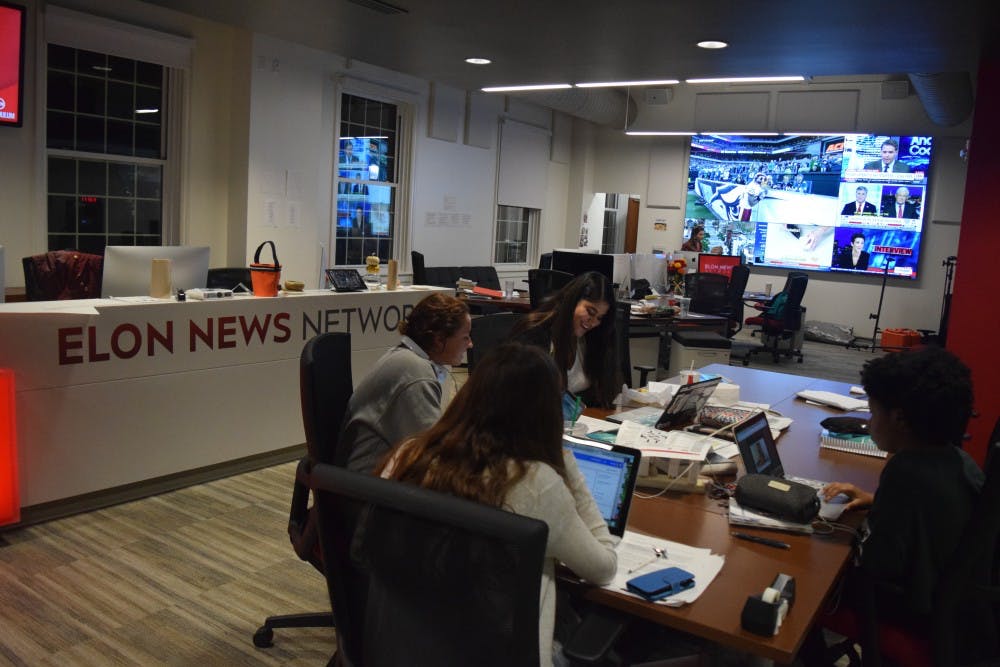 It seems fitting that the day I learned how powerful student media was at Elon was on a day the campus felt its most vulnerable.

I was in my freshman dorm room in Smith Hall playing Madden with some friends when an email from Smith Jackson, the then-vice president for student life, blinked on my phone. The subject line read: “Death of an Elon student.”

When I read the first paragraph, my jaw dropped. Demitri Allison, a wide receiver on Elon’s football team whom I had also played football with in high school, had died.

For about the next hour, my phone rang constantly.

Family and friends from Charlotte kept calling and texting me, asking if I knew what had happened. But I didn’t. All I could do was read to them what the email said: that he had died after falling from a 10-story building at the University of North Carolina at Chapel Hill.

As a kid who had been in college for less than three months, this was terrifying. A mentor, someone whom I and many other people had looked up to, had died.

We didn't know what happened, and people were looking to me to know that information.

At this time, I had just become a reporter for our campus news organization, Elon News Network.

When I called my sports editor to ask him if he knew what had happened, he, along with the editor-in-chief, were already en route to UNC to cover the story.

Over the next day, they reported crucial details about whom Demitri was with, the timeline before his death, and highlighted the good in him by explaining who he was — someone who loved to laugh and made everyone around him better.

This was not only beneficial for me, but for everyone else who read that coverage, because it was the start of the healing process because we knew precisely what happened.

That’s only one example of the reach student media can have. And there are countless more examples like this on a national scale. But the possibility for student newsrooms across the country to do quality work like this is under attack.

Student newsrooms across the country — including ENN — are using today, April 25, as a day of solidarity.

When you look at the landscape of student media, some bleak things are happening. Lack of funding, censorship of stories and loss of editorial independence to university administrations are all too common at other colleges.

At Elon, we’ve been blessed to not so much encounter these problems. We have systems in place, such as the Media Board, to protect and fight for us should a situation like this arise.

Over the past three years, I have noticed that relationships between ENN and key administrators and other important organizations have frayed. It’s nothing new — professional media is suffering from the “Fake News” narrative and lack of trust in the journalism industry, and that has seeped into college media as well.

But still, it is frustrating when key people to essential stories refuse to talk with us, or when negative, incorrect rumors about our methodology and how we operate are spread around campus.

We do an important job, and we need the baseline cooperation of campus and basic knowledge of how media works in order to fulfill it and to do so at a high level.

No other organization has read through 60 pages of a new law and then thoroughly explained how this could increase law enforcement's ability to racially profile Hispanics in Alamance County, as today’s front page illustrates.

No organization has the reach to properly highlight the lack of resources Elon’s counseling services experienced last fall.

We also tackled issues as serious as sexual assault, to preparing for the possibility of a mass shooting, to exploring the political division on campus.

Yes, some stories we run will inevitably make people uncomfortable. It’s incredibly challenging for a fraternity to publicly address the community after a racial slur incident, and for a search committee to answer questions about why a presidential search was being conducted in secret.

But ENN’s job is to bring to light problems — and successes — on our campus, and present the facts in a fair way. We won’t shy away from this mission, either.

And I know in the past, there have been some mistakes. Journalists are human, too, and sometimes we don’t get everything correct on the first try.

But this is something professionals deal with as well, and ENN does its best to address errors as quickly and accurately as possible.

As more than 100 college newsrooms around the country stand in solidarity today, my specific message to Elon is to think about ENN in a new light for the years to come.

As I said before, we don’t lack the resources at Elon to do our job effectively. But to be effective and ensure that we are doing it fairly, we need cooperation from the parties outside of our newsroom.

I’m blessed to work with so many talented, hard-working individuals, and I’m proud to call them my friends. All of us have the same mission, to report the news and make an impact on our audience.

Journalism is a two-way street. I, along with my entire staff, have some great ideas about how to cover some important stories with unique angles — but we can't do it without you.

As the current leader of this organization, I cannot change what has happened in the past — but I want to repair any broken bridges. My email is emorgan7@elon.edu. Please reach out to me if you have concerns.

I know the editors at other student newsrooms feel the exact same way.

I still have that newspaper with the story of Demitri’s death in my bedroom in Charlotte. I keep it not only as a reminder of the person he was, but also to remind me of what effective journalism can do.

ENN will always have the power to go beyond the emails, tweets and press releases to tell important stories in a deep, meaningful way. And I know we, along with every other college newsroom in the country, will continue to do this, even if the odds seem against us.