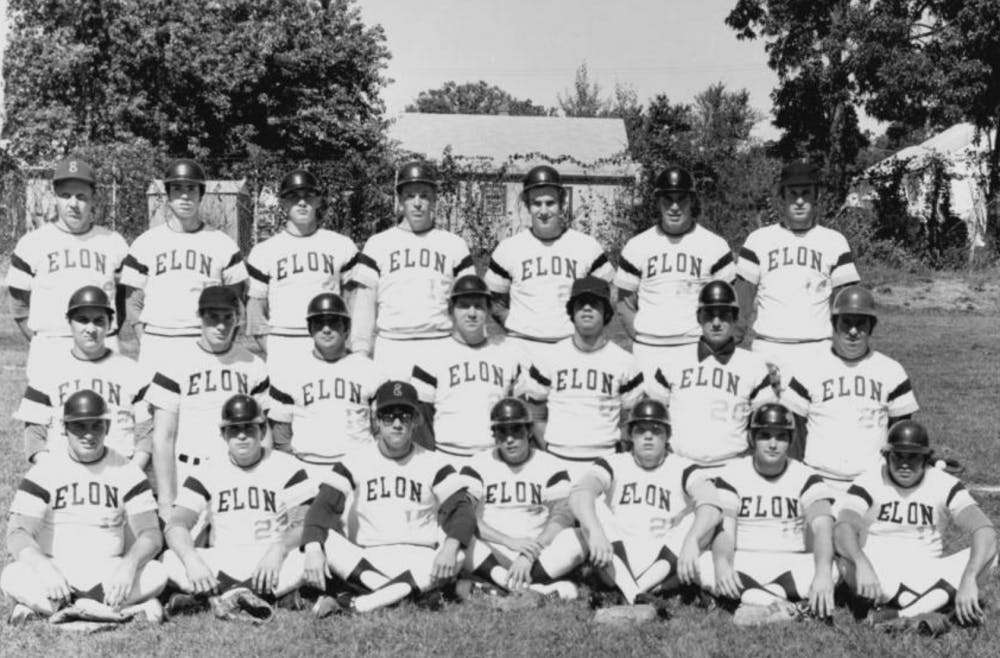 The Elon University baseball team hosted its second annual alumni weekend, which welcomed over 50 alumni to rekindle in their glory days as a Phoenix.

Last Saturday, baseball players of all ages participated in a pregame tailgate that served all of America’s common ballpark meals.

“I have not one regret coming here” Elon Baseball Alumnus William “Dallas” Tarleton said about his time at Elon.

The event was organized by head coach of the program and 1990 graduate of Elon, Mike Kennedy, who just recently captured his 700th win of his career.

“It’s really special because I coached a lot of these guys or played with some of them” Kennedy said. “it’s awesome for me to reconnect with guys that I’ve been around and coached and played with but also learn and talk to some of the guys who were here before me.”

Alumni like John Krol and Tim Patton, who played for Elon College in the 1980s, said the program that they played for over 30 years ago has grown tremendously.

“It’s a University now, it was a college then” Kroll said. “We were the Fighting Christians.”

When asked about their favorite Elon dugout stories, Krol assured that stories off the field were “just as bad” as the stories on the field, referring to the times they fooled around as college athletes.

Still to this day, the 1981 Elon Baseball team holds one of the best record in program history.

“We were legends in our own minds” one alum said.

A recent Elon Alumnus, Jimmy Reyes, was pitched from 2006 to 2010. In 2008, the team won the  Southern Conference (SoCon) tournament in Charleston, South Carolina.

“Dogpiling in Charleston was fun when we won the tournament there” Reyes said. “We had an unbelievable time here. All the memories in that dugout, we really got to enjoy all of those moments together.”

Tarleton was on that team as well. He enjoyed the inaugural Alumni Weekend so much that he came back for round two this year.

“I try to get here when I get the chance” Dallas said.

The current baseball team is on an eight game win streak after sweeping the University of Hartford Hawks this weekend, and they love when alumni come back to watch them play.

“It’s always fun, it’s always a great time” pitcher Robbie Welhaf said. “When they are lined up on the fence it defeinley motivates us to play well and play for them, because now that most of them are not playing baseball anymore, there missing it a little bit- so being able to come out and perform like we did is really awesome.”

“They get a kick out of it” Coach Kennedy said. “It’s really nice to have those guys around, from time to time they’ll say something nice to our guys and talk to them about how they’re doing. I think our guys fed off that.”

Welhaf knows that majority of the guys that come back are unfamiliar with him. And although he may be a new face to the group of Alumni, they will always be linked by the uniform they wear.

Although they can't have the alumni stick around and cheer them on for it, the team will take on University of North Carolina Wilmington this upcoming weekend.