Phoenix will host Tar Heels for the first time since 1950 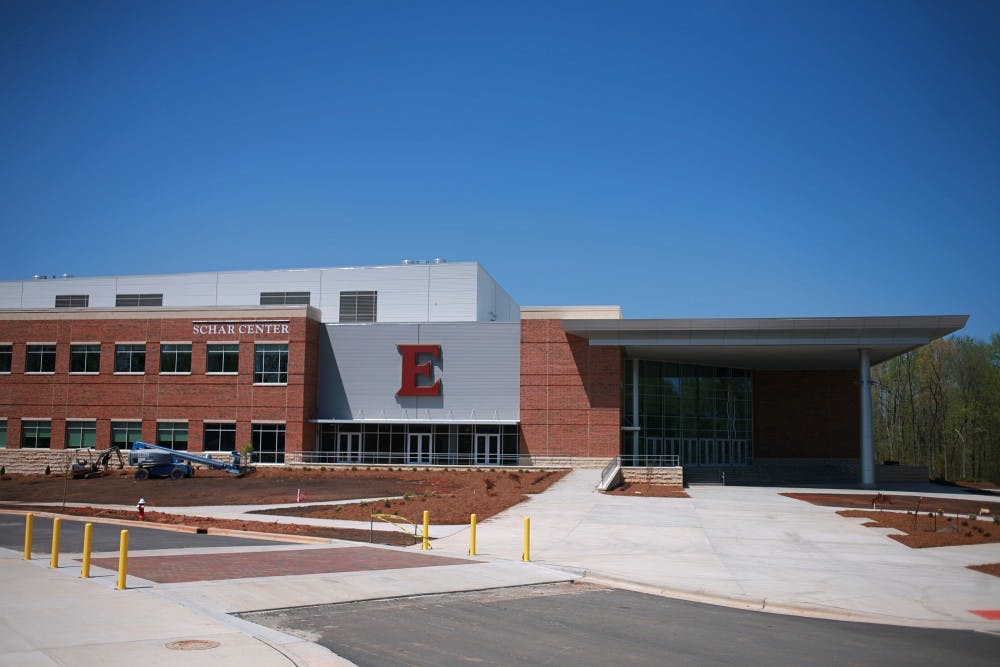 The newly opened Schar Center was built off of the $12 million gift from the Schar family.

Elon University has announced that the Phoenix will be hosting the preseason No. 9 team in the country, the University of North Carolina Tar Heels, to ring in the opening of the Schar Center on Friday, Nov. 9. In 2016, UNC won the NCAA national championship.

When the Tar Heels make the 42-mile trek west from Chapel Hill, it will mark the first time they visit Elon since the 1950 season, 68 years ago. It will be the 23rd meeting between the in-state rivals, and the first game against each other since Dec. 30, 2011 when Elon went to Chapel Hill, and lost 100-62 on the road.

Elon will look to fill the 5,100 seat arena by bringing in a marquee matchup to tip-off the year. UNC will be coming in with two five-star recruits in the form of Nassir Little, the fourth-ranked strong-forward in the class, and Coby White, the fourth-ranked point guard in the class.  Elon head coach Matt Mathney said this game fits perfectly for setting the tone for the new building, in terms of the caliber of the opponent.

"When the Schar Center first became a reality, we wanted to have an opener to draw as many people as possible into this beautiful facility and there is no greater opener than playing the storied program right down the street, the University of North Carolina," he said.

Elon is no stranger to games against power-five teams. Elon recently came off a three-year stint of playing Duke University annually. Though Elon went 0-3 during that stretch, the experience they gained from playing a top-tier team like Duke may provide the spark they need to shock UNC and kickoff the Schar Center era in style.

Director of Athletics Dave Blank said in a statement: “We are excited to open Schar Center in a few short months. This facility will have a tremendous impact on our campus and community and we are thrilled for everyone to experience all that Schar Center has to offer. We're very appreciative of Coach Williams, Bubba Cunningham, and the UNC Tar Heels for agreeing to be part of Phoenix history as we play our opening men's basketball game.”