It's never too early to chase your dreams 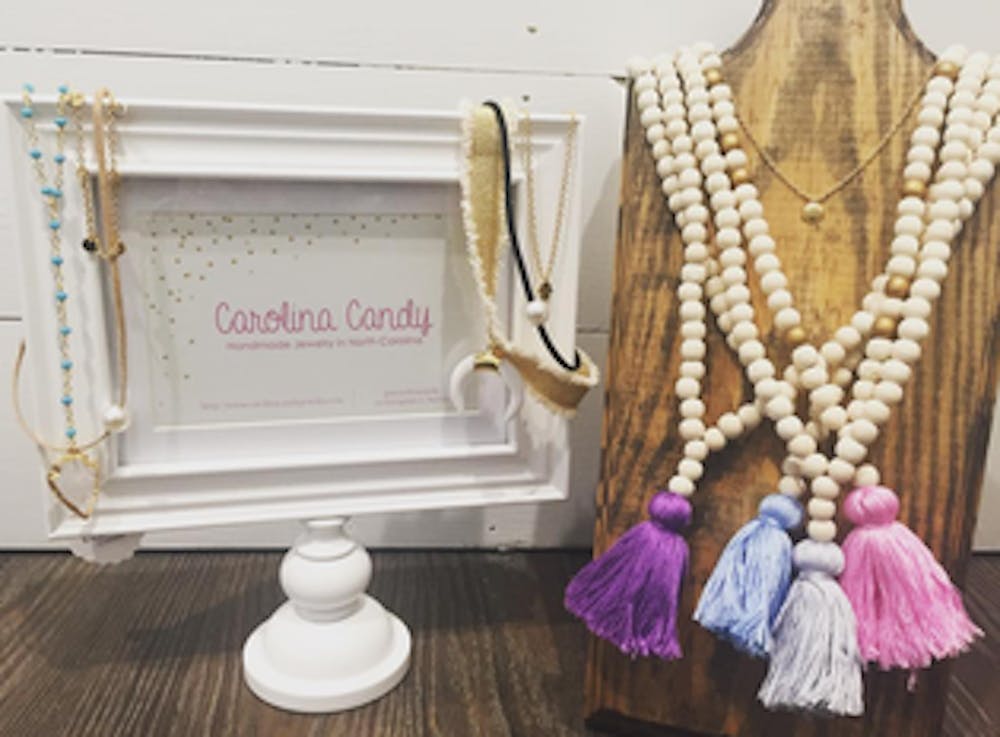 Smiling from ear to ear, 11-year-old Kate Ulveling didn’t let age stop her from selling her jewelry for the first time at a local farmers’ market. Though the tiny, blonde-hair, blue-eyed girl was the youngest vendor by more than 20 years, she knew how to develop, organize and manage a business like every other vendor there.

From her earliest memory, Ulveling has always had a natural marketing mindset. In elementary school, before owning a business was ever on her mind, she would leave the dollar store with multiple bags of candy, reselling them later on the street corner for 50 cents each. Before that, she was painting colorful messes in her kitchen to sell for 25 cents to her neighbors.

Junior Nicole Seay, Ulveling’s sorority sister, said, “She is dedicated to encouraging others to go for things even if they think they
have no chance.”

Moving from state to state

Growing up, Ulveling’s dad was a college basketball coach and was one the biggest influences on her. He taught her to commit to something and manage her time at a young age.

While she was very petite, her size didn’t stop her from following in her father’s footsteps and playing basketball throughout her childhood.

“Whenever I get into something, I give it my all, put all my energy toward it and work extremely hard,” Ulveling said.

Though she’s not playing basketball today, she’s her happiest when she’s living a fast-paced,
active lifestyle.

After dabbling in fashion in high school and having some flops here and there, Ulveling decided to give jewelry a real shot.

Inspired by the tassel trend, she began by selling colorful pieces through her Instagram, and it took off from there.

When she entered college, she had to learn to balance her new life.

While the typical student was just trying to settle into a new life away from home, Ulveling was managing that on top of her new business.

“I would have boutiques ask for 50-plus handmade necklaces with a week turnaround date and would get no sleep those days because it was new, and I wanted it to thrive, and I invested so much money into it that I wanted to get a good profit out of it,” Ulveling said.

Stepping back and learning

By the end of her freshman year at Elon, Ulveling made the decision to turn her small Etsy shop into a full business. She launched her website, Carolina Candy, so she is in full control of where and when she sells her pieces.

A year and a half after launching her business, Ulveling continues to put out new collections every season.

She has learned to put less stress on herself. She wants her business to remain a side job, and put her relationships and schoolwork first.

Ulveling is currently selling to trunk shows and pop-up shop events but wants to do less output for boutiques in the coming time.

What’s the plan for Ulveling after college? Shockingly, it’s not to become a full-fledged entrepreneur. She fell in love with corporate America during her freshman year at Elon and hopes to pursue it when she graduates in a year.

Being an influence to everyone around her

Ulveling strives to have as uplifting a life as possible. She explains that she’s in no way perfect and still has her down days like
everyone else.

But she dusts herself off and gets back up to try again.

Her drive and motivation is why so many respect her and look up to her.

Senior Lexy Palmer, Ulveling’s friend, said, “By exercising her passions and sticking true to who she is, Ulveling has such a positive influence on everyone around her.”