Creating a home away from home 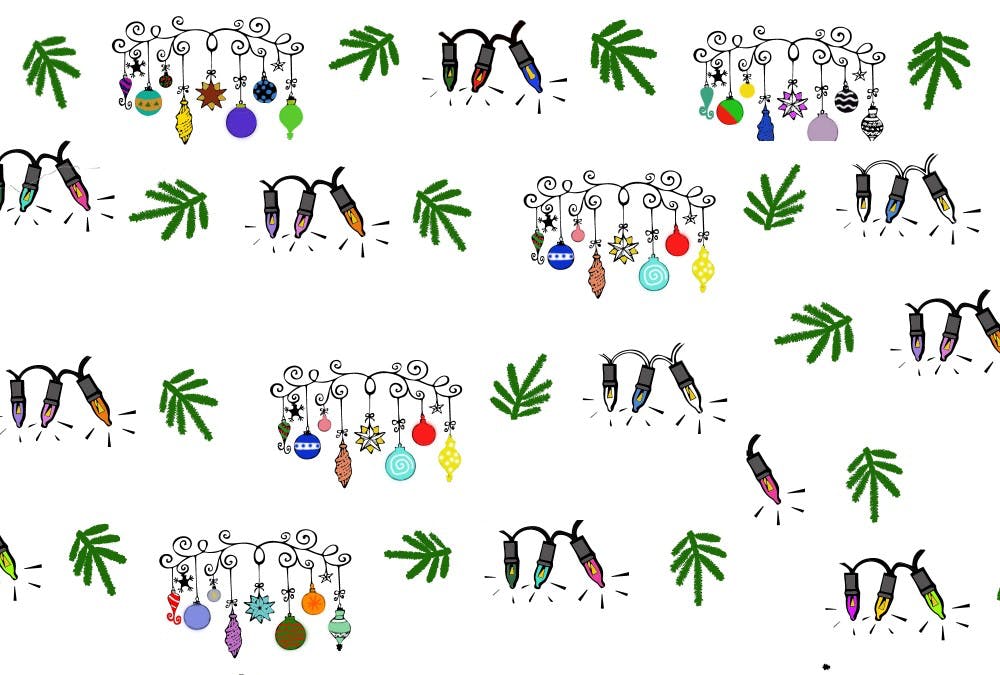 Even before Thanksgiving break began, the residence halls at Elon University were decked with Christmas decorations. Previously, cobwebs, spiders and pumpkins were the main source of ornamentation, but as early as Nov. 1, these scary adornments were replaced by cheerful bows, stockings, snowflakes and garland.

“I decorated before Thanksgiving break so I wouldn’t need to worry about decorating when I got back because I knew I would be busy with finals,” said freshman Madison Iskra. “I also did it so I could enjoy the decorations for a little longer than just two weeks.”

Carolina Hall is one example of this. On the first floor, stretched from door to door are strings of shiny blue, red and gold tinsel. Tiny red stockings with the name of the occupant hang on the door of each room. One pair of roommates even completely covered their door with Christmas wrapping paper. And on the second floor, a door is made to look like a present, topped off with a large bow.

This level of dedication to the holiday is not uncommon, though most people stick with the more mundane miniature Christmas tree to embellish their dorm room. This small token is a reminder of the big tree that awaits the eager students at home.

Aside from being a tribute to the traditions at home, decorating for Christmas is a way for friends to bond. “All of my friends decorated for Christmas,” Iskra said. “My mom and I thought it would be cute to get all of my friends mini Christmas trees and ornaments as presents. We all got together the week before Thanksgiving break and decorated them together.”

While this perhaps premature Christmas cheer is a source of anticipation and excitement for most, to one pair of roommates living in Global, whether to decorate early for Christmas was a source of contention. Elon freshman Catherine Dickey believes it’s not appropriate to start celebrating Christmas until after Dec. 1.

“Because Christmas is already so commercialized, I think that Thanksgiving deserves a full season as it’s about being thankful for what you have,” Dickey said. “People don’t celebrate Thanksgiving to the extent that they do Christmas, but I like being thankful better than I like gifts. That’s just me.”

For her roommate, Caroline Moore, Christmas is a more significant holiday.

“I like Thanksgiving and don’t have anything against it. But we have so many Christmas traditions and memories because that holiday is the one where both my mom and dad’s side are all in Greensboro and it’s just so much family time, [which] is so special to me,” Moore said. “That’s why I love decorating and listening to Christmas music as early as possible because it reminds me of how much I love [the holiday].”

So Moore, and even Dickey, the self-proclaimed “Thanksgiving Enthusiast,” will be decorating their dorm room this year for Christmas, though of course not a moment sooner than Dec. 1.

“I think we might put some snowflakes and other wintery stuff up, and we might get a small tree and put some cute little ornaments on it,” Dickey said.

For students looking to spice up their living space, some common places to shop for Christmas trinkets and trimmings include Target, Michaels, Homegoods and Amazon.