With 55 percent of the vote, Baltutis defeats Celo Faucette 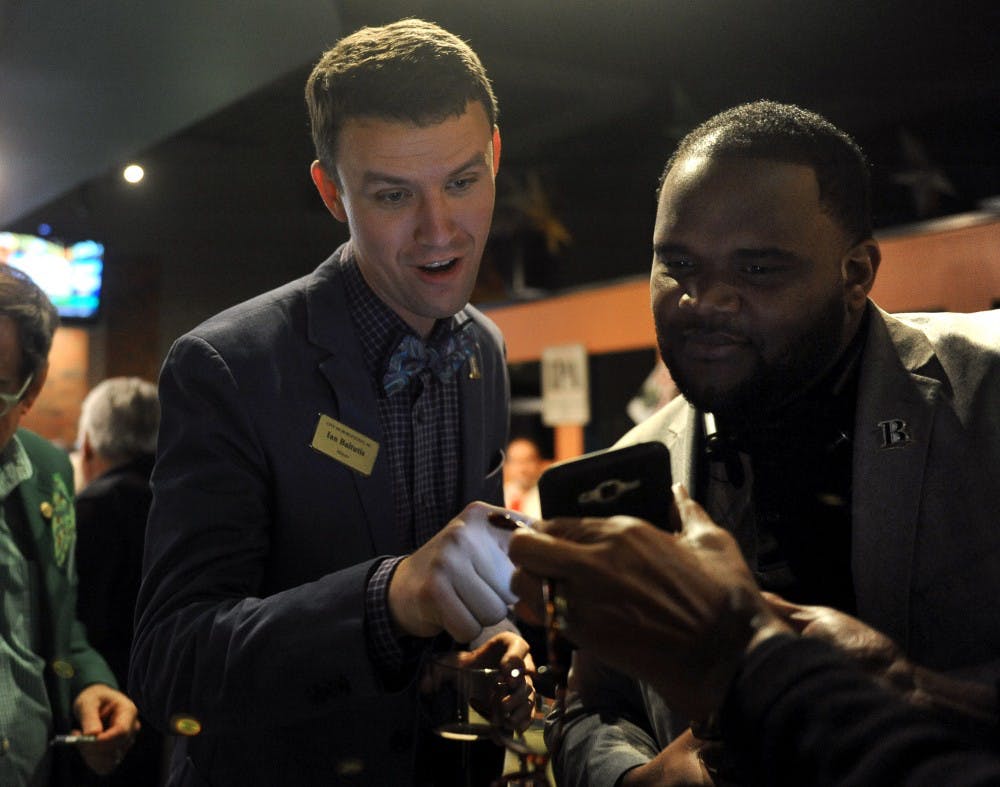 Ian Baltutis has been elected as the mayor of Burlington for his second term in office.

Shortly after 9 p.m., the Alamance County Board of Elections announced Baltutis' victory on their website. Baltutis won the election with 55 percent of the vote.

Baltutis' campaign platform was based on improving the quality of affordable housing, growing local businesses, promoting diversity and decreasing crime rates throughout the city of Burlington.

"Improving the quality of Burlington's affordable housing is what we need to focus on first," Baltutis said. "It is the root to so many problems, and if we improve our housing, other aspects of our community will improve."

The mayor's second term will last until 2019. For the next two years, Baltutis intends to pursue his goal of increasing citizen engagement throughout Burlington.

“My mission when I first started running for mayor was to always include more people in our community,” Baltutis told Elon News Network on Oct. 28. “We prosper based on citizen engagement — it’s not about what I do as mayor or what any of our city council members do — it is about what we come together as a community and do.”

In terms of the results, Baltutis was most excited to see how many people in the Burlington community voted.

"I cannot wait to see those numbers flash across the screen," Baltutis said.  "That's what I've been working on the most — getting people to vote."

As results from the polls were streaming in, Baltutis held an election watch party in Mellow Mushroom where he was joined by many of his supporters. One of them being long time Burlington resident Roger Moore.

"Ian is the best mayor that we could wish for," Moore said. "As an active citizen in Burlington I am thrilled that he will be serving for another term."

Originally from Minneapolis, Baltutis came to North Carolina to pursue his education at Elon University. He graduated from Elon University in 2008 with a degree in business entrepreneurship.

After several years of living in Burlington, Baltutis won his first term as mayor with 55 percent of the vote in 2015.

In this 2017 election, Baltutis' beat opponent Celo Faucette, who received 44 percent of the vote.

Despite the loss, Faucette, who served as mayor pro-tem since 2014, intends to remain an involved citizen in the Burlington city.

Baltutis thanked Faucette for contesting the election, saying that it only helped improve the Burlington community.

"I want to thank Mr. Faucette for running, thats why I got into politics to help improve this city, and that's what Mr. Faucette did by running," Baltutis said.

Baltutis is excited to continue to serve the Burlington community as mayor for two more years until the next election in 2019, where he plans to run for his third term.