Elon Poll indicates change in holiday season shopping habits, perspective on the state of the economy 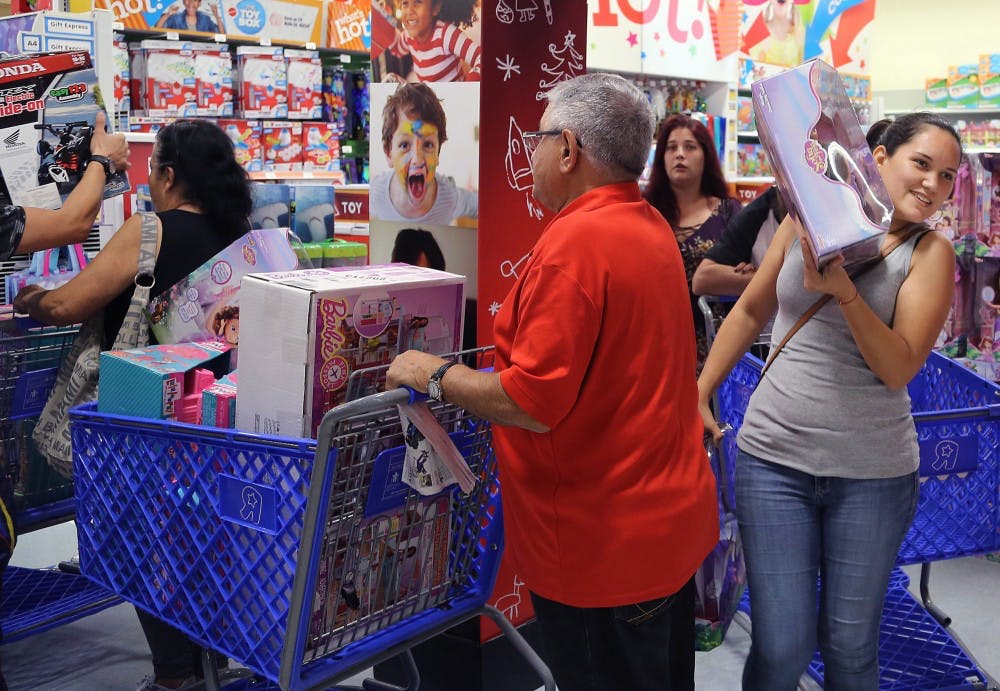 Early Black Friday shoppers rush to the register at the "Toys R Us" as the holiday season sales began on Thanksgiving Day, Nov. 23, 2017 in Doral, Fla. Photo from Tribune News Service

More than a third of North Carolina residents plan to shop online for Cyber Monday, compared to the 21 percent who plan to shop in-stores on Black Friday.

The most recent Elon University Poll, occurring between Nov. 6-9, surveyed 771 North Carolina residents about their holiday shopping habits, gathering data on how much people plan to spend this year on gifts and when they plan on buying them. Participants were also asked about their opinions on the current state of the economy, more than a year after President Donald Trump's election, and what they predict the economy will look like one year into the future.

Similar questions were asked to a pool of North Carolina residents in 2013, and the results indicated that more people would shop on Black Friday, about 26 percent, and 35 percent would shop on Cyber Monday, while 46 percent said their spending would stay the same, compared to the 59 percent today.

In regards to the state of the economy, North Carolina residents are more optimistic than they were four years ago, with 39 percent saying the economy would get worse in 2013, compared to the 20 percent who hold the same view today. About 32.5 percent expected the economy to get better in 2013, while today 38 percent of residents surveyed hope the economy will get better.