Elon crushed by No. 1 Duke 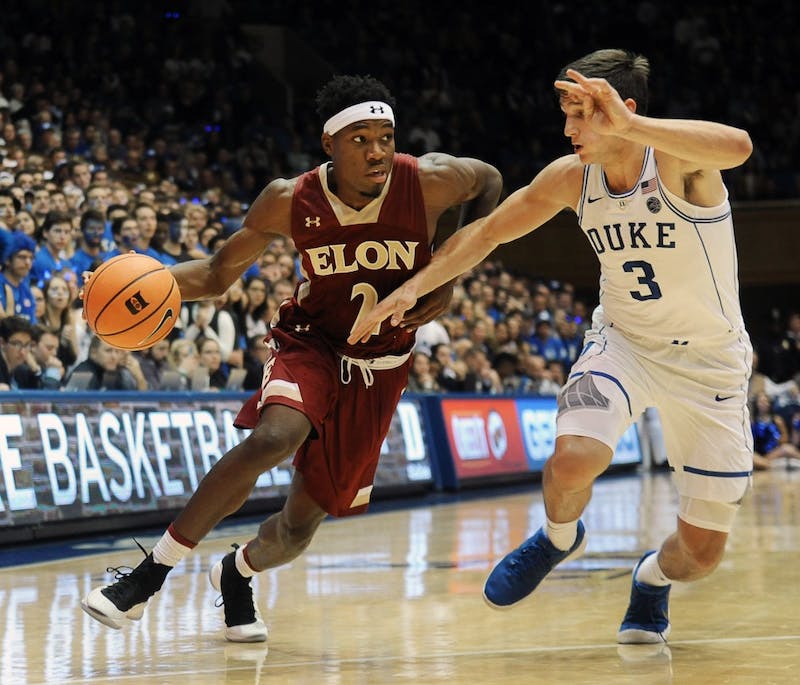 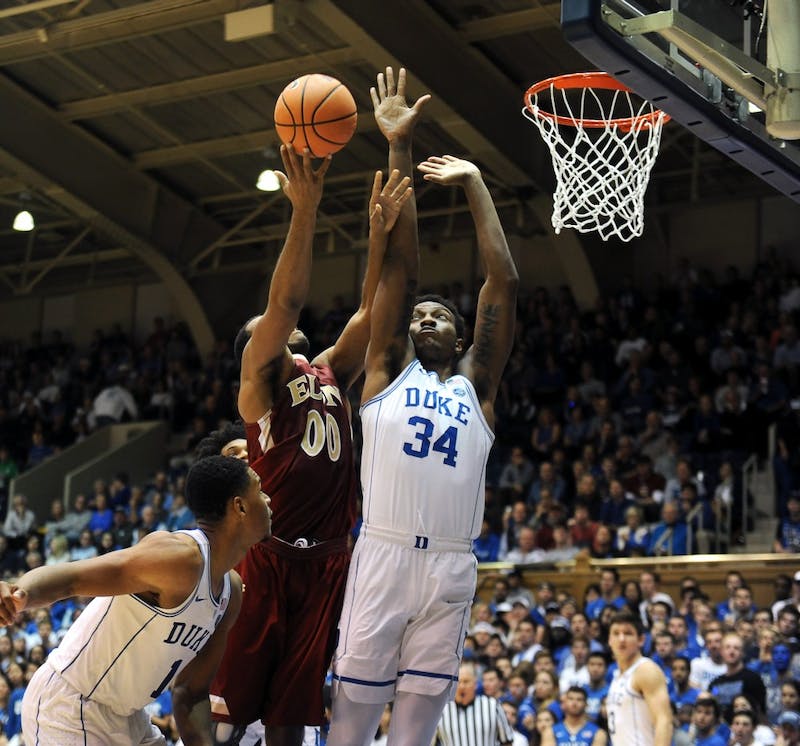 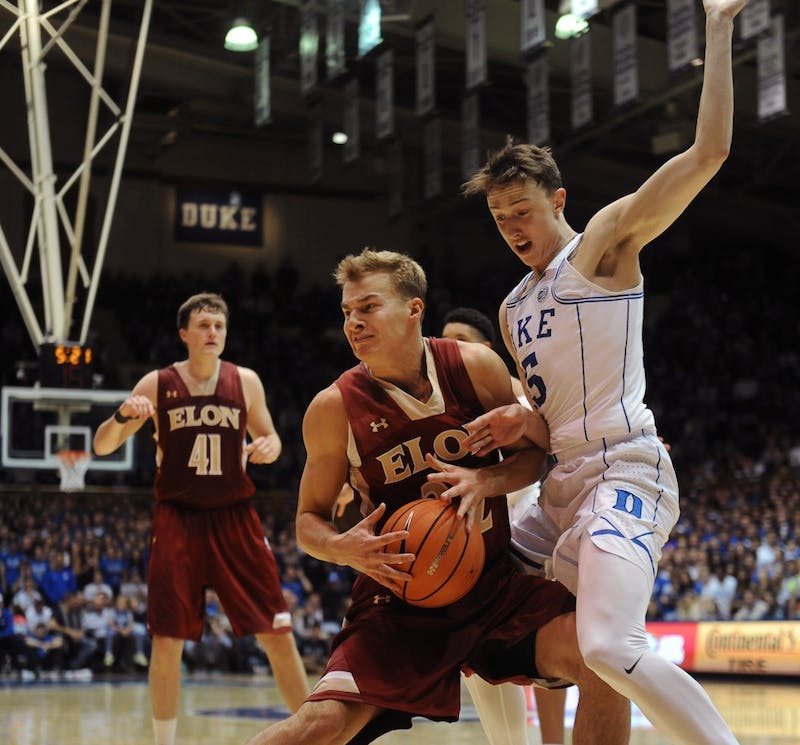 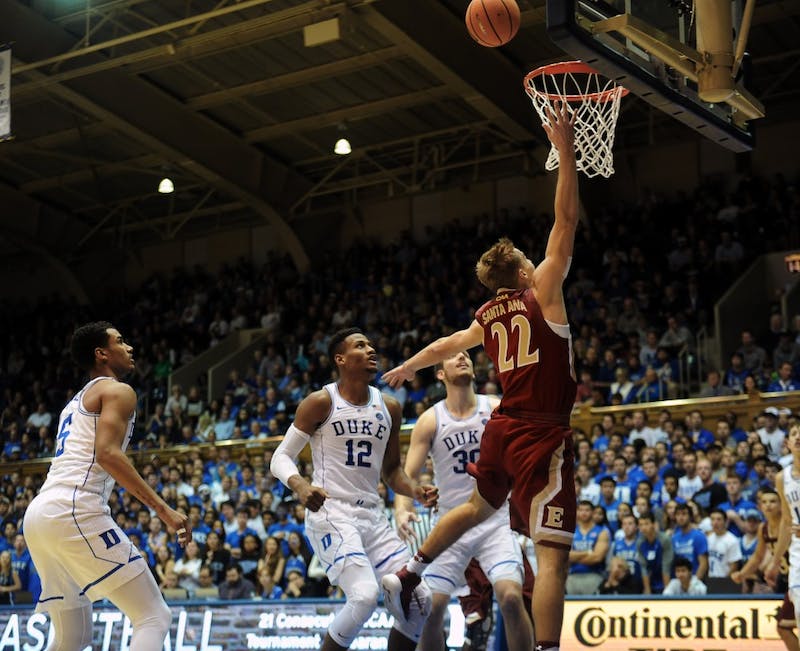 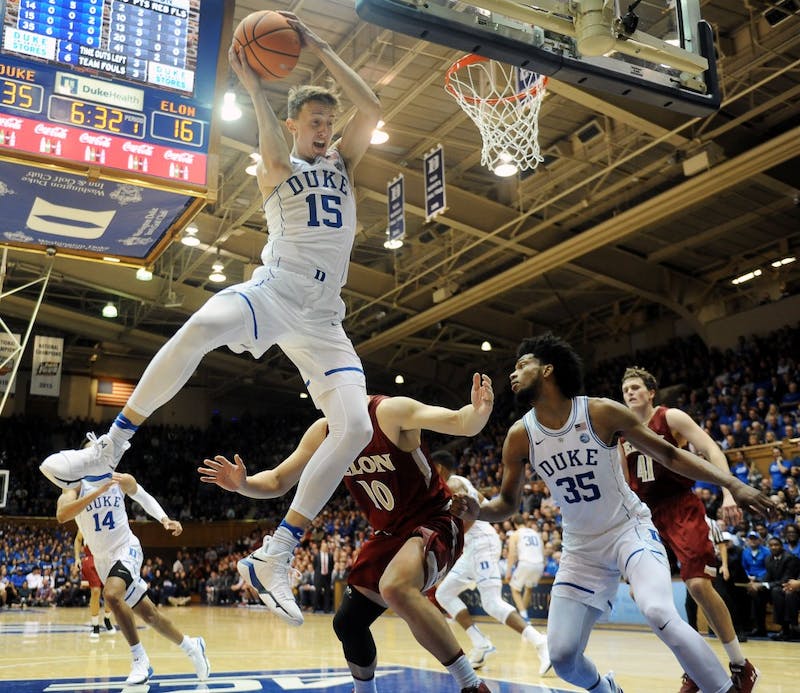 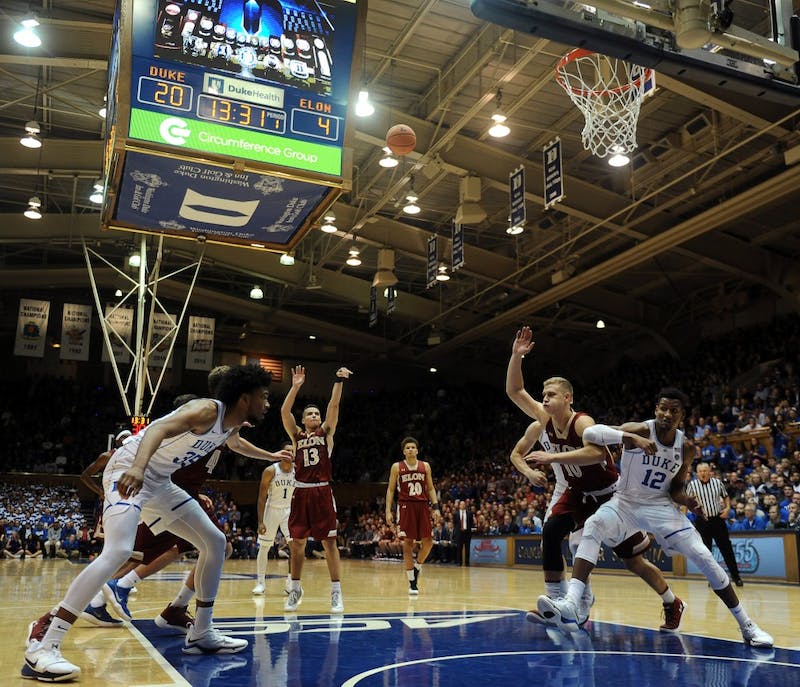 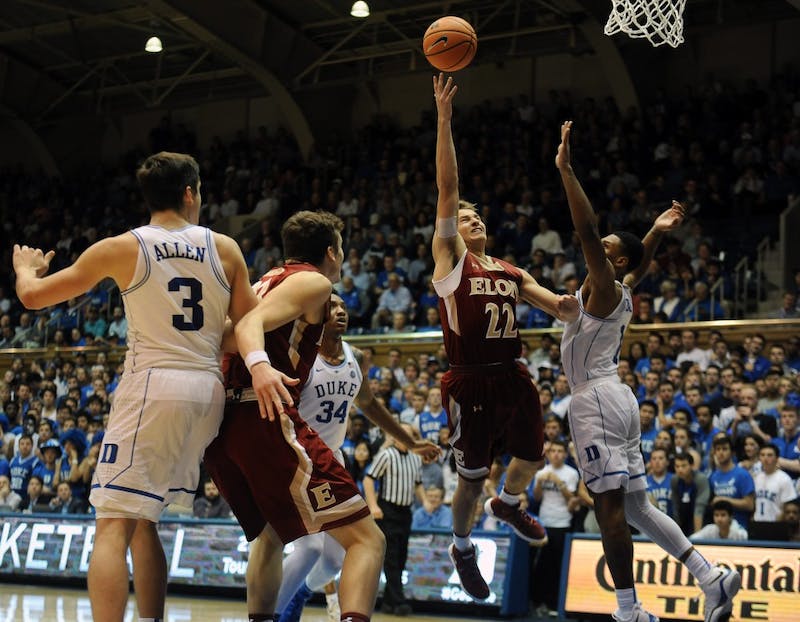 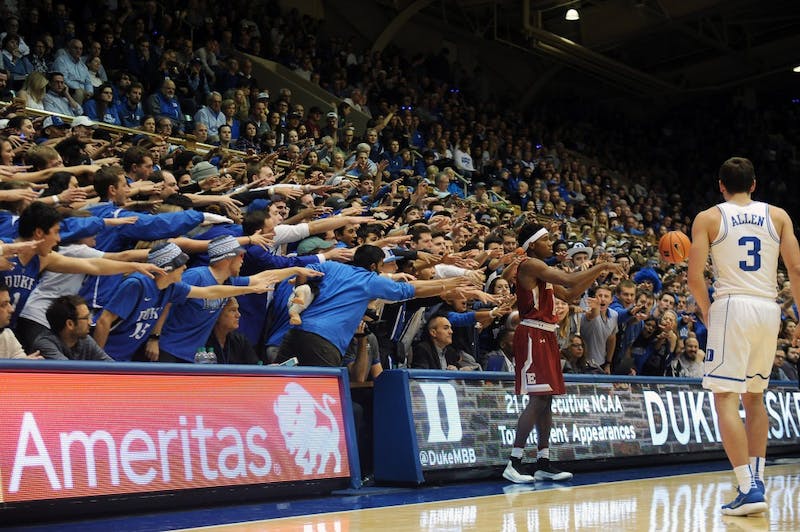 From there, Duke took over.

“Their athleticism and length kind of played a factor early on,” Seibring said. “They're a pretty aggressive defense up front and some of the issues came when we saw that and we didn't do the things we needed to do to trust our offense.”

By the half, Allen had 19 points, hitting five of eight from behind the arc.

“I thought Allen’s threes early in the game really set the tone,” Elon head coach Matt Matheny said. “When they made those shots early, you have to value bending your knees and buckling down in adverse times. We didn’t do that and the spread got away from us a little bit.”

The top-recruit in the country, freshman Marvin Bagley III, added 10 for the Blue Devils. In his first career college game, the 6’11” freshman forward made his presence known to the Phoenix squad, playing 19 of the first 20 minutes.

Mistakes and missed shots from the Elon offense added up, as the first-ranked Blue Devils continued cruising.

“It can get magnified,” Matheny said about the mistakes. “I thought offensively, we rushed. We took the first open shot or anything close to being open.”

Phoenix junior guard Danian Swoope matched Bagley’s court time, but was only responsible for five points for the Maroon and Gold over that span. Three other Elon players reached five points before the half, including redshirt-senior forward Brian Dawkins, senior guard Dmitri Thompson and junior forward Karolis Kundrotas.

But the disparity in scoring  showed. Duke marched to a 45-25 lead going into the break, a big change from the previous year’s game when Elon led 35-34 at the half.

Coming into the second half, Duke continued to shine, adding nine quick points to the Blue Devil’s lead before back-to-back Elon 3-pointers from Seibring and Thompson halted Duke’s run.

Seibring added five more over the next minute to help his Phoenix squad.

Thompson and junior guard Sheldon Eberhardt added to their totals in the paint, driving to the net a couple times in the middle of the second 20 minutes.

But no matter what the Phoenix squad tried to do, it didn’t seem to be enough to erase the deficit that the Blue Devils created.

Bagley set a new Duke record for the most points scored by a freshman in a season-opening game.

“We didn't play well and it’s disappointing,” Thompson said. “We're all disappointed in ourselves because we are a veteran team and we expected to come out here and give them a run."

Elon’s depth showed as nine of 11 players who had minutes tonight scored points for the Phoenix, none of whom topped 13 points. Redshirt freshman Seth Fuller had the first five points of his Elon career after coming off the bench in the second half.

Duke, on the other hand, fed its top guys, with both Bagley and Allen finishing the night with more than 20.

“You never want to lose any games, especially when you're waiting so long for the season to start,” Seibring said. “We're looking for tomorrow. We'll be ready to play then and, like I said, we'll learn our lessons from this. We need to because they kind of punched us in the mouth.”

The Phoenix has a quick turn around as it plays again tomorrow night at 7 p.m. when Elon welcomes William Peace University to Alumni Gym.